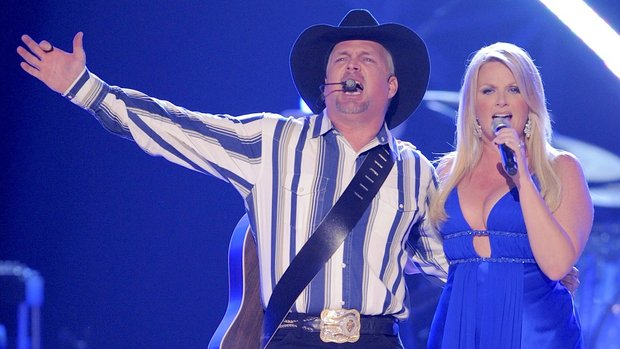 For YEARS Garth Brooks and Trisha Yearwood fans have been patiently waiting for a duet album from the talented couple— it seems like 2016 might be the year. Radio station WIN 98.5 reports that the pair spent their holiday season recording a Christmas album.

“To hear her do ‘What Are You Doing New Year’s Eve?’ is like, ‘Oh my God!’” country music icon Brooks gushes over Yearwood’s spectacular vocals.

Ever since Yearwood and Brooks treated us to their “In Another’s Eyes” duet in 1997, we’ve been craving more. The musical couple have released their own Christmas albums individually, but never as a team. You may recall Brooks’ 1992 Beyond the Season,1999’s Garth Brooks and the Magic of Christmas, and Yearwood’s 1994 The Sweetest Gift.

We hope this new album of holiday duets will be released right before the 2016 holiday season hits.