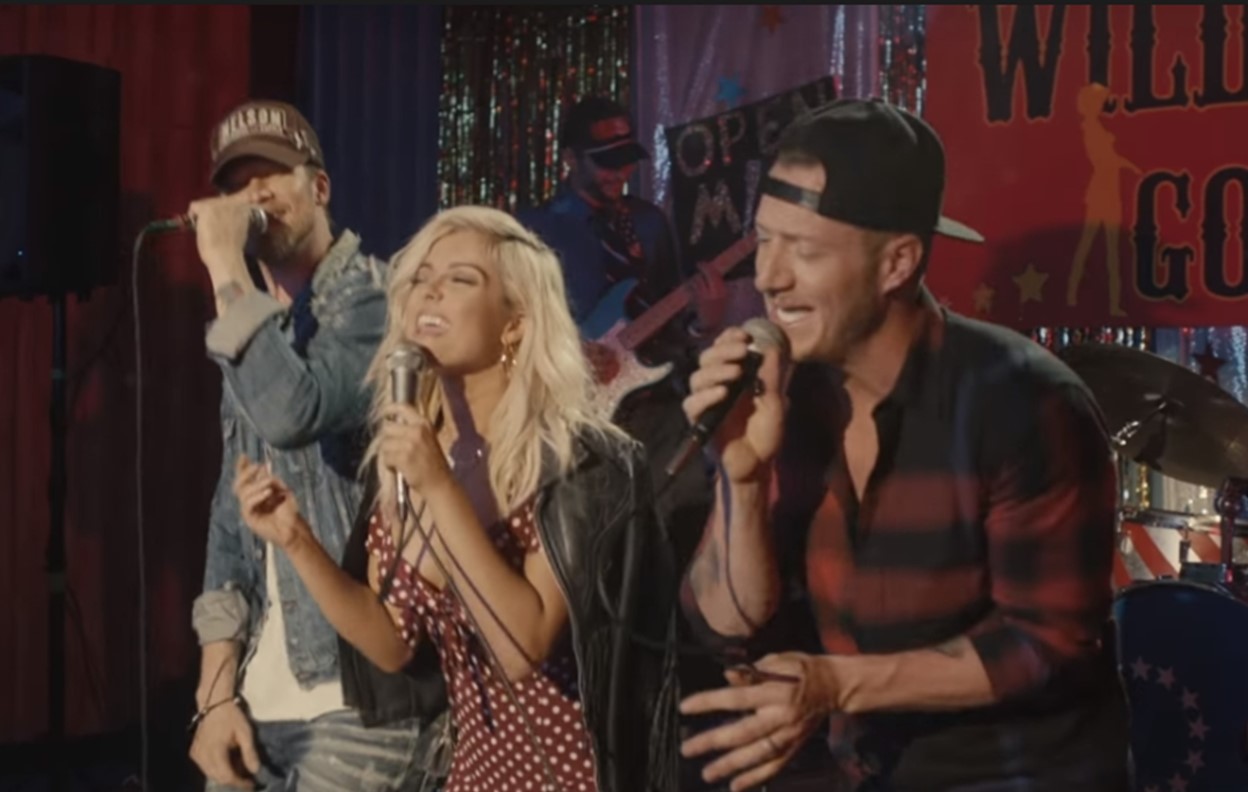 Bebe Rexha and Florida Georgia Line‘s “Meant to Be” has now dominated Billboard’s Hot Country Songs chart for 24 weeks, matching the country music duo’s smash 2012 hit “Cruise” in performance. Country artist Sam Hunt‘s “Body Like a Back Road” stands in the way of the trio taking the top spot. Hunt’s infectious hit spent 34 weeks at No. 1 last year. We’ll have to see if “Meant to Be” has the ability to defend its position against the onslaught newer songs from consistent hit-makers Jason Aldean, Kenny Chesney, Luke Bryan, and others.

“Crazy to see how this song has taken on a life of its own and hear that it’s making chart history,” Brian Kelley shared with Billboard. “Bebe is part of our tribe now, and it’s been magic to see fans from all over the globe react to such a special song.”

Watch the entertaining official “Meant to Be” music video below!

Surprisingly enough, writing the hit wan’t a huge, planned out affair. It came about naturally during Bebe’s first meeting with FGL’s Tyler Hubbard alongside songwriters David Garcia and Josh Miller.

“We were just out in LA writing,” Hubbard shared in an interview with his label, Big Machine Records. “[We] reached out to some different artists and she [Bebe] hit us back at last minute and said, ‘Yeah I’ll come to the studio tonight.’ I don’t even think she knew we were going to write a song. I think she just thought we were going to hang out and meet and maybe schedule time to write. But me and the boys were ready to write.”

“We wrote that song in a couple of hours and [Bebe] sang down the demo,” Hubbard confessed. “We left with the song pretty much the way it is on the radio, so it was a pretty awesome night. I think as songwriters that’s kind of what you live for. You know, there’s a lot of days that don’t unfold that way and don’t come that easy and sometimes the songs sort of falls out of the sky and it’s those writes that you kind of live for.”

Congrats to Bebe and FGL on their continued success! Share this news with other fans of this song!