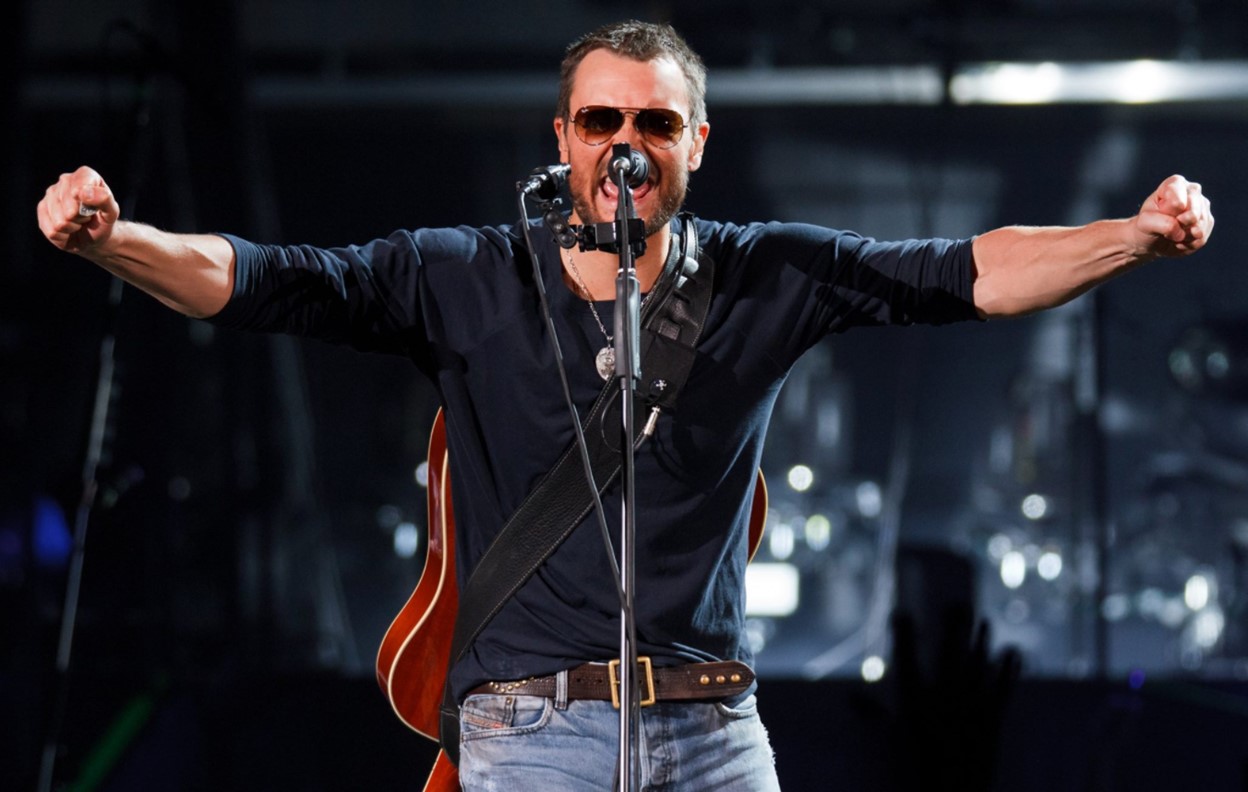 Country music superstar Eric Church was all about adding in classic rock covers to his 'Holdin' My Own Tour' set list! Check them out here!

Country music star Eric Church is a huge fan of classic rock and displayed his passion for the genre during his record-breaking, Holdin’ My Own Tour. Besides playing his own material, Church also entertained his fans with covers of his favorite rock songs. Once the North Carolina native’s final show wrapped, he had completed 200 hours worth of performing over the span of 61 different stops.

Let’s dial it back and enjoy eight of Eric Church’s rock covers below!

1. Released in 1969, Church covers “The Night They Drove Old Dixie Down” by The Band. This tune is known as one of the greatest of all-time.

2.  Jumping to 1994, “Better Man” by Pearl Jam. This slow classic written by Eddie Vedder had the crowd cheering for Church.

3. One of the most well known out of Church’s favorites and the one to get the loudest reaction from his fans, the 1986 “Walking In Memphis” by Mark Cohn.

4. Church also covered “Save The Last Dance For Me” by The Drifters. Released in 1960, the song has been covered by other artists such as Dolly Parton and Emmylou Harris.

6. The 1990 tune “Dumas Walker” by The Kentucky Headhunters was another great cover by Church that he needed some lyric-guidance to sing.

7. John Fogerty’s, “Looking’ Out My Back Door” by Creedence Clearwater Revival was released in 1970. Before performing, Church told fans in Peoria, IL to bear with him because he had never sang the classic before. Again, crowd still loved it!

8. Written with a little bit of drug persuasion, Greg Allman wrote “Midnight Rider” and sang it with his band; Allman Brothers Band. Another fan favorite for Church!

Be sure to share these rock covers with other fans of The Chief!