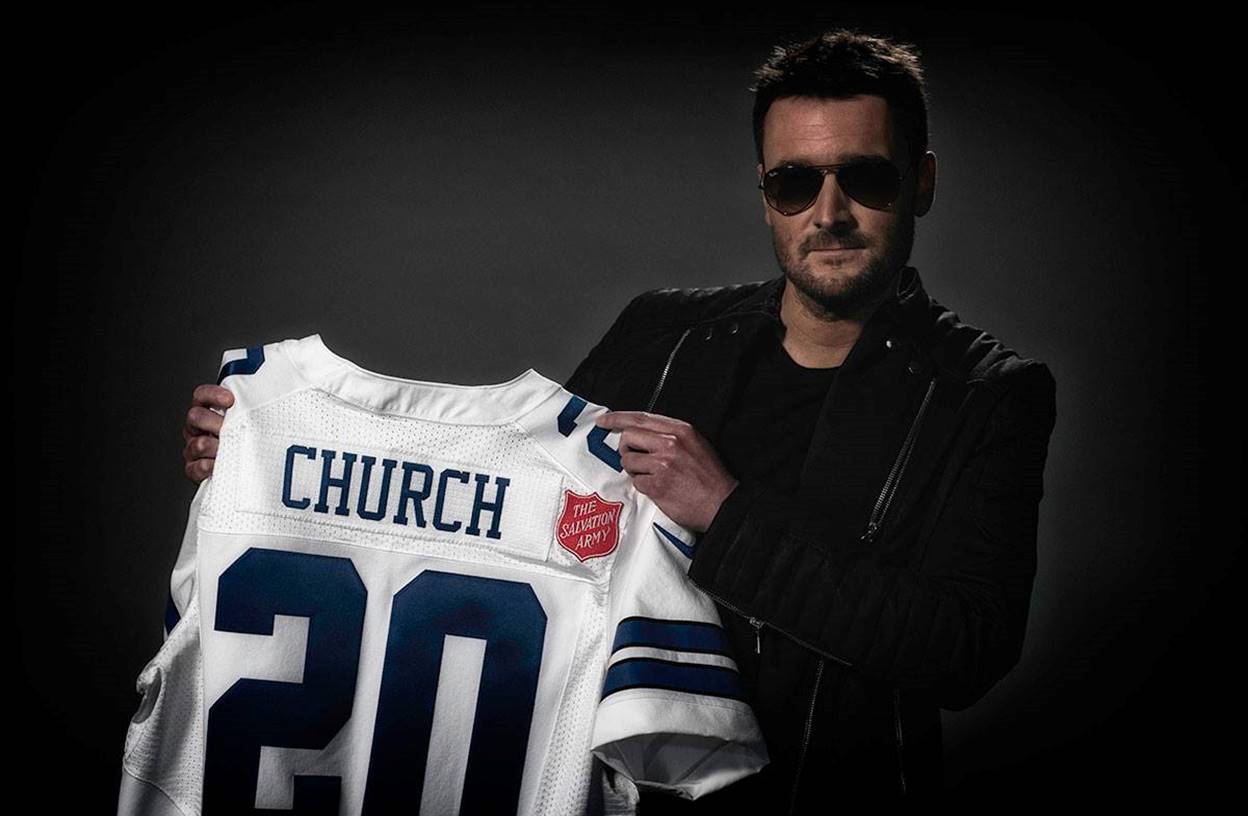 Country music artist Eric Church is slated to rock the AT&T Stadium crowd during the Thanksgiving Day matchup between the Dallas Cowboys and the Washington Redskins. The game will kick off at 3:30 PM CT on Thursday, November 24th.

Besides providing top-notch entertainment, the halftime show has a greater purpose— proceeds generated by the performance will go toward the Salvation Army’s Red Kettle Campaign, a long-running holiday initiative to provide gifts, clothing, and other wintertime support for families in need.

After the holiday season wraps, Eric Church’s Holdin’ My Own Tour kicks off on January 13th in Lincoln, Nebraska. For the first time ever, there will be no support act on this tour. Eric and his band will play two full sets of music with an intermission in between.

Share this update with other fans of the Chief!