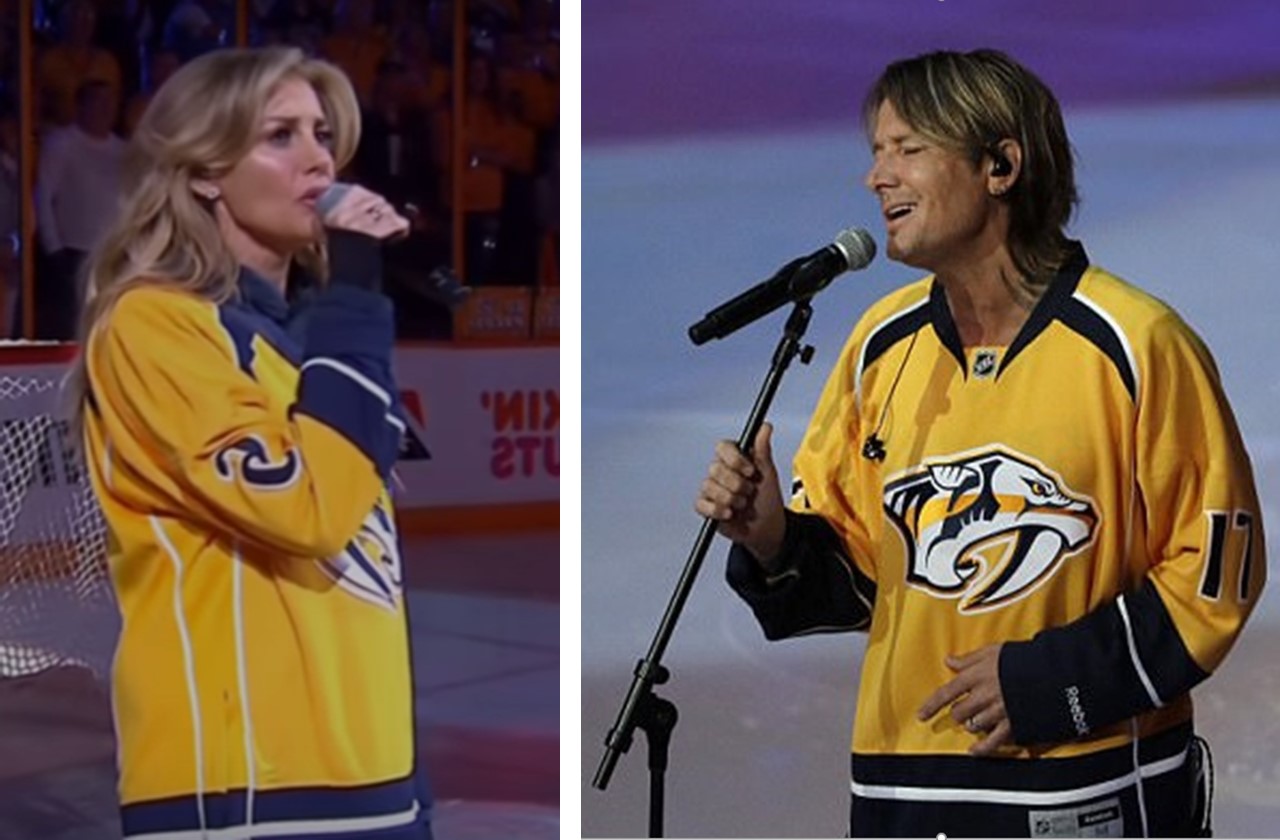 Although the Nashville Predators were thwarted by the Pittsburgh Penguins in the end, their National Anthem performers were unbeatable!

Much to the disappointment of Music City, the Pittsburgh Penguins were victorious over the Nashville Predators (2-0) in Sunday’s Game 6 of the Stanley Cup Final. Though the end results weren’t in Smashville’s favor, they should be proud of their achievements throughout the season.

“We believed in each other,” Nashville Captain Mike Fisher shared. “I mean, the 16th seed and we had to claw our way into the playoffs. We just never gave up, and it was quite the run. The types of adversities all year long, playoffs, injuries – we just never gave up and I’m just happy to be a part of this group.”

Despite the loss, the Preds are holding their heads high.

“I think there’s so many good things that we learned as a group, how to play, how to come together as a team, and how to believe in each other,” Fisher expressed. “I think there’s only positives that can come out of this. There’s obviously disappointment and losing is never easy. I think we learned a lot as a group, a lot of lessons the guys will carry forward for sure.”

Francis Scott Key wrote “The Star-Spangled Banner” on September 14, 1814 after seeing the British military attack Fort McHenry in Baltimore, Maryland. In celebration of the Preds heartfelt and historic playoff run, let’s relive the stunning renditions of the “Star-Spangled Banner” as performed by ten of Nashville’s most talented artists during the series.

The country music superstar was the first to take the microphone and kick things off on April 17th. As fans well know, the vocal powerhouse has been married to Nashville Predators Captain Mike Fisher since 2010.

Surprisingly enough after 25 years of living and working in the United States, this was the first time the country superstar was ever asked to sing the anthem.

“It’s a nerve-wracking experience, but above all, it’s a huge honor. For me, for all the years I’ve lived here, it’s probably one of the proudest moments ever in my life.” Keith Urban shared with the NHL Network after his rendition of “The Star-Spangled Banner.”

Which performance is your personal favorite?

Be sure to share this blast of patriotism with other country music and NHL hockey fans!