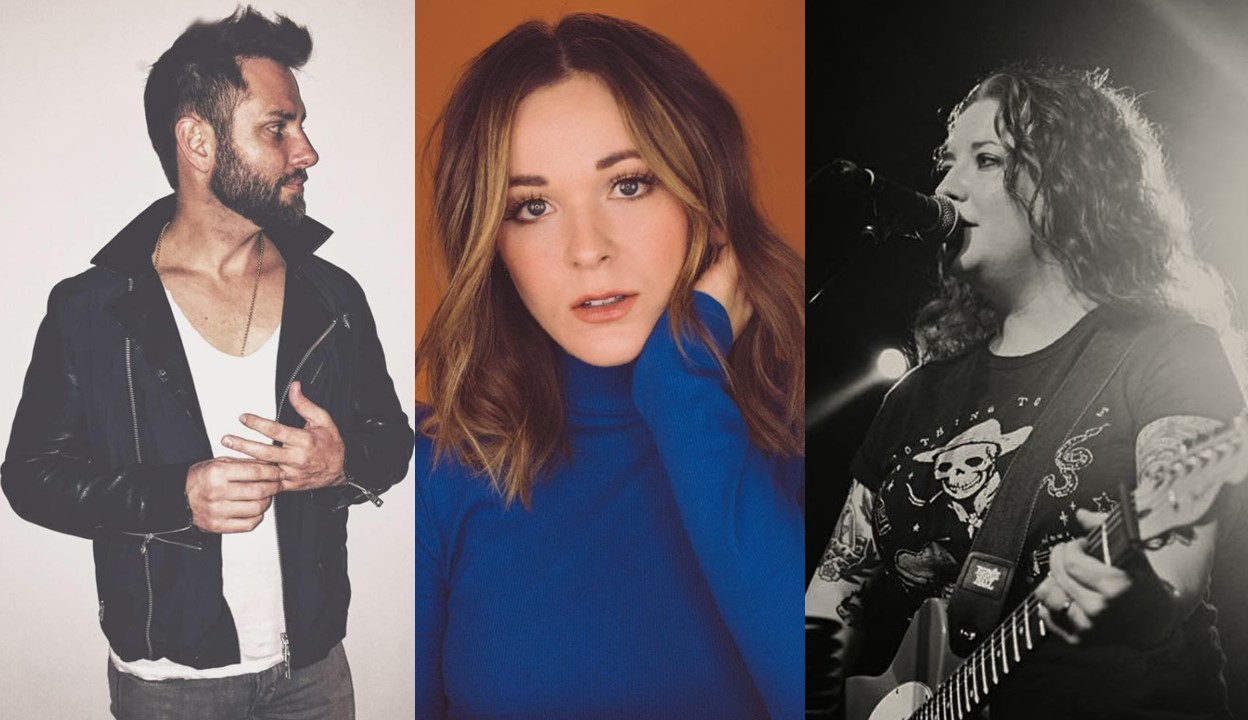 Looking for exciting new music to add to your personal playlist? Check out these talented emerging country music artists!

Prior to the release of his EP, Sake of the Summer, in March 2017, Ryan’s biggest accomplishment was being a co-writer on Kelsea Ballerini’s second No. 1 hit, “Dibs.” It cemented him as a songwriting powerhouse. Ryan is heavily influenced by a wide range of artists from George Strait to Brian McKnight. You can hear his effortless mix of R&B and country on his EP. His second single, “Would’ve Left Me Too” off his EP went viral on Spotify raking in over 3.8M streams. He recently signed a deal with BMG and producer busbee, who has worked with Maren Morris and 2017 Breakout Artist, Carly Pearce, so you can expect to hear new music from Ryan in 2018. Something tells us this could very well be his break-out year!

Logan Mize is an up-and-coming singer/songwriter with deep ties to his great uncle, Billy Mize, who was a pioneer in country music. Logan’s roots in country music are represented through his classic sound and storytelling that reminds us of Eric Church. Originally from Kansas, Logan finished off 2017 on Cam’s The Best Coast Tour. His single, “Ain’t Always Pretty” racked up over 28M streams. If you would like to hear more from Logan, listen to his independently released album Come Back Road now. We are looking forward to new music in 2018 from this rising star!

FILMORE could easily be deemed the next Sam Hunt. Similar to the “Body Like A Back Road” hit-maker, he is breaking barriers in the country music genre with his music. The independent singer/songwriter has released singles like, “You Know You Wanna,” which will make you want to blare it in your car with the windows down this summer. Each song is a fun and upbeat anthem will keep you wanting more. We can’t wait to see what he releases next.

In 2017, the “A Little Dive Bar in Dahlonega” singer landed at the no.1 spot on SiriusXM’s The Highway Top 30 and got a huge nod from Country legend, Eric Church, when he named her his new favorite artist of 2017 and invited her to perform “Bible and a .44” on stage during his tour. Ashley has performed alongside many other country legends like Hank Williams Jr., Chris Stapleton and even Lynyrd Skynyrd. She was also named as one of CMT’s Next Women of Country class for 2017. Her current EP is Jalopies and Expensive Guitars, which was released in 2016. We only expect bigger and better things from her in 2018.

This fun, cheerful singer/songwriter/beat-boxer will definitely catch your attention with his music. A dad of six (soon to be 7!), Walker impresses us greatly with his music; his freshly released boom. offers a unique spin on traditional country music with whistles and spoken lyrics. Walker says he finally found success after he stopped trying to fit into the tiny box the industry was trying to put him in. Check out his smash single that rocked the radio charts, “You Broke Up With Me,” now. We’ve got a feeling 2018 will give birth to a whole new level of success for Walker.

This skilled songstress has the passion of country music in her blood. With a strong love for creating honest music, the rising singer/songwriter has caught the attention many artists like Brad Paisley and Rodney Atkins. She also has caught the attention of Rolling Stone, who has deemed her as one of “10 New Country Artists You Need To Know” because she has amassed over 1.5M streams on Spotify as an independent artist. Her self-titled album captures the emotions surrounding the ups and downs of a relationship. Check out “OVERTHINK IT” – if you are a Miranda Lambert fan, you will love her! The sky is the limit for her!

The ultimate brother/sister duo, Jenna and Stuart Walker (Reklaw spelled backwards!), are primed to break into the US country scene all the way from Ontario, Canada. As the ultimate family band, they’ve already opened for huge acts like Thomas Rhett, Luke Bryan, and Dierks Bentley – and this is just at the beginning of their career. “Hometown Kids” is a feel-good anthem that will be a perfect addition to your playlist. We can’t wait to hear new music from them in 2018.

If you listen to country radio, you probably have heard Devin Dawson’s hit, “All On Me.” The multi-talented artist shows more of his vulnerable side with his recently released single, “Asking For A Friend.” Devin successfully intertwines the country music feel and pop music sounds. His storytelling within his music, like country legend Eric Church, and vocals like John Mayer will have you begging for more. He is heading out on Brett Eldredge’s headlining tour April, where he will no doubt capture even more fans. We’re excited to see where he goes next!

With the grit and similar sound of Chris Stapleton, we are excited to watch for Ryan Kinder’s career. His pure talent is certainly shown in his new single “Still Believe In Crazy Love”, and it shares a message of positivity and hope that can be beneficial in new relationships. 2018 is going to be a big year for Ryan; he’s currently writing and co-producing his debut album with award-winning songwriter/producer Ross Copperman and Grammy-award winning producer Paul Worley.

Performing at coffee shops when she was only seven years old, Jillian Jacqueline is a well-trained performer. We see her becoming the next Maren Morris because her newly released album, Side A, is deeply rooted in unapologetic lyrics. Her career path is already on to a great start; look out for her on tour with Brett Eldredge and Devin Dawson in 2018!

If you’re a fan of bluegrass, you should listen to Jericho Woods. Their music is deeply rooted in the honky-tonk and classic country feel. Their sound is heavily influenced by a wide variety of artists including Bill Monroe, Garth Brooks, The Allman Brothers Band and George Jones. What makes Jericho Woods unique is that they create a modern spin on traditional country and Bluegrass, which gives them mass appeal. Zac Brown Band fans will definitely enjoy these guys! Check out their EP, Bonfire Songs, now.

Australia first gave us the gift of Keith Urban, and now they’ve gave us the gift of Morgan Evans. His newest single, “I Do” celebrates his newlywed wife, Kelsea Ballerini. You can say they’re basically the Tim McGraw and Faith Hill relationship goals of this generation. 2018 will be an exciting year for Morgan because he will be gracing stages around the US and around the world with Old Dominion, Cole Swindell and Chris Young. He is primed to make 2018 his break-out year!

Be sure to share these rising stars with other country music fans!