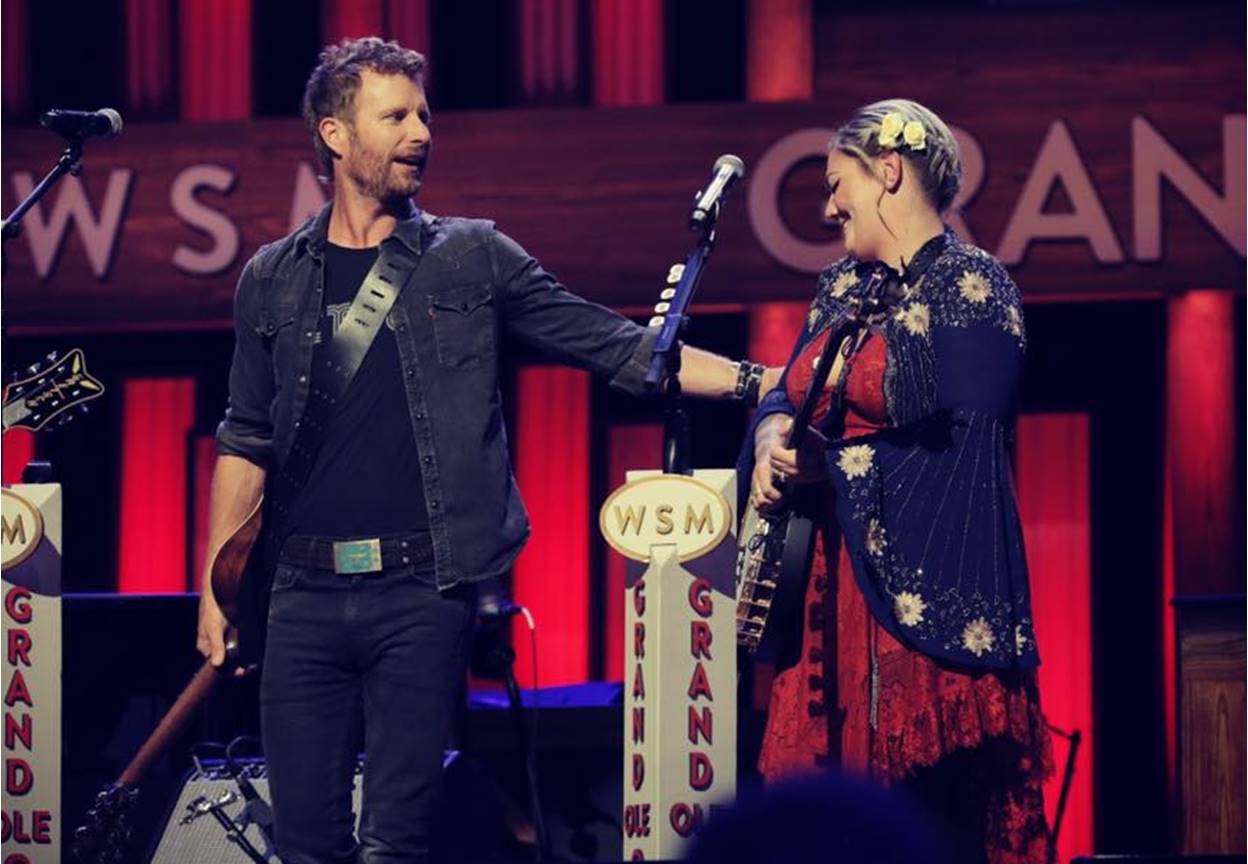 From the Grand Ole Opry, Dierks Bentley and “Different for Girls” collaborator Elle King completed their first ever Opry performance together on October 4, 2016.  Elle made her Opry debut at 27 years old and she just turned 32 years old on July 3, 2021.  The pair performed their hit song as well as Johnny Cash and June Carter Cash’s classic tune “Jackson.” Elle also performed her own hits “Ex’s and Oh’s” and “Good Girls” during her debut set.

Watch Dierks and Elle perform their hit song “Different for Girls”  below.

Before hitting the famous stage, King admitted to Rolling Stone Country that she was thrilled about playing the historic venue, but also had some nerves: “I’m excited, but you get nervous for bucket list things, right?”

On November 7th, 2016, King also headlined the Ryman Auditorium. Share this with other fans of this musical pairing!