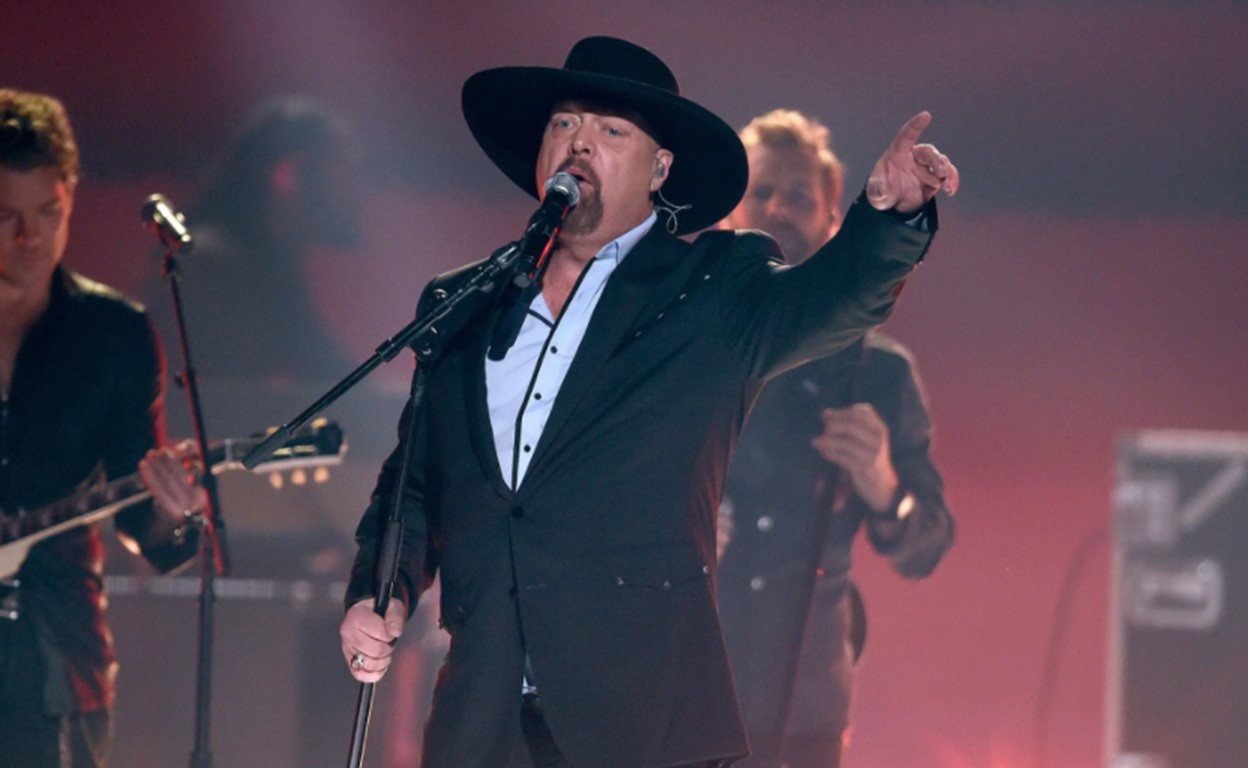 Eddie Montgomery's surprise appearance at the 2017 CMA Awards took us all by surprise and brought the audience to their feet!

During Dierks Bentley and Rascal Flatts‘ cover of Montgomery Gentry‘s “My Town,” a very special guest joined them on stage— Eddie Montgomery! Understandably, the artist has been staying out of the public eye since the tragic death of his longtime musical collaborator, Troy Gentry, in a helicopter crash on September 8th.

During his time in the spotlight, Eddie gave Troy a shout out and declared Nashville to be his town. During the tribute, the camera panned to Troy’s wife Angie and their 15-year-old daughter Kaylee in the audience. Obviously, this was a very emotional moment for all of Troy’s loved ones.

In honor of Troy, the mother-daughter duo walked the red carpet.

As revealed earlier today, Montgomery Gentry’s eighth and final album together, Here’s To You, is slated for release on February 2, 2018 and can be pre-ordered here. Fans who pre-order the new album will instantly receive three tracks; “Get Down South,” “King of the World” and “Better Me.”