Don’t Even Try to Scare Garth Brooks (The Ellen Show) 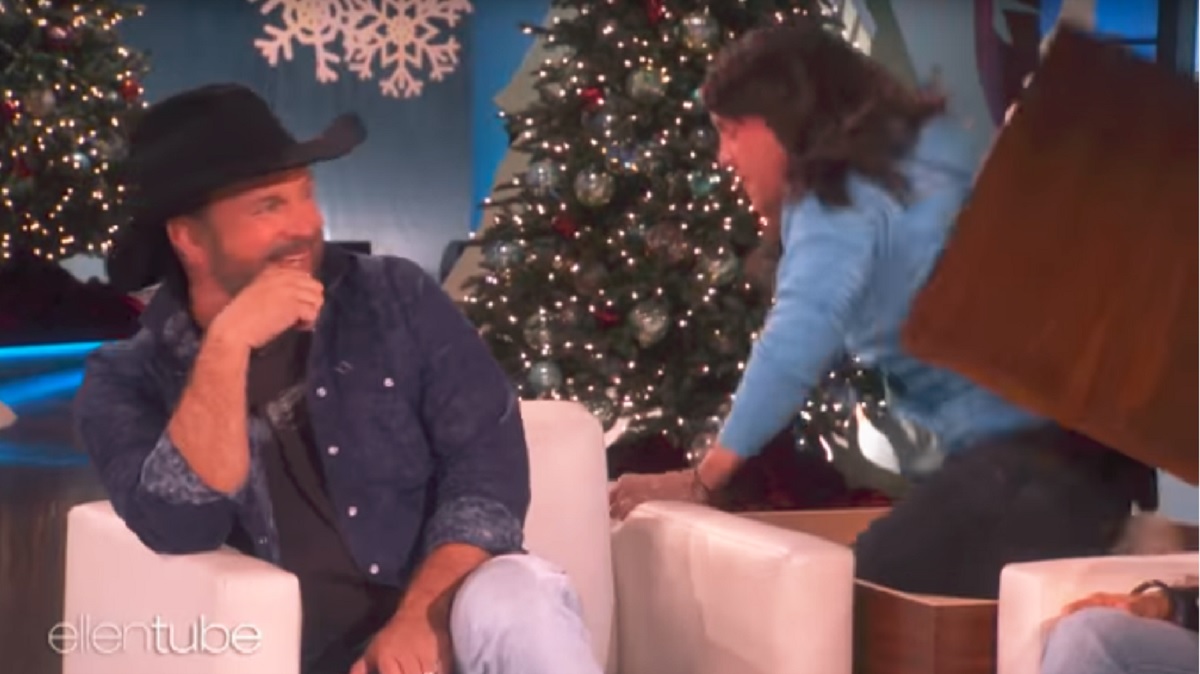 Watch this video where Ellen makes an attempt to get even with Garth Brooks by scaring him on National TV.

Garth Brooks appeared on The Ellen Show and discusses the wrap-up of his current tour, winning Entertainer of the Year, the release of his Anthology Book, and the lip syncing controversy at the CMA Awards show.  Ellen DeGeneres makes an attempt to scare Garth Brooks by having a guy with a wig jump out of the table next to Garth Brooks.   Watch the video below to see this epic Fail attempt….worse scare attempt ever in The Ellen Show history!

Garth Brooks on The Ellen Show

Garth was fooled by the wig and thought a woman jumped out of the coffee table.   Things clearly did not go as planned as the guy trips and falls out of the side table.  To understand how much of a fail this scare attempt was, watch the video below to see highlights of some of Ellen’s best scares over the years.

The description of the Anthology book states, “The first five years were filled with high adventure, with dreams coming true, with new friendships beginning and old friendships growing. Most of all, though, the years were filled with music being made. We thought about songs night and day, chased the things. I was surrounded by songwriters, musicians, producers, engineers, managers, by people who lived to make music, and we got to see the world through songs. There were a lot of firsts, one after another: First time leaving Oklahoma for Nashville, first time hearing one of our songs on the radio, first time hitting number one. We won’t ever get to go through all those firsts again, but this book is my chance to get together with the people who shared the experiences and together remember how it all went down. This book gathers what comes to our minds when we think of the first five years and the songs that came to life during that time.

Inside these pages you’ll find the music that got released in those first five years, five CDs of it. But you’ll also find a few recordings that we’ve never shared, some of my favorites. You’ll find photographs that have never been made public, behind-the-scenes images from before the first record and others from during the journey. There are artifacts from the vaults, things I’ve saved myself, bits and pieces of this history that mean a lot to me. I’ve always wanted to bring people closer to what I saw, what I experienced. This feels like the closest I’ve come to doing just that.“- Garth