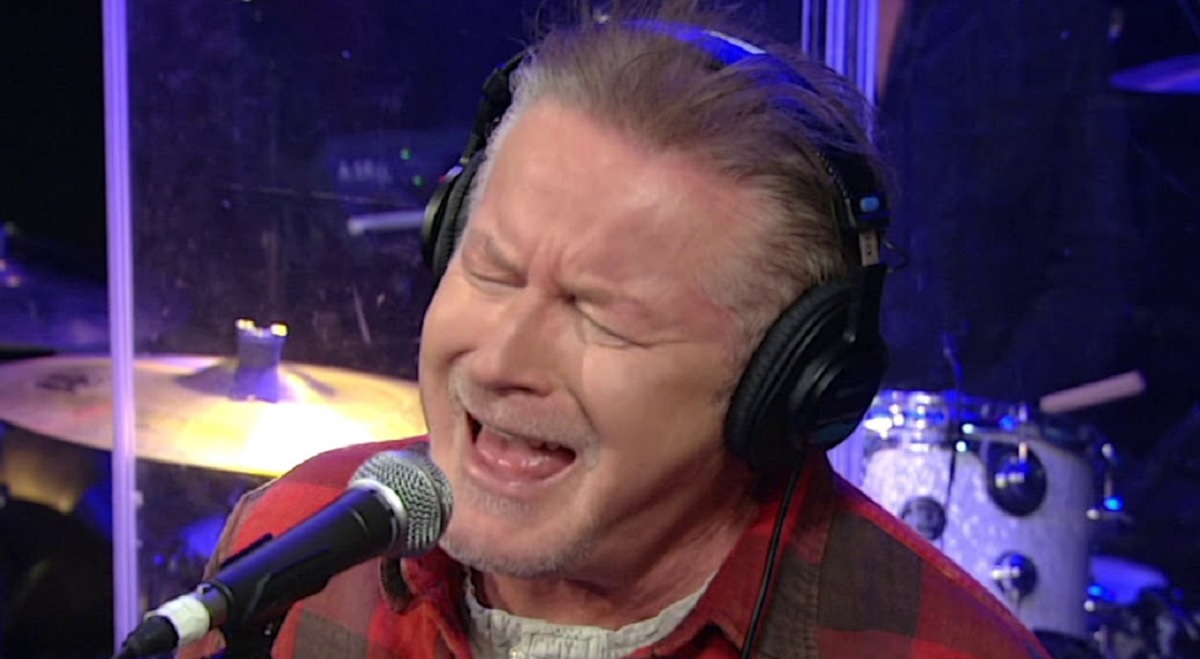 This Don Henley Desperado performance was filmed in 2015.  Don told Howard Stern the story behind the original recording of the song with The Eagles and then performed a live version of “Desperado” on the Howard Stern show.  Watch the video and check out the song details below.

Compare the Don Henley Desperado performance to the official recording by The Eagles below.

“Desperado” was written by Glenn Frey and Don Henley.

Desperado, why don’t you come to your senses?
You’ve been out ridin’ fences for so long now
Oh, you’re a hard one
I know that you got your reasons
These things that are pleasin’ you
Can hurt you somehow

Don’t you draw the queen of diamonds, boy
She’ll beat you if she’s able
You know the queen of hearts is always your best bet
Now it seems to me, some fine things
Have been laid upon your table
But you only want the ones that you can’t get

Desperado, oh, you ain’t gettin’ no younger
Your pain and your hunger, they’re drivin’ you home
And freedom, oh freedom well, that’s just some people talkin’
Your prison is walking through this world all alone

Don’t your feet get cold in the winter time?
The sky won’t snow and the sun won’t shine
It’s hard to tell the night time from the day
You’re losin’ all your highs and lows
Ain’t it funny how the feeling goes away?

Remember to “share” the Don Henley Desperado performance with other music fans !