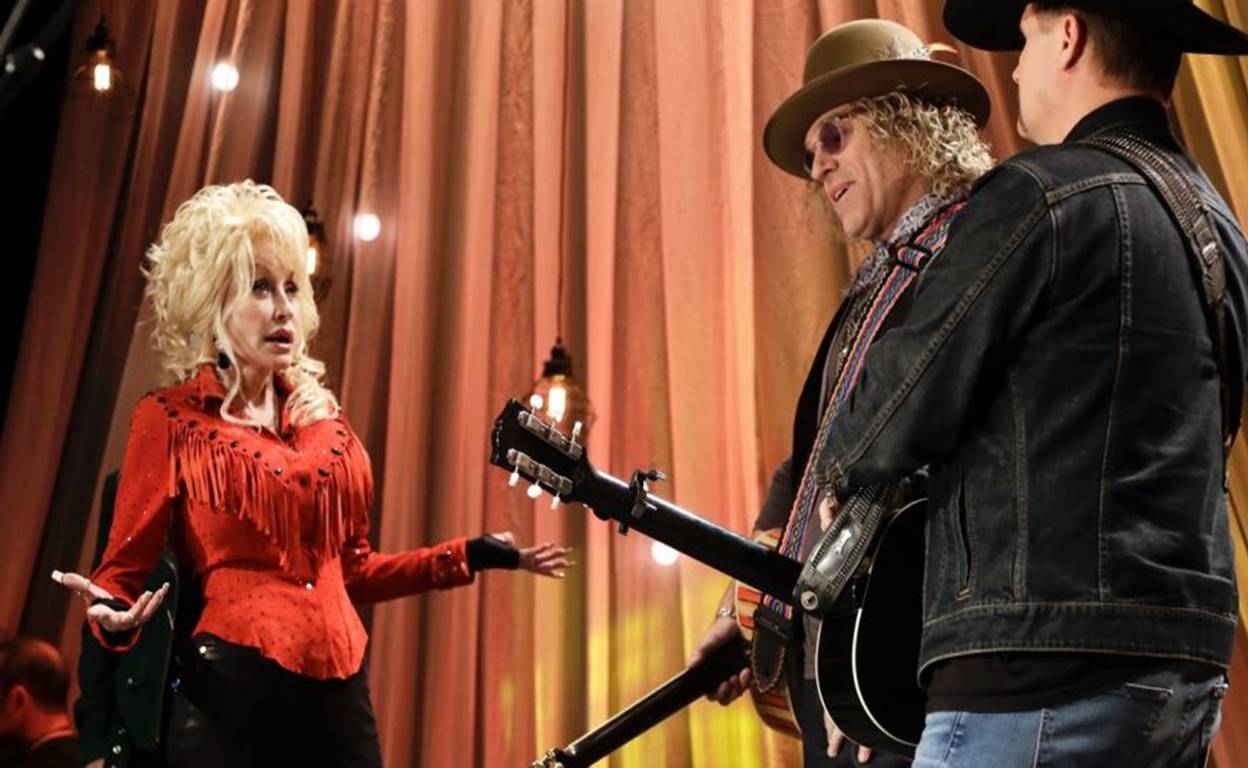 Dolly Parton's Smoky Mountains Rise: A Benefit For My People Fund telethon was a dazzling affair. More on the event here!

Dolly Parton‘s Smoky Mountains Rise: A Benefit For My People Fund telethon was 3-hours of solid entertainment for an extremely worthwhile cause. All money raised by the telethon went straight to the Dollywood Foundation’s My People Fund, which was set up to provide $1,000 each month for six months to Sevier County families whose homes were impacted by the wildfires.

Play the video below to enjoy the entire telethon.

According to The Washington Post, 14 people tragically lost their lives in the disaster more than 145 others were injured in the massive fire that began in the popular Great Smoky Mountains National Park. Over two thousand homes and businesses were also damaged or destroyed in the disaster.

Enjoy Dolly Parton’s heartfelt words about her home region below.

The country icon co-hosted the lively telethon and gladly accepted a series of giant checks made out to her cause. In between accepting in-person donations, Dolly also answered phone calls from a slew of her friends and fellow superstars.

Some entertainers even recorded video clips for the event. Watch Tim McGraw‘s sincere plea below.

Of course Dolly was 100 percent ready to cut to the chase when the big stars with big money called in. While chatting with Dierks Bentley, 70-year-old Dolly hilariously quipped, “You going to give me some money? I know you’ve got a ton of it.” Dierks donated a whopping $100,000.

It seems that $100K was a popular amount of money, The Academy of Country Music, Taylor Swift, and Paul Simon each donated $100,000, and the Tennessee Titans gave $144,270, as reported by news outlet WDTN.

Dolly’s ad libs and energy throughout the telethon were certainly something to behold. This woman is a national treasure. The icon truly appreciated every single person and organization that came forward to help out her brethren in East Tennessee.

Parton’s telethon goal was to raise $13 million, the exact amount will be revealed once the totals are calculated. Enjoy highlights from the night below!

Want to help out? You can still donate to the My People Fund by visiting the official Dollywood Foundation website here. If you’d like to send a donation via mail, those contributions should be sent to: