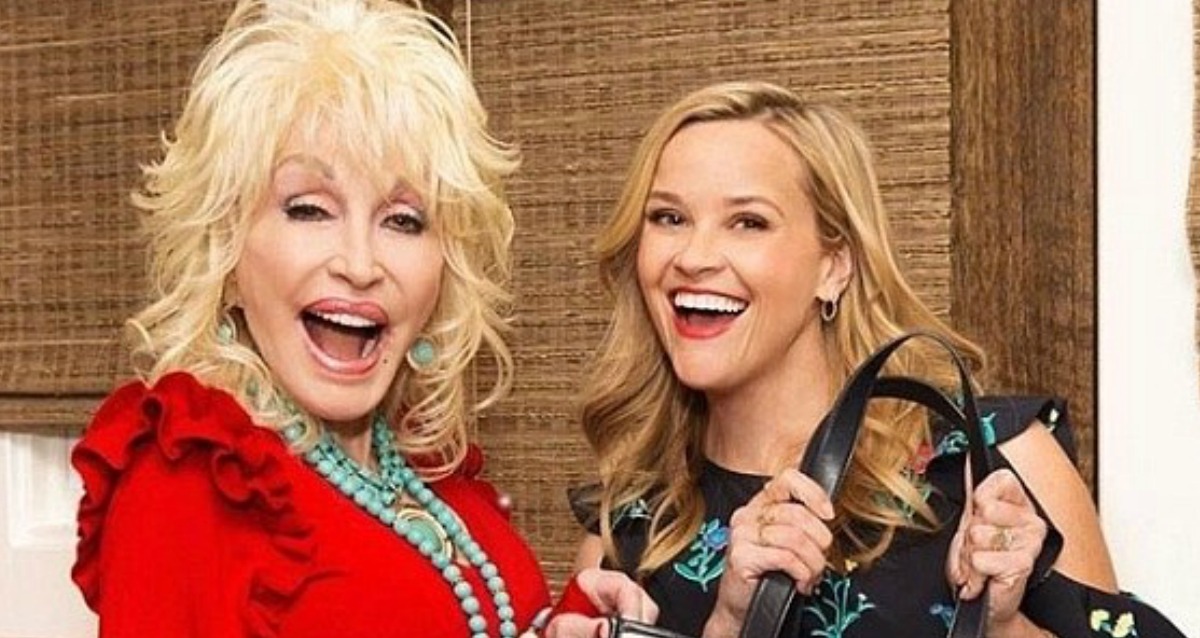 Country music queen Dolly Parton has a surprising connection to famous Hollywood actress Reese Witherspoon, and it isn't that they are both from the south.

It’s no secret that actress Reese Witherspoon is a Dolly Parton fan. In addition to having her on as her first guest on her new show Shine On with Reese, Witherspoon has been singing Parton’s praises for years.

“When I was probably 5 years old, I wanted to be Dolly Parton. I was skipping around the blacktop at school by myself, and my P.E. teacher said, “Why aren’t you playing the game [with the other kids]?” I said, “Well, I’m not going to play the game because, Ms. Wright, I’m going to be Dolly Parton when I grow up.”

The admiration isn’t one sided either, Parton loves Witherspoon and says that she has known her for her whole life. The pair like to shop together now, especially at Witherspoon’s store in Nashville called Draper James.

“When she’s in town, she takes me there [Draper James] to shop after hours,” Parton says. “I always buy stuff there. She gives me stuff too. I’m always talking about her so she’s always giving me presents,” Parton laughs. “She gives me more at one time that I could have bought.”

I've got a special treat for y'all but it's only on Twitter! Head over to my page and check out a sneak peek of "Two Doors Down" with @MacyGrayDay and @Dorothy! 💕#Dumplin

Shopping isn’t the only thing the two self-proclaimed “southern girls” have in common, Witherspoon’s father was actually Dolly Parton’s doctor!

The relationship is so strong between the two women that Parton allowed Witherspoon to raid her closet this past summer, which is kind of a big deal if you are a Dolly Parton fan.

I'm so proud to be the first guest on my friend @ReeseWitherspoon's new show with @hellosunshine! Seriously y'all, nothing beats great friends, good conversation, and delicious spiced tea. Don’t you agree? You won't want to miss what we talked about! Watch my episode on #ShineOnWithReese coming July 17 to @DIRECTVNOW!

Currently, Dolly Parton is starting to get into Hollywood more herself with the recent release of her Netflix movie Dumplin, starring Jennifer Aniston and with the upcoming mini-series that will feature her music as subject matter for episodes (such as the love affair and heartbreak of “Jolene”).

For her part, Reese Witherspoon will be concentrating on her own theatrical projects such as turning the best-selling book “Where The Crawdads Sing” into a motion picture.

“With a jaw-dropping mystery, stunning Southern setting, and endlessly fascinating female heroine at its center, I loved this book the moment I read it and am so excited to join forces with Elizabeth (Gabler of Fox 2000) and her team to bring Delia’s truly moving page-turner to the screen,” Witherspoon reportedly said in a statement about the upcoming project.

Exciting things to come from both of these incredible women!