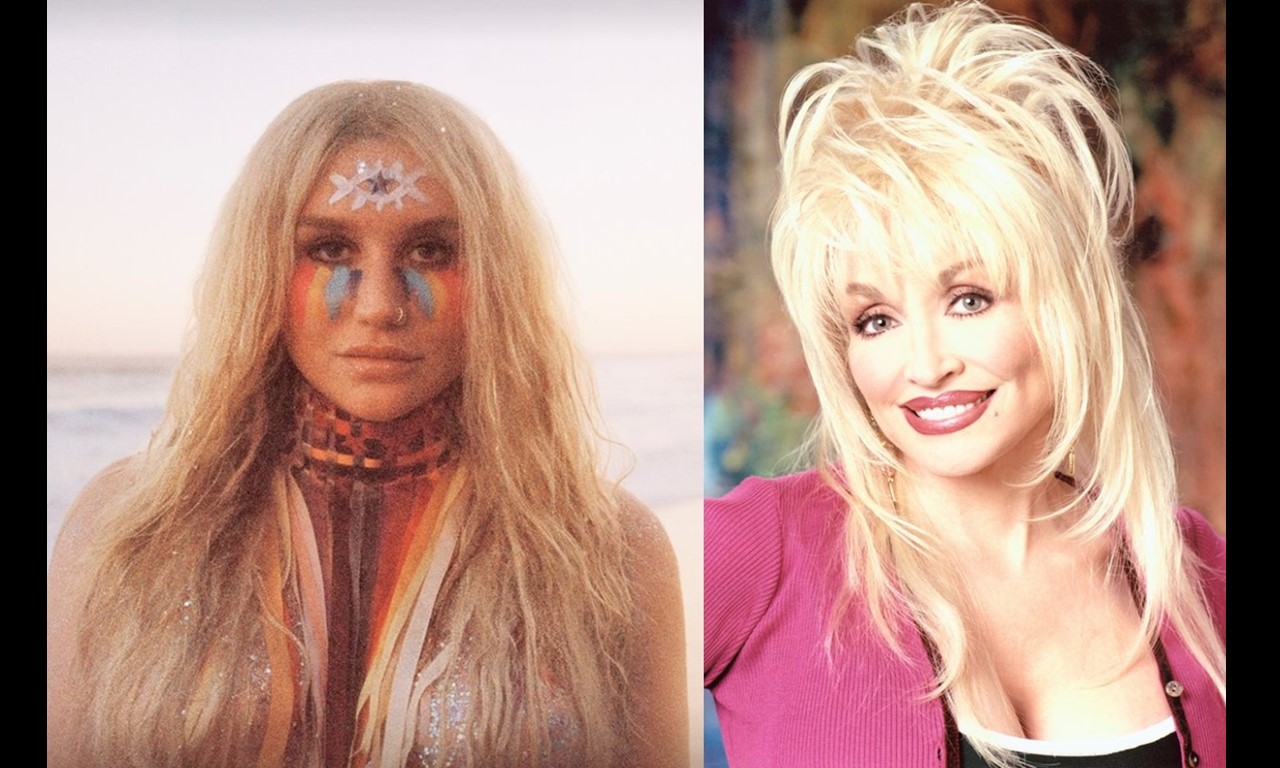 Dolly Parton has collaborated with many artists throughout her long career. This time, she will appear on pop singer Kesha's new album!

Legendary country singer Dolly Parton has worked with many artists throughout her career. Sometimes she ventured outside of the country music world to collaborate with artists from other genres. Parton put her signature touch in many songs outside of her usual line of work. Julio Iglesias, Kenny Rogers, Queen Latifah and Pentatonix are a few on that list. Now, the Queen of Country will do it again when she appears on Kesha’s new album, Rainbow. Parton’s collaboration with the pop artist will drop this August.

This is Kesha’s first album since troublesome circumstances put her music career on pause. She had a contract with a producer who helped launch her career. Her first two albums found success with controversial song lyrics and wild persona.

But her relationship with producer, Dr. Luke, was abusive. He allegedly drugged and raped her, and she stood up to him by refusing to make music under his name. After lawsuits, and even a helpful donation from Taylor Swift, Kesha found her way back to her feet. She has a chance to re-launch her career. Her music is changing, and so is she… for the better!

Rainbow is Kesha’s third studio album. The two worked together to re-work Parton’s classic “Old Flames Can’t Hold a Candle to You.” This track first appeared on Parton’s album Dolly, Dolly, Dolly, and it took her to No. 1 when she released it to country radio in 1980.

Some may be critical of the unique collaboration. However, the concept may not be so far-fetched. Kesha’s mother, Rosemary Patricia “Sebe” Sebert, actually co-wrote the song. Kesha also recorded a solo acoustic version back in 2013 for her Deconstructed EP.

Dolly Parton isn’t the only artist to be featured on the upcoming project. Eagles of Death Metal will contribute to two songs and The Dap-Kings Horns will be on one.

Kesha’s new album, Rainbow, drops on August 11th, and it will feature her collaboration with Dolly Parton. The lead single, “Praying,” is out now. Check out the full track list below!

Praying is here 🙏 I hope this song reaches people who are in the midst of struggles, to let them know that no matter how bad it seems now, you can get through it. If you have love and truth on your side, you will never be defeated. don't give up on yourself. that's the key. Read my letter on @lennyletter Link in Bio #grateful #humbled #praying

Be sure to share this interesting match up with other music fans!