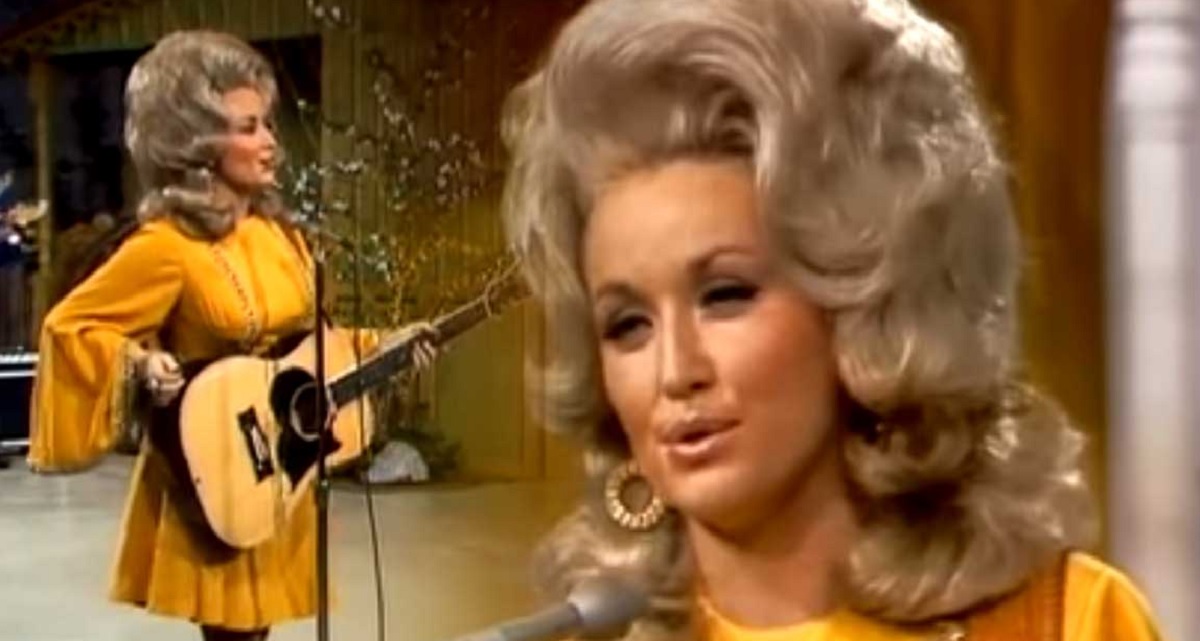 Enjoy watching the Dolly Parton "Joshua" live performance that was her first song to reach #1 on the Hot Country Songs chart...

The Dolly Parton Joshua song was released on November 9, 1970 as the first single and title track from the album Joshua. The song was her very first single to reach number 1 on the US Billboard country charts reaching number 1 on February 6, 1971.

Watch the live performance, listen to the audio video, and check out the written lyrics below.

This song was written by Dolly Parton.

Well a good ways down the railroad track
There was this little old rundown shack
And in it lived a man I’d never seen
Folks said he was a mean and a vicious man
And you better not set foot on his land
But I didn’t think nobody could be that mean
So I took me out walking down the railroad track
I was a-gonna go down to that little old shack
And just find out if all them things I’d heard was true
There was a big black dog laying out in the yard
And it growled at me and I swallowed hard
And I heard somebody say well who are you
Oh and there he stood in the door of that shack
His beard and his hair was long and black
And he was the biggest man I’d ever seen
When he spoke his voice was low and deep
But he just didn’t frighten me
‘Cause somehow I just knew he wasn’t mean
He said “what you doing snooping ’round my place?”
And I saw a smile come across his face
So I smiled back and I told him who I was
He said come on in and pull you up a chair
You might as well since you already here
And he said “you can call me Joshua”
Joshua, Joshua
Whatcha doing living here all alone
Joshua, Joshua
Ain’t you got nobody to call your own
No no, no no
We talked ’til the sun was clean out of sight
And we still talking when it come daylight
And there was just so much we had to say, hey
I’d spent my life in an orphan’s home
And just like him I was all alone
So I said yeah when he asked if I’d stay
Oh we grew closer as time went on
And that little old shack it was a happy home
And we just couldn’t help but fall in love
That big black dog and that little old shack
Sitting down by the railroad track
It’s plenty good enough for me and Joshua
Joshua, Joshua
Why you’re just what I’ve been looking for
Joshua, Joshua
You ain’t gonna be lonesome anymore
No no
Yodel-a-he-ho la-he-he-he-he-he
Pa pa pa pa pa pa pa pa
Me and Joshua
Me and Joshua
Me and Joshua, yeah yeah
Me and Joshua

Remember to “share” the Dolly Parton Joshua song with other Country Music fans.