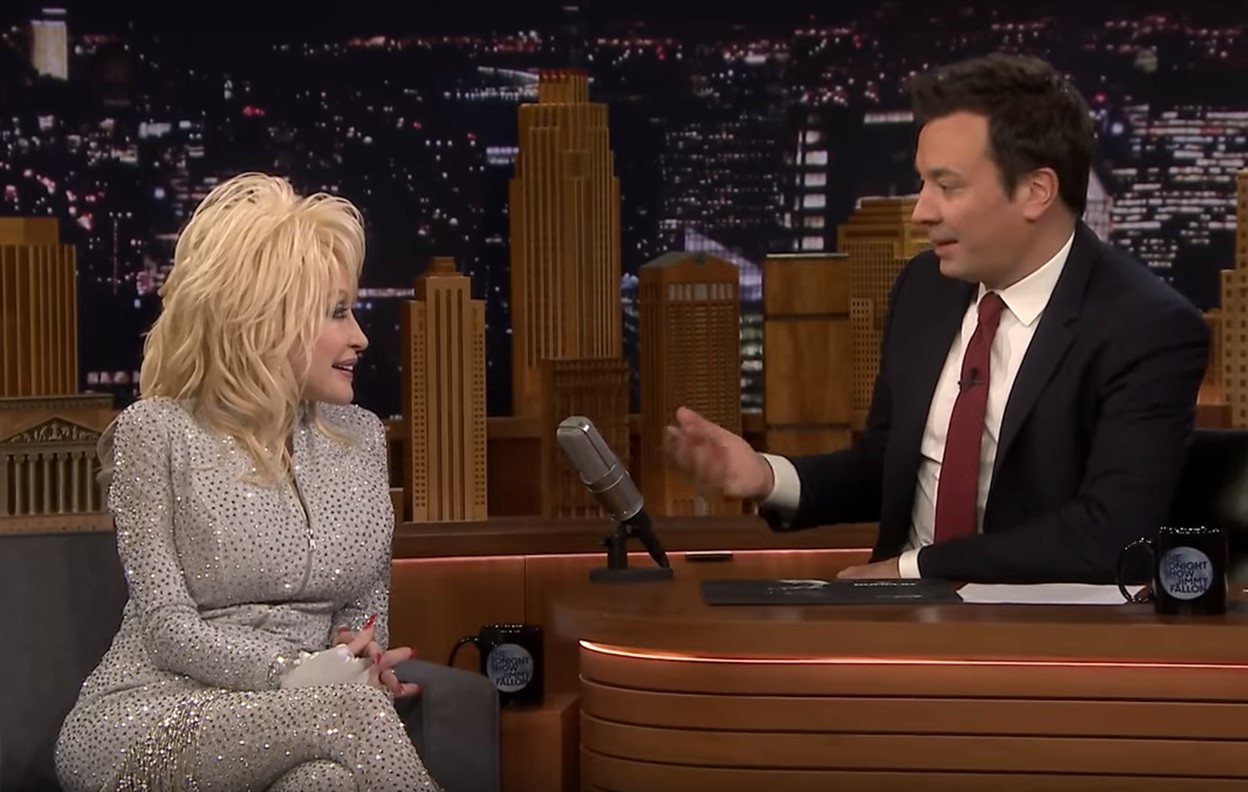 Country music icon Dolly Parton‘s sense of humor is unmatched. During her stop by The Tonight Show Starring Jimmy Fallon (Nov. 30), the singer-songwriter shared that her husband of over 50 years, Carl Dean, has a thing for Dumplin’ star Jennifer Aniston.

“He can’t even get it out to pee much less get it up for three.”

Watch the hilarious exchange below!

So how did the actress react to Dolly’s joke?

“My mouth just dropped,” Aniston told USA TODAY. “And then I laughed my (butt) off. That’s Dolly. “

Interestingly enough, it was Jennifer Aniston who called up Dolly and asked her to become involved in creating the Dumplin’ film soundtrack. The Dumplin’ Original Motion Picture Soundtrack dropped on November 30th and the Dumplin’ film will premiere in select theaters and on Netflix December 7th!

Watch Dolly perform “Girl in the Movies” below!

“Girl In The Movies” Lyrics

Popcorn, soda, box of Raisinets
Velvet-cushioned seats and soft armrests
Best seat in my favorite movie house
Start my dreaming as the lights go out
Up on the silver screen, I picture me
Living out my passions, hopes, and fantasies