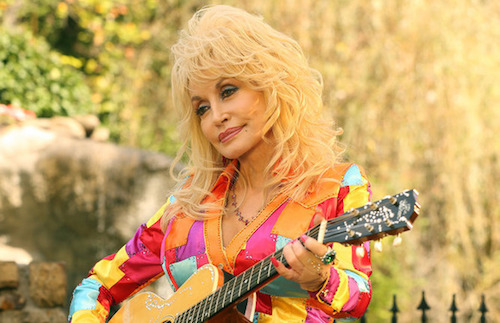 The ratings for Dolly Parton’s very first NBC TV movie, Coat of Many Colors are in! A whopping 13 million viewers tuned in during the film’s debut last Thursday night. The two-hour special based on the iconic singer-songwriter’s childhood was the most-watched movie on the major broadcast networks since May of 2012.

“I think my childhood made me everything I am today. I would trade nothing for being brought up in the Great Smoky Mountains. I’ve never been ashamed of my people, no matter how poor or dirty we might have been. I’ve always loved being from where I am and having the folks that I’ve had,” shared Parton, 69, with Entertainment Tonight.

“It’s made me what I am,” Parton continued. “It’s that spiritual base; it’s that family; love of family; it’s just that simple life, feeling like part of nature.”

Check out Dolly circa 1979 belting out her classic hit by the same name in the video below.

The entire Coat of Many Colors film is now streaming via NBC.com. Obviously, America is hungry for more high quality and family-friendly fare on television!