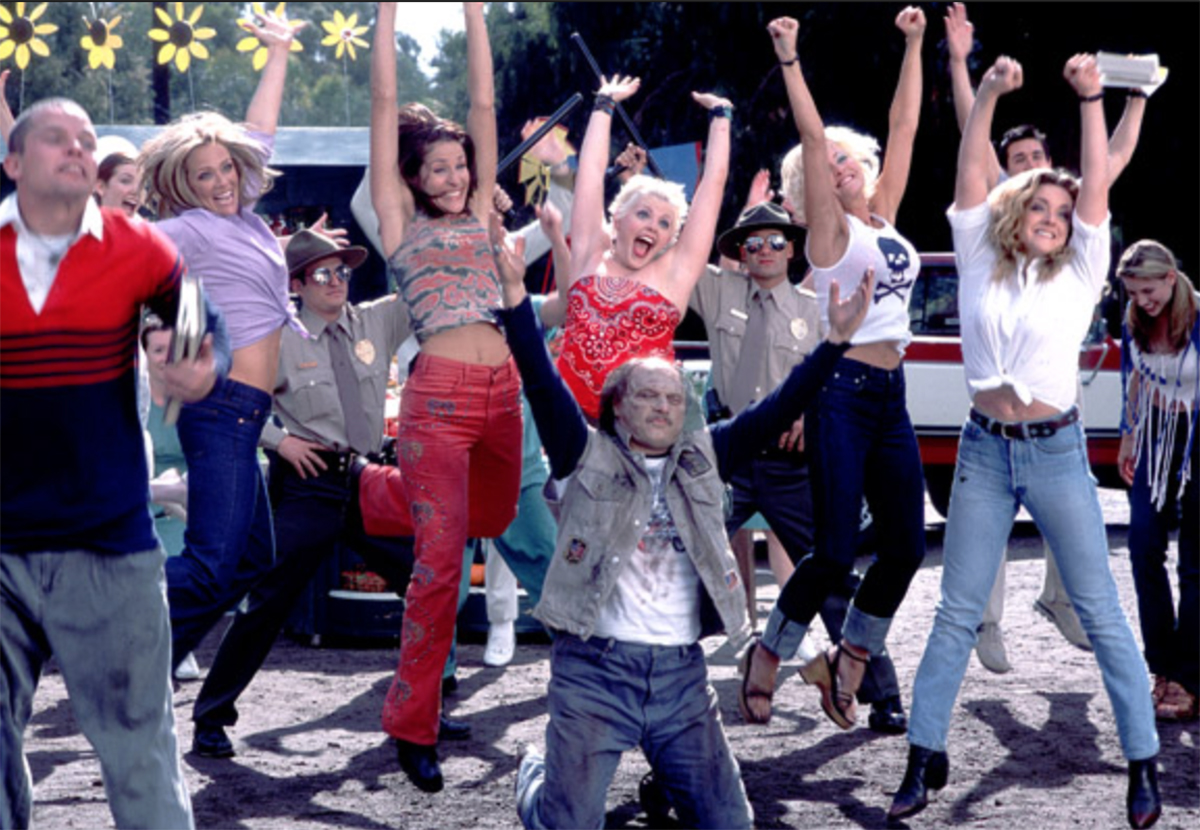 Enjoy the colorful music video for the Dixie Chicks' "Goodbye Earl"--- the song all about that good ol' country girl vengeance.

The Dixie Chicks Goodbye Earl song was was recorded on their fifth studio album, Fly. After charting from unsolicited airplay in late 1999, the song was released as that album’s third single in 2000, peaking at #13 on Billboard’s Hot Country Singles chart.  The Dixie Chicks sure know how to get some revenge!

In 2000, the girl-power trio hailing from Texas released one of their most popular singles. “Goodbye Earl” is a tale dripping in dark humor. Lead singer Natalie Maines tells of two high school best friends, Mary Anne and Wanda, who part ways after graduation. While Mary Anne leaves town, Wanda stays home and decides to marry the insufferable Earl.

Earl begins to physically abuse Wanda, who decides to file for divorce. After Earl neglects the restraining order, and puts Wanda in the hospital, Mary Anne and Wanda decide “Earl has to die.”

Maines’ sing-songy voice, accompanied by choruses of “na na na’s” makes for one of the funniest, most nonchalant songs about murder and vengeance in all of music. With Jane Krakowski and Lauren Holly playing Wanda and Mary Anne, the music video feels like a short comedic film.

This music video won the CMA Award for “Best Country Music Video of the Year” for 2000.  Enjoy the music video for “Goodbye Earl” and see the written lyrics below!

Mary Anne and Wanda were the best of friends
All through their high school days
Both members of the 4H club, both active in the FFA
After graduation
Mary Anne went out lookin’ for a bright new world
Wanda looked all around this town and all she found was Earl
Well, it wasn’t two weeks after she got married that
Wanda started gettin’ abused
She’d put on dark glasses or long sleeved blouses
Or make-up to cover a bruise
Well she finally got the nerve to file for divorce
And she let the law take it from there
But Earl walked right through that restraining order
And put her in intensive care
Right away Mary Anne flew in from Atlanta
On a red eye midnight flight
She held Wanda’s hand as they worked out a plan
And it didn’t take ’em long to decide
That Earl had to die, goodbye Earl
Those black-eyed peas, they tasted alright to me, Earl
You’re feelin’ weak? Why don’t you lay down and sleep, Earl
Ain’t it dark wrapped up in that tarp, Earl
The cops came by to bring Earl in
They searched the house high and low
Then they tipped their hats and said, thank you ladies
If you hear from him let us know
Well, the weeks went by and spring turned to summer
And summer faded into fall
And it turns out he was a missing person who nobody missed at all
So the girls bought some land and a roadside stand
Out on highway 109
They sell Tennessee ham and strawberry jam
And they don’t lose any sleep at night, ’cause
Earl had to die, goodbye Earl
We need a break, let’s go out to the lake, Earl
We’ll pack a lunch, and stuff you in the trunk, Earl
Is that alright? Good! Let’s go for a ride, Earl, hey!
Ooh hey hey hey, ummm hey hey hey, hey hey hey

Share this with other fans of the Dixie Chicks!