Dierks Bentley Unveils “What the Hell Did I Say” Music Video 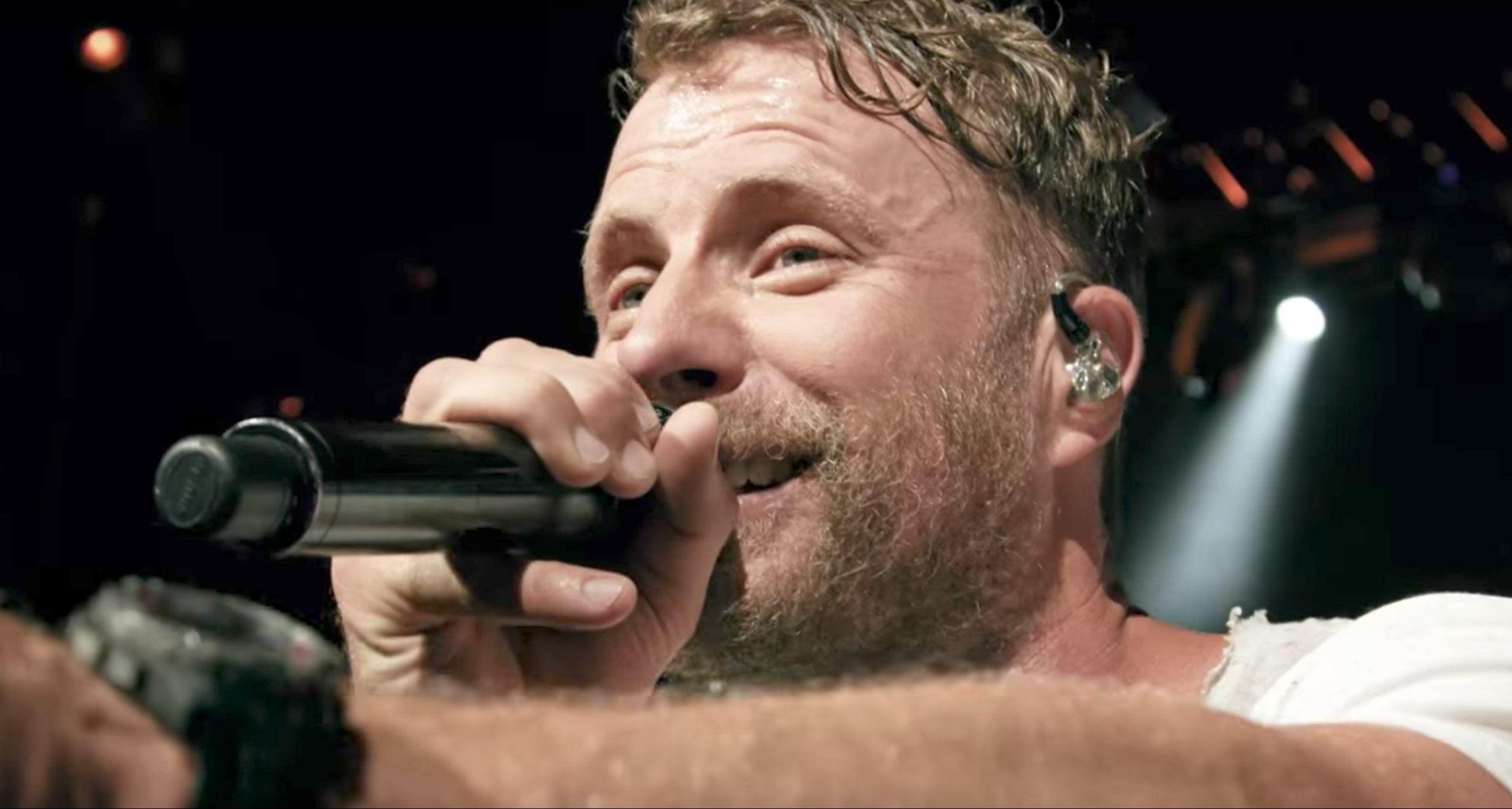 Dierks Bentley just dropped the intoxicating music video for his hit single "What the Hell Did I Say." Check it out here!

Country star Dierks Bentley released the rowdy music video for his latest single, “What the Hell Did I Say.” The video compiles clips from his performances and time with fans. It captures the energy and party atmosphere that comes from his current What the Hell World Tour, which gets its name from the song.

Watch Bentley’s new “What the Hell Did I Say” music video below!

The video documents what looks like a typical summer concert. In addition to the onstage footage of Bentley performing, it also includes clips of him partying with some fans at pre-concert tailgates, taking selfies with them at meet and greets, and concertgoers dancing and singing along to Bentley’s hit tunes. Most of the footage was filmed at his concert in Tampa, Florida.

His concerts are about more than just fans watching him play. It is also about him getting to play for them, and he wants to make it a memorable experience for everyone. And that is exactly what this music video shows: interactions between Bentley and his fans.

“These fans come out and spend money and time to be with us, so they’re valuable, too,” Bentley told Sounds Like Nashville. “It’s just the thing of being present and really understanding the importance of the day out there. It’s not just another show. It’s that one day, that one show, and that one town.”

Dierks Bentley officially announced “What the Hell Did I Say” as his next single in late June. He says he named his tour after the track, “hoping that it would be a single this summer because it perfectly captures the ‘anything goes’ spirit out there this year.” The song is a symbolic thank-you to his fans, who have stuck with the country star while he took some chances musically.

“My fans are really patient on this record,” Bentley told The Boot. “We’ve taken a lot of twists and turns: ‘Somewhere on a Beach’ was different. ‘Different for Girls’ was different for me. And then ‘Black,’ for that to go No. 1, it’s not the typical song that does that. They’ve been really patient in allowing us to do stuff. So to come back with a song that’s a real down-the-middle, fun party song — it’s kind of a good summer song, and I’m excited about it.”

We’re excited, too, and it looks like the hard work paid off!