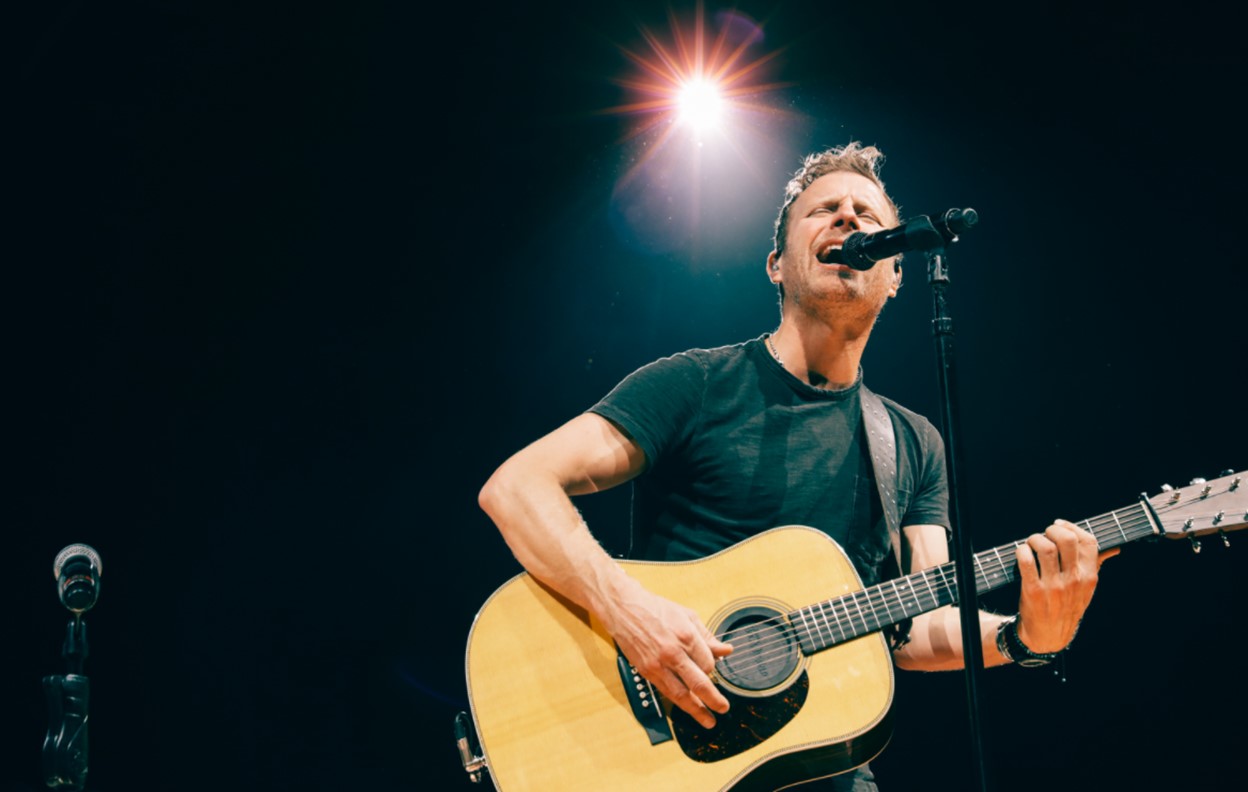 Country music entertainer Dierks Bentley has finally revealed what he's been working on--- a new album called 'The Mountain.' Learn more about the project here!

After teasing fans with a series of clips of himself out in nature, country music star Dierks Bentley has announced his upcoming album— The Mountain! Enjoy his big reveal via Instagram and hear a bit of the title track below!

Yep, we like what we’re hearing and look forward to the record dropping later this year.

In a new interview with NPR, the Arizona native opened up about his current artistic goals. “I’m just trying to find ways to make it meaningful to me,” he shared. “It’s kinda like I want to have my cake and eat it too. I want to have a big single that sounds gigantic that you listen to on the surface and love it, but if you’re a fan, you dig deeper and go, ‘Oh, I see what he’s doing.'”

With The Mountain, Bentley plans to focus on themes of discovery and diving deep into oneself with the backing of bluegrass elements such as mandolin, banjo, fiddle and flatpicked guitar. It will be interesting to see how this upcoming project compares the star’s 2010 bluegrass album Up on the Ridge. The Mountain is currently available for pre-order via Dierk’s official website here.

Although the singer-songwriter’s ninth studio album doesn’t have an offical release date yet, the first single is expected to debut sometime this month. In December, Bentley shared two new songs, “Burning Man” and “Living,” while performing in Las Vegas.

“My brain has been focused on writing songs, on recording songs — all new songs. There’s about 50 new songs bouncing around in my head. There’s so much excitement for me and the guys in the band,” Bentley shared with his Las Vegas audience. (Um, could we have a double album please?!)

“When you live on the road, there’s very few days you’re living. Most of your time you crash in the hotel room. It’s dark, it’s lonesome, you’re hungover. You’re tired. You’re missing stuff,” the star confessed about his track “Living,” adding, “We try to live every day. No matter what we do, we try to do something that makes us feel like we’re living. That’s how this song came about.”

Check out “Burning Man” and “Living” in the following videos!