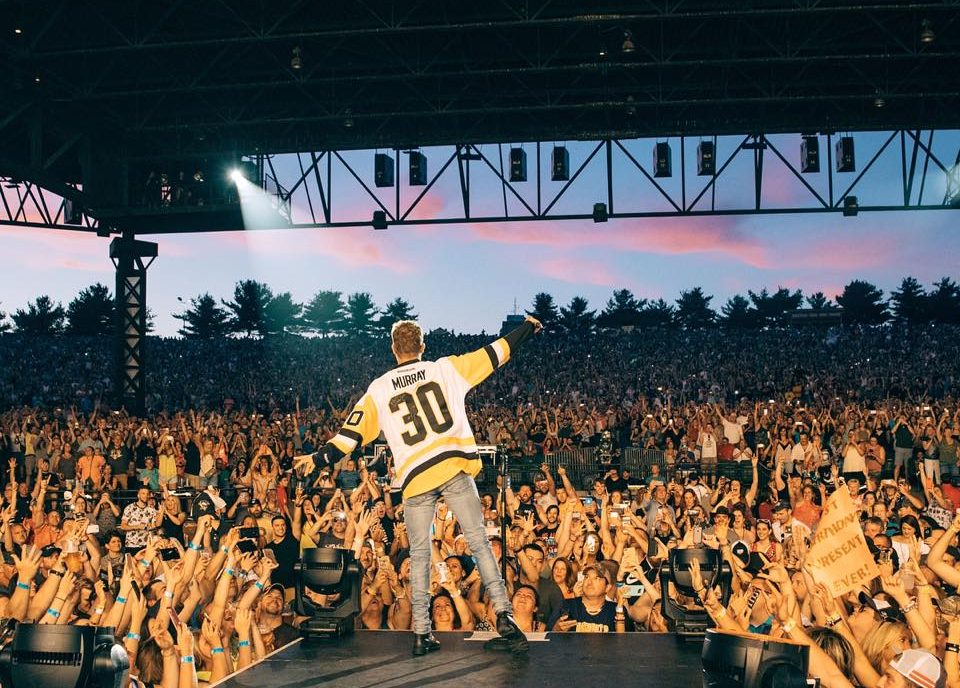 Dierks Bentley had to wear a Penguins Jersey during his Pittsburgh concert this past Saturday June 24) after losing a bet.

Country artist Dierks Bentley had to sport a Pittsburgh Penguins jersey at his Pittsburgh concert this past Saturday. He lost a bet with Y108 radio personality “Wookie” on the winner of the 2017 Stanley Cup Finals between the Nashville Predators and the Pittsburgh Penguins.

Bentley was supporting his Nashville team alongside other major country celebrities such as Carrie Underwood, Keith Urban, and Little Big Town. Many of them performed the national anthem before Nashville’s home games as well. However, the Penguins defeated the Predators in Game 6.

Bentley was a good sport about the Penguins becoming back-to-back Stanley Cup Champions, despite his love for the Predators. After his concert, the star autographed the jersey so that it could be auctioned off for charity.

Pittsburgh Penguins goaltender Matt Murray also showed his sportsmanship. He sent Bentley an autographed Penguins jersey. “To Dierks: It’s all your fault!” he wrote, jokingly referencing the smack talk before game three of the finals.

“You won,” Bentley said to Murray in a Facebook video before the Pittsburgh concert. “And I appreciate the jersey, and now I have to go on stage and wear this thing. Congratulations to you and all the Pittsburgh Penguins fans for your Stanley Cup win 2017.”

Someone pass along to @beckhamthenewf #mattmurray! thanks for the jersey ha. bet lost, paid in full

Besides hockey-related shenanigans this week, the entertainer has also released “What the Hell Did I Say” as the fourth single from his critically acclaimed and top selling album Black. The infectious track follows three consecutive No. 1 hits from the album, including the Gold certified title-track and the Platinum certified hits “Somewhere On A Beach” and “Different For Girls.”

“We named the tour after this song hoping that it would be a single this summer because it perfectly captures the anything-goes spirit out there this year,” Bentley shared in a statement. “It’s crazy right now with Cole [Swindell] and [Jon] Pardi…every night is better than the one before…just when you think it can’t get any more fun, it does. I’ve worked my whole career to have a tour like this one.”