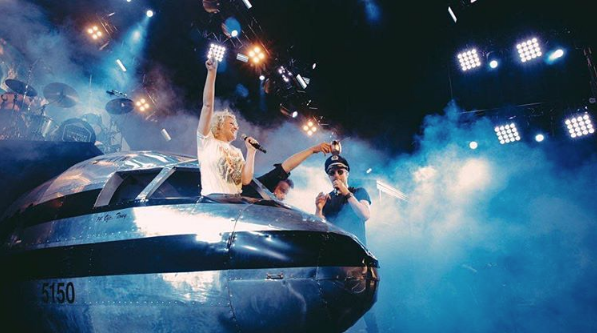 Caption this photo to get on stage and climb aboard.

Judging from social media, Dierks Bentley is having a blast on his 2016 tour with Cam and Randy Houser. They’ve been making their way across the U.S. and are about to hit Michigan, New York, Louisiana, and beyond.

At a recent stop, Dierks posted an epic picture of his stage plane and asked his fans to leave a caption. The winner of the caption contest would be invited on stage to go for a ride with Cam and Randy Houser. Check it out below.

& then there is this. honestly, what the hell! please caption. winner gets to sit in plane.@RandyHouser @camcountry

Bentley and his entourage are coming to a town near you so you better get to captioning if you’d like to get on stage with these superstars.

To see all of Dierks Bentley’s tour dates click here and find a performance near you.