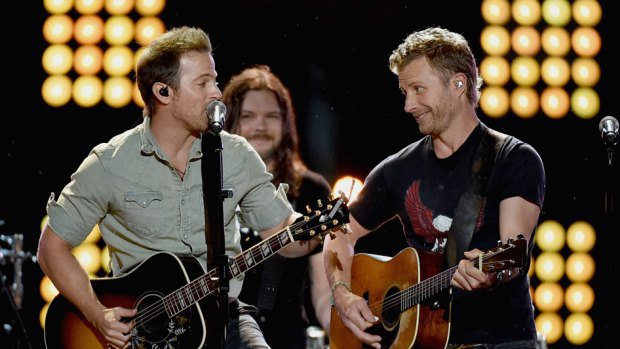 Stars and Strings will be a stripped-down acoustic concert with performances by Dierks Bentley, Kip Moore, and other hot country acts.

The event was announced by Jeff Kapugi, Vice President of Country Programming, at CBS Radio and Program Director of US 99.5 (WUSN-FM, Chicago).

“Our service men and women sacrifice every day to protect our country, and they deserve our appreciation and gratitude. Stars And Strings will salute and honor their efforts, as well as provide support and awareness to a very important and worthwhile cause” Kapugi said.

As a tribute to those who currently serve or have previously served in our armed forces, a portion of the proceeds will benefit Folds of Honor, which provides educational support to spouses and children of America’s fallen and wounded soldiers. There are more than one million dependents adversely affected by military deployments and of that number, nearly nine out of 10 do not qualify for federal scholarship assistance. Stars And Strings is presented by The United Association’s Veterans in Piping Program, offering returning veterans a career in the Union Pipe Trades.

“It’s really cool to be part of Stars And Strings at The Chicago Theatre honoring our veterans with a bunch of Nashville stars and friends of mine,” said Bentley.

“The tickets are going to benefit the Folds of Honor, a foundation that is really important to me, that helps the children of deceased and wounded veterans go to college. It’s going to be fun – a chance to play country music, honor our veterans and raise money for a great cause. That’s awesome for me, and I feel lucky to be a part of it,” Bentley continues.