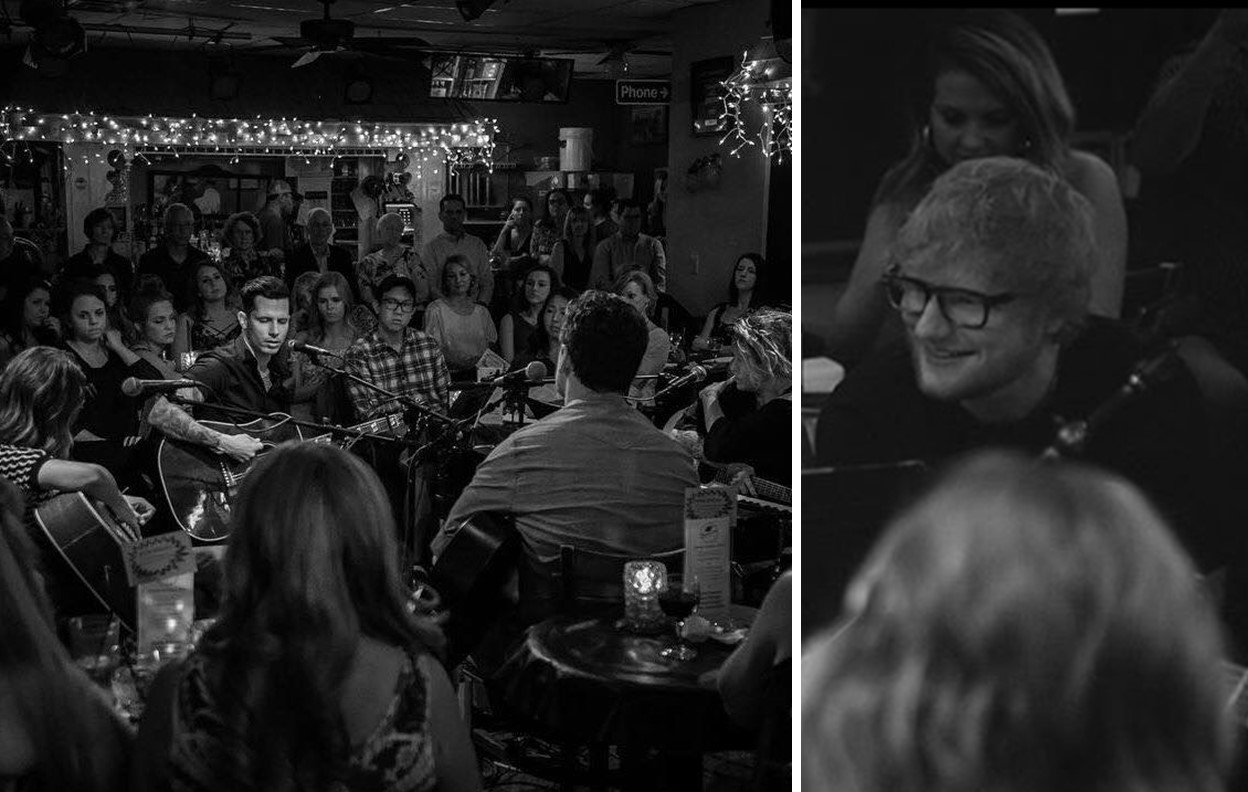 What an unbelievable experience at the @bluebirdcafetn last night. Honored to share it with some great friends that I admire @wadge1975 / @hodgesmusic / @jillianjacqueline / & a special shout out to @teddysphotos for the “Thinking Out Loud” cameo. Thanks to everyone who was a part of my first night at the sanctuary of songwriters. I’ll never forget it.

“Last night I played The Bluebird Cafe for the first time,” Dawson reflected in a statement. “For a guy who has revered Nashville, Country Music, & Songwriting for so long, this was such a HUGE moment for me. I was surrounded by the people I love and admire and we poured our hearts and souls out like only the Bluebird’s atmosphere would allow. We told stories, played songs people recognized and also surprised everyone with songs (and guests) they might not have been expecting. The imperfections were perfect and the vibe was truly abundant. Thank you so much to The Bluebird Cafe & my Nashville family for yet another reminder that I am indeed in the right place at the right time. What a surreal night I will never forget!”

Wadge has penned several pop hits, including the Grammy-winning “Thinking Out Loud.” The track was cut by her international pop superstar co-writer Ed Sheeran, who just so happened to be sitting in the audience and joined Wadge in the round for a performance of the song.

Watch their unexpected performance below!

That’s right, THE Ed Sheeran skipped out on the 2018 American Music Awards to make Dawson’s event in Music City. Umm, how awesome is that?!

Wow @zdevin, you were right, your Bluebird Cafe debut was epic! Thanks @wadge1975, @JillianJacqueline and @Hodgesmusic for joining Devin for an awesome round and Ed Sheeran (@teddysphotos) for being a special guest. #bluebirdcafe #nashville #musiccity #devindawson #edsheeran

Congrats to Devin on making his big debut at the famous Bluebird Café! Share this news with other fans!

“Asking For A Friend” Lyrics