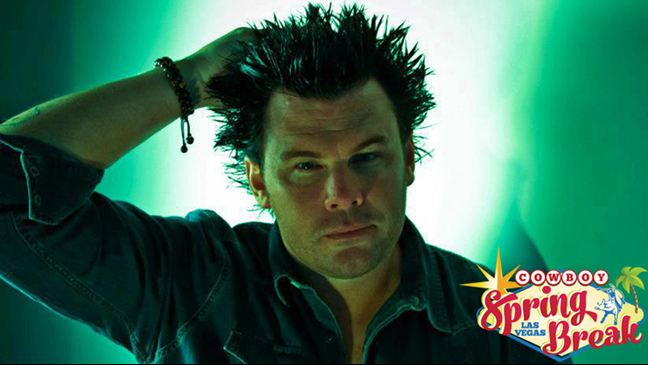 Las Vegas is known for its love of glitz, glamour--- and now, cowboy boots.

This Memorial Day weekend, Dee Jay Silver is stepping away for a few days from the “2015 Burn It Down” tour with Jason Aldean for several performances in his adopted hometown of Las Vegas.

Silver will deliver his unique mashups and remixes to partygoers at Rehab at the Hard Rock Hotel & Casino, Body English Nightclub, and the PBR Cowboy Spring Break party at MGM Resorts Village.

At the PBR Cowboy Spring Break party, the talented DJ is set to rev up the party from the Monster Energy Cowboy Festival Main Stage with his signature blend of country, hip hop, and rock mixes.

Silver will open for Montgomery Gentry on Friday, heat up the crowd for Ryan Bingham and Gary Allan on Saturday, and kick off the Clay Walker and The Band Perry concerts on Sunday.

“This weekend is going to be unreal,” Silver stated. “I can’t wait to play for the PBR fans — some of the most enthusiastic in the business. Add pool parties, great food, great concerts and entertainment to the best bull riding in the world and even I can’t wait for the fun to begin!”

Tickets for Cowboy Spring Break weekend and all of the activities are on sale now at all MGM Resorts ticket offices or concierge desks, all Ticketmaster locations or on-site at MGM Resorts Village on the day of the event. Tickets also can be purchased at ticketmaster.com or via phone at (800) 745-3000.

Following his stint at the MGM Resorts Village, Dee Jay Silver will be spinning at the Hard Rock Cafe’s Lake Tahoe pool Monday during the day and at Vinyl Night Club at night.

Time for a spontaneous vacation, eh?