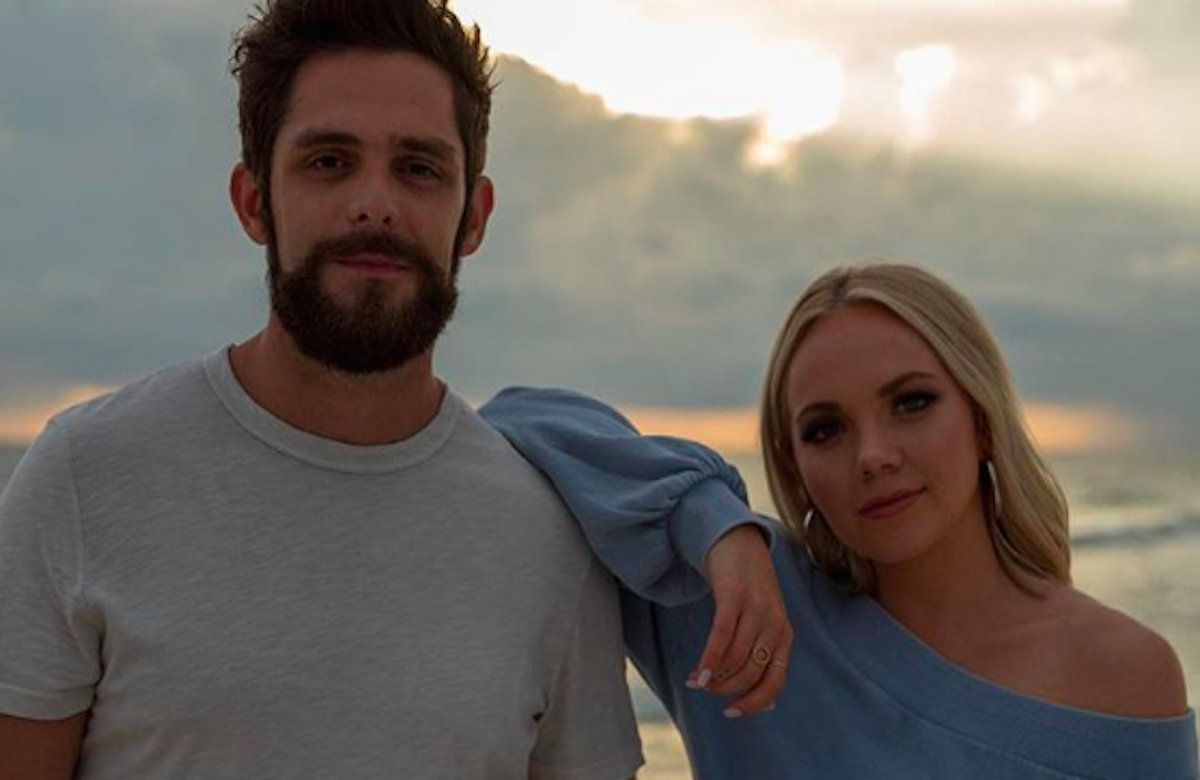 Danielle Bradbery and Thomas Rhett teamed up to record "Goodbye Summer" and just dropped the music video. Watch it here!

Fans of country music stars Danielle Bradbery and Thomas Rhett are in for a real treat with this one! The two stars worked together and just dropped their music video for “Goodbye Summer”! Watch it below!

The duo did not only perform this hit together, but they also collaborated on the lyrics as well! “Goodbye Summer” plays off of Danielle’s song “Hello Summer” from her second song. The entire project comes full circle for Thomas Rhett seeing as he co-wrote “Hello Summer” along with Rhett Akins, Julian Bunetta, and Jaren Johnston.

@thomasrhettakins and I say goodbye to Summer on Monday 👋🏼 🌊 #goodbyesummer

“It has been amazing to see the storyline of ‘Goodbye Summer’ played out,” Danielle reminisces. “The video shares the emotions that come with a summer love. Shaun Silva had such a beautiful vision for this video and really brought it to life. It was a lot of fun to have Thomas Rhett join me for the shoot in one of my favorite places, 30A.”

For Danielle, Thomas Rhett is more than another big name in country music- he has been a mentor to her as she has navigated the world of music and found her voice. That friendship made recording this song and music video all the more special.

“Thomas Rhett was one of the first mentors I had in Nashville and we’ve become really good friends over the years. He’s like a big brother to me, so to be able to record a song he wrote was incredibly special,” Danielle put in a press release about her new music. “I remember when I first heard the demo, I actually jammed to it with Thomas Rhett’s vocal on it as if it wasn’t even going to be mine. Now to have the opportunity to re-record the song with him — it’s a dream scenario.”

#GoodbyeSummer TOMORROW only on @refinery29

TR has also been very excited about the evolution of this song. From the demo track to the music video- he has been there the whole way!

“It’s been fun watching this song evolve since I first recorded the demo,” Rhett adds. “Danielle’s voice really took it to another level, and I’m pumped that we got the chance to team up on a new version. It’s always a blast getting to create with your friends.”

The music video becomes even more meaningful when just shortly after the video was filmed the beach was destroyed by Category 4 Hurricane Michael. After watching her own mother’s home get destroyed by Hurricane Harvey in Houston, Danielle felt called to help in any way she could.

“Rosemary Beach has always been a special place to me, especially now that we captured its beauty in this video,” Danielle begins. “I knew I wanted to help out the local community after Hurricane Michael hit, and the Rosemary Beach Foundation is the perfect organization to partner with. They were immediately providing meals and supplies to the people who lost everything, and now they’re distributing funds to local organizations involved in relief efforts – supporting everything from the rebuilding of homes to purchasing supplies for local schools.”

Share this new music video with other country music fans!