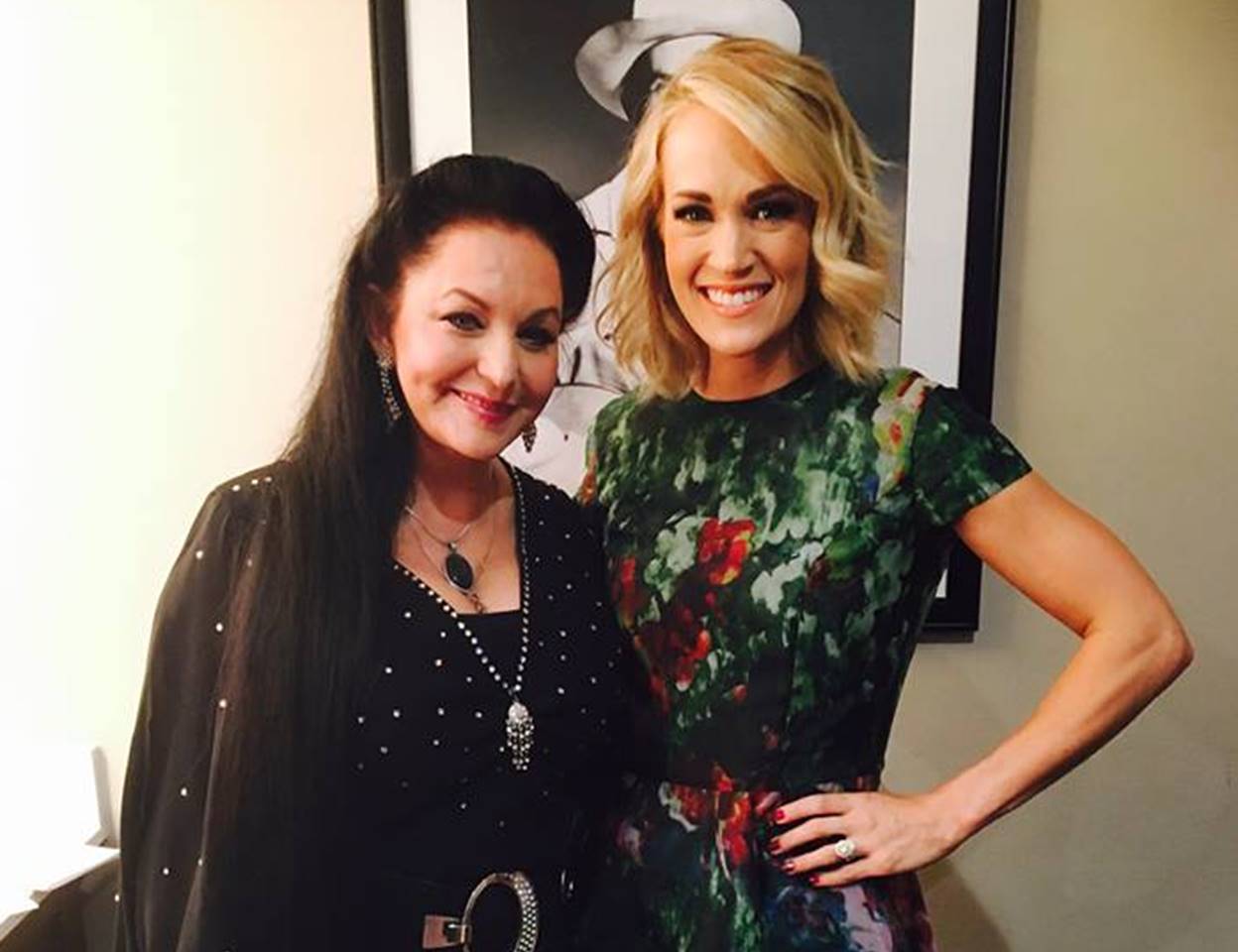 On Tuesday, November 15th, country music maven Crystal Gayle performed at the Grand Ole Opry, but what she didn’t expect was for Carrie Underwood to join her on stage to ask her personally to become a part of the “Opry family, officially.”

Watch the remarkable moment below!

Gayle was left temporarily speechless! After nearly half a century of performing at the Grand Ole Opry, she will now be inducted with the help of her sister, Loretta Lynn.

“I was really excited when they said Carrie wanted to sing with me…very surprised,” says Gayle. “I felt like a part of the family for many years (because) my sister (Loretta Lynn) is a member, so this is really special and nice.”

She will be officially inducted into the Opry during the January 21st show, which will take place on the Ryman stage. Gayle first appeared on the Ryman stage almost 50 years ago, when she was just 16-years-old.

Carrie Underwood even went on to say tell Gayle, “you are an inspiration to so many of us.”

Don’t forget the share this news with other Crystal Gayle fans!