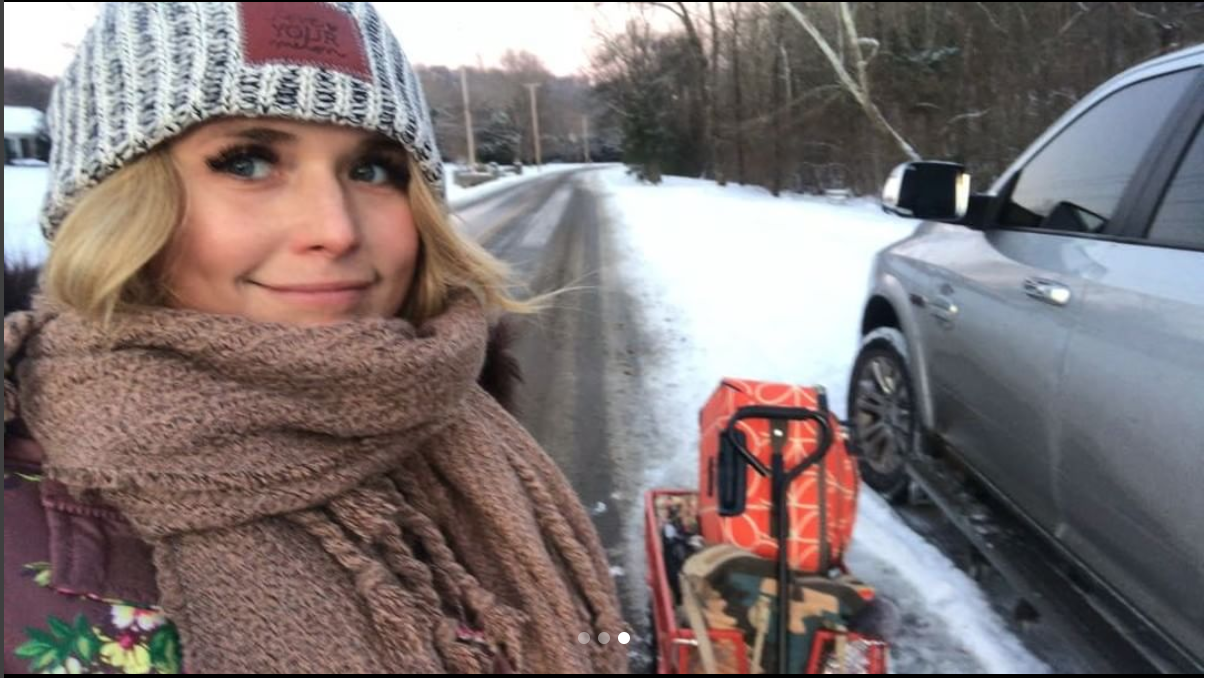 When the recent cold spell brought snow to many parts of the U.S., many country music stars took it as an opportunity to have a little fun!

Well, it’s winter time in Music City, and country stars are enjoying their free time playing in the snow! Over the long weekend, Nashville saw 2-3 inches of snow. Temperatures were below freezing, but stars chose to make the most of it and spend time outdoors, just like everyone else! Tim McGraw, Drake White, Kelsea Ballerini and Miranda Lambert were a few superstar artists who shared some fun moments in the snow.

Many enjoyed the weather with family and friends, like Russell Dickerson with his honey, but some included their furry friends. Ballerini captured a picture of her dog, Dibs, with a nose covered in snow. Jessie James Decker‘s dog, Jenny, pounced around in the snow.

Life’s a wonderland with you @kaileydickerson

here’s a frozen dog beard to bless your snow day.

Jenny Gump will forever have a puppy face even though she’s 5 now! #snowdogs #raisedincolorado #coloradopups

Miranda Lambert recorded her adventures in the snow via Instagram. She struggles to get through the snow while carrying luggage from her house. With the help of her red wagon, she finally made it to her bus. Check it out here!

Jon Pardi went for a tractor ride in the snow as it piled up. On the other hand, Drake White scooped up some snow in his hands and blew it at the camera in slow motion. Sheryl Crow captured a sweet moment of her boys teaming up to drive a mini 4-wheeler in the winter wonderland. Meanwhile, John Rich enjoyed the wintery views from inside his home, overlooking his guitar shaped pool.

Build a fire and enjoy the snow day! #snowday

Tim McGraw and wife Faith Hill had fun with each other in the form of a snowball fight. It was competitive but friendly, as Hill showed in her adorable Instagram video. It’s unclear who was winning because both were covered in snow, but they peacefully ended it with a sweet kiss.

Tim and Faith extended their already successful Soul2Soul Tour into 2018 and added 25 more dates. Starting in Richmond, Va. on May 31, the tour will then last through the summer until July 22 in Sacramento, Calif. After touring through 2017, they landed at No. 1 on many of Pollstar’s rankings. Some titles include Average Grossing Country Tour (North America) and Average Grossing Co-Headline Tour (U.S.). In March, they will co-headline the C2C: Country to Country Festival in London.