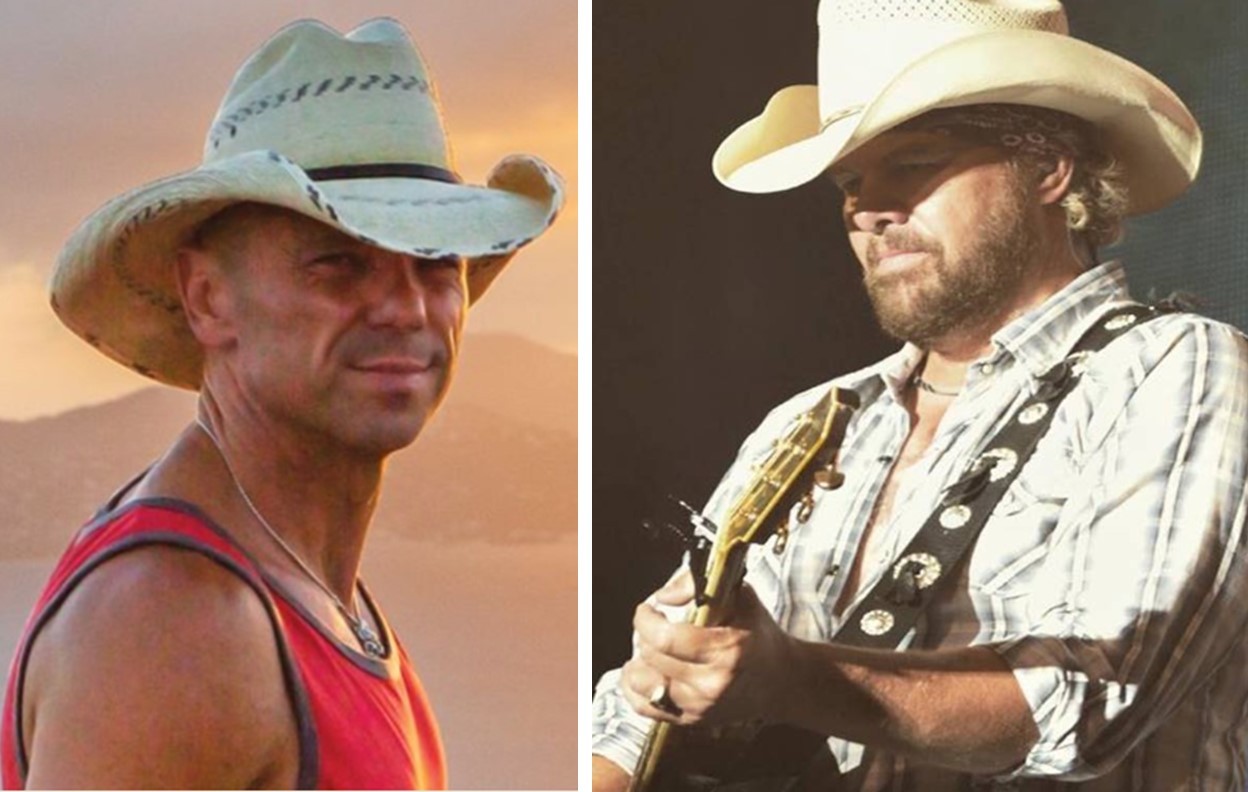 Celebrate the Fourth of July right with ten country songs about America and our shared values! Have a safe and happy holiday celebration!

It’s the Fourth of July and that can only mean one thing—it’s time to show off your AMERICAN pride! No other genre of music pays tribute to the red, white, and blue like country music does.There is no shortage of songs from artists like Toby Keith and Martina McBride that will get you in the patriotic mood. It was hard to choose, but we were able to put together a rundown of some top country songs about America for your 4th of July playlist!

1. Toby Keith: “Courtesy Of The Red, White And Blue (The Angry American)”

My daddy served in the army
Where he lost his right eye but he flew a flag out in our yard
Until the day that he died
He wanted my mother, my brother, my sister and me
To grow up and live happy
In the land of the free

Let freedom ring, let the white dove sing
Let the whole world know that today
Is a day of reckoning.
Let the weak be strong, let the right be wrong
Roll the stone away, let the guilty pay
It’s Independence Day.

We were Jesus save me, blue jean baby
Born in the USA
Trailer park truck stop, faded little map dots
New York to LA
We were teenage dreamin’, front seat leanin’
Baby, come give me a kiss
Put me on the cover of the Rolling Stone
Uptown down home American kids

And now he’s wrapped around her finger,
She’s the center of his whole world.
And his heart belongs to that sweet little beautiful, wonderful, perfect all-American girl.

6. Aaron Tippin: “Where The Stars & Stripes & The Eagle Fly”

It’s a big ol’ land with countless dreams
Happiness ain’t out of reach
Hard work pays off the way it should
Yeah, I’ve seen enough to know that we’ve got it good
Where the stars and stripes and the eagle fly

8. Kenny Chesney: “Back Where I Come From”

So we raise her up every morning
We take her down every night
We don’t let her touch the ground and we fold her up right
On second thought, I do like to brag
‘Cause I’m mighty proud of that ragged old flag