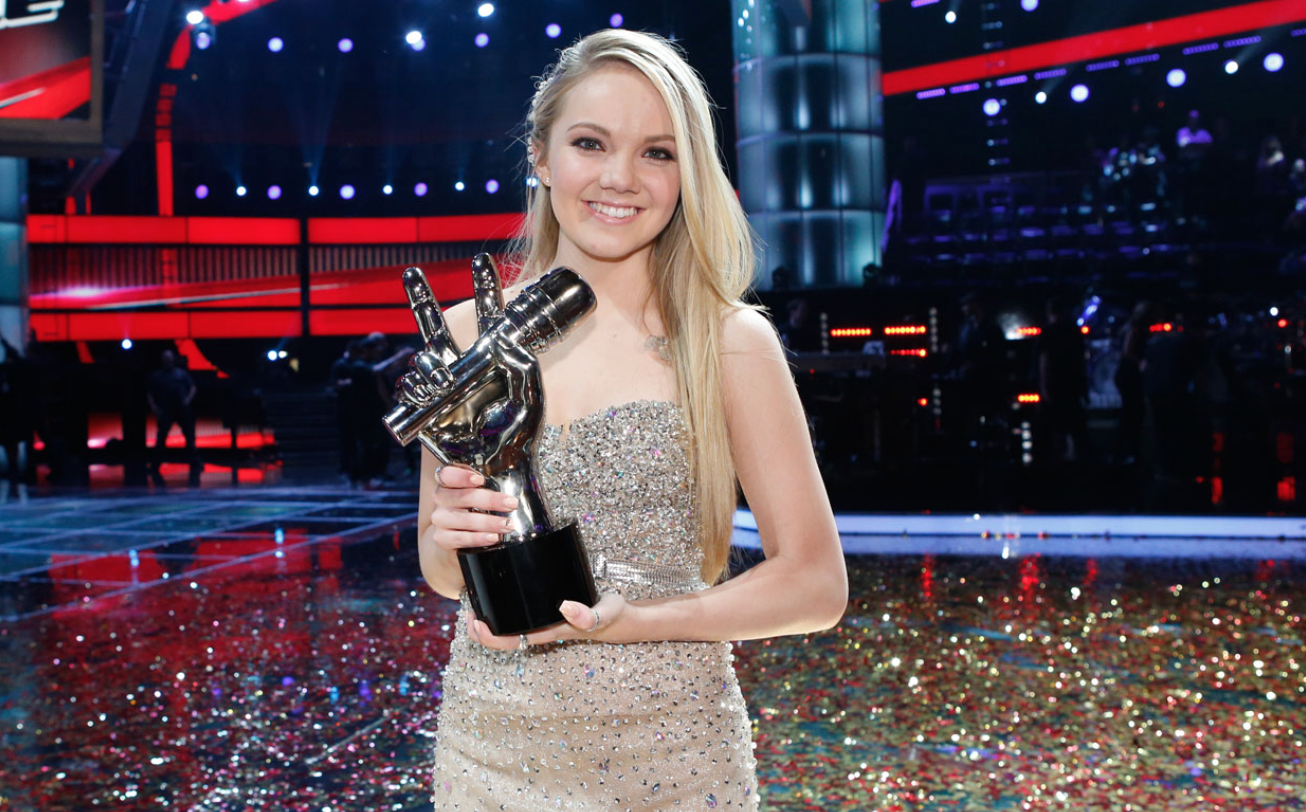 Country singer Danielle Bradbery just reached her 8th anniversary of winning The Voice TV show.  When country star and The Voice coach Blake Shelton said, “[Danielle Bradbery is] one of the most important artists whose ever been on the “The Voice,” he was right.

On June 18, 2013, Danielle Bradbery won Season 4 of The Voice on Team Blake, the youngest at the time (16) to ever take the title. Since proving victorious, the songbird made surprise appearances on her mentor’s Ten Times Crazier Tour. She has also opened for Brad Paisley‘s Beat This Winter Tour, Hunter Hayes‘ We’re Not Invisible Tour, and Scotty McCreery’s See You Tonight Tour, as well as Thomas Rhett and Brett Eldredge‘s CMT Suits and Boots Tour.  It is hard to believe that it has already been 8 years since Danielle won The Voice.  Danielle is now 24 years old (born July 23, 1996) and continues to work on her country music career.

The talent’s self-titled first album dropped in 2013 with the lead single “The Heart of Dixie,” followed by her second single “Young in America.” Danielle released her 2nd studio album in 2017 titled “I Don’t Believe We’ve Met”.  The album peaked at #6 on the Billboard Country Album chart.  In 2020, she released a single and music video for “Never Have I Ever”.

Watch this overview of Danielle’s journey on The Voice below:

Don’t forget the share this update with other Danielle Bradbery fans!