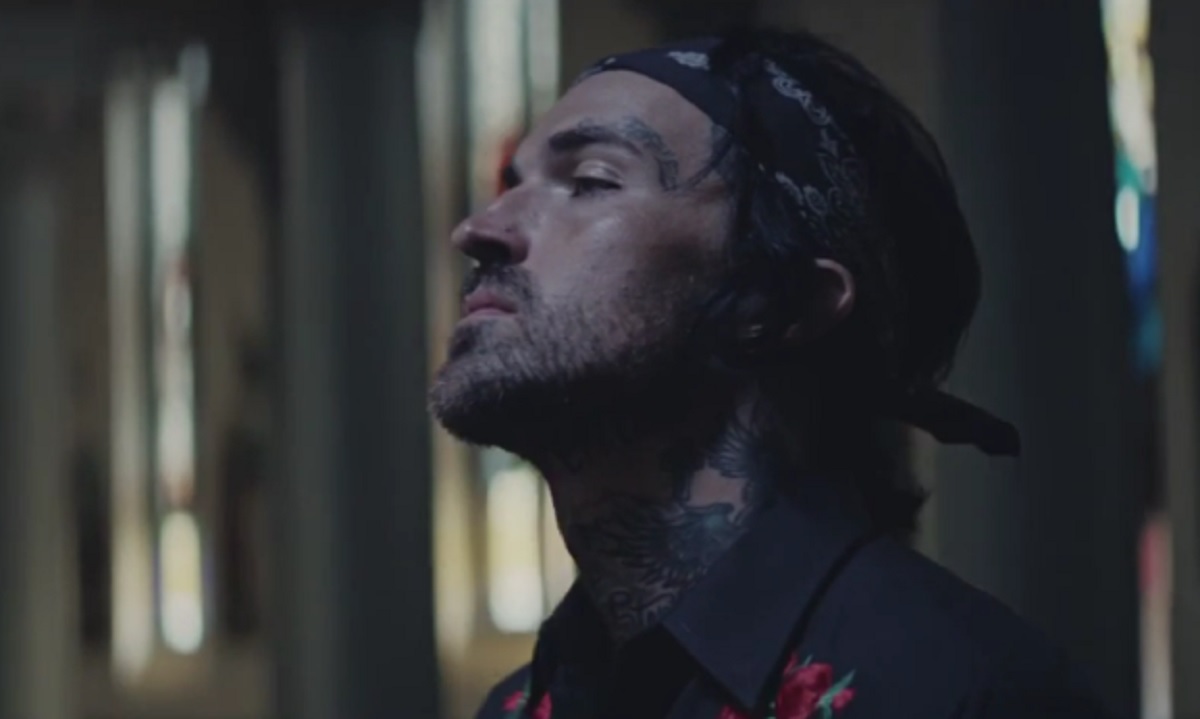 Yelawolf is a Country Rapper and Hip Hop artist from Alabama.

Yelawolf was born Michael Wayne Atha and has been gaining fame in the Hip Hop and Country rap genres for the past 12 years.  Watch the official music video for “Best Friend” featuring Eminem and check out the lyrics below:

[Verse 1 – Yelawolf:]
Ain’t never been much of the church type
But I believe in the last days
I walk through Hell almost every night
But I believe it’s a pathway
Say boy, what you doin’ with your life
With those tattoos on your face?
Say boy, you know that you’ll pay the price
Well, I guess I’ll see when I head that way

[Verse 2 – Yelawolf:]
I don’t know much about Holy Bibles
But I grew up in the Bible Belt
I put my love for a woman on idle
Because I got beat with my mama’s belt
But I learned from my mistakes
Try hard to respect people for what they believing in
But if you spit on my fucking grave
And wish me Hell then I wish you well
I’mma send you straight up to my best friend

[Verse 3 – Eminem:]
God, please could you arm me with the armor
To calm me when there’s drama like Gandhi
Could have gone the other way many times
Could have turned Dalai with the lama
But I squashed my beefs and things seem to be looking decent recently,
But don’t jinx it
It’s like Clint Eastwood looking for peace
Though maybe not finna enta’ the priesthood,
But at least should make an attempt to show some remorse
And to be some sorta repenter
For the people I’ve been a menace ta’
Not a preacher, but a shit starter and finisher
Enta’ the mind of a thick skinned, but a short temper
This patience of mine is thinner
Than twine is when I get attacked
So I might say something back that might offend you
So if you don’t like when I rap
Of what I have to say on the mic then you
Might wanna act just like quarterbacks
And take a fuckin’ hike when I snap cause I’m a sinner
(I got a best friend, best friend)
Plus balls and intestines
And they never been yes men
They gon’ tell me when I’m fuckin’ up
The minute I’m ever giving it less than
I’m about to vomit and I can feel it coming
Cause failure’s something I can barely stomach
And I only listen to my guts
So unless you’re my fuckin’ belly button
Don’t tell me nothin’
You ain’t my (best friend, best friend)
Who you think I’m talking ’bout?
Lifts me up when I’m down and out
Still look to him without a doubt
Still got a (best friend, best friend)
Shout it out like there’s never been a louder mouth
Should have never been allowed a mouth
Now that I got a higher power
Now when I black out power outage
They powerless, but they crowd around
They tend to flock like shepherds the black sheep
But I’ll be the worst thing that these motherfuckers ever herd
When I’m counted out
You be D.O.A., they’ll announce
But pronounce you dead when they sound it out
So prepare for a rival with your arch enemy
Surrounds you now
He’s all around you
Not even the doctor’s at the hospital
Are gonna shigy-shocked you back to life
It’s in piggy possible to revive you
That’s word to the digy doc
Stigy stopping is not an option
Something I’m not gonna do
I’m the Iggy Pop of hip-hop when I walk in the booth
Dawg, I’m the truth like Biggie rockin’ with Tupac in the suit
Talking to Proof dropping a deuce
Fill up a syllable clip like a re-fillable script, cock it and shoot
And who do you think’s my Glock that I use
That I pull from to get my strength up against these haters
And he’ll be waiting at the gate
When you get sprayed up, sending you hoes straight up
To deal with my (best friend, best friend)

Remember to “share” this with other fans of Country Rap Music.