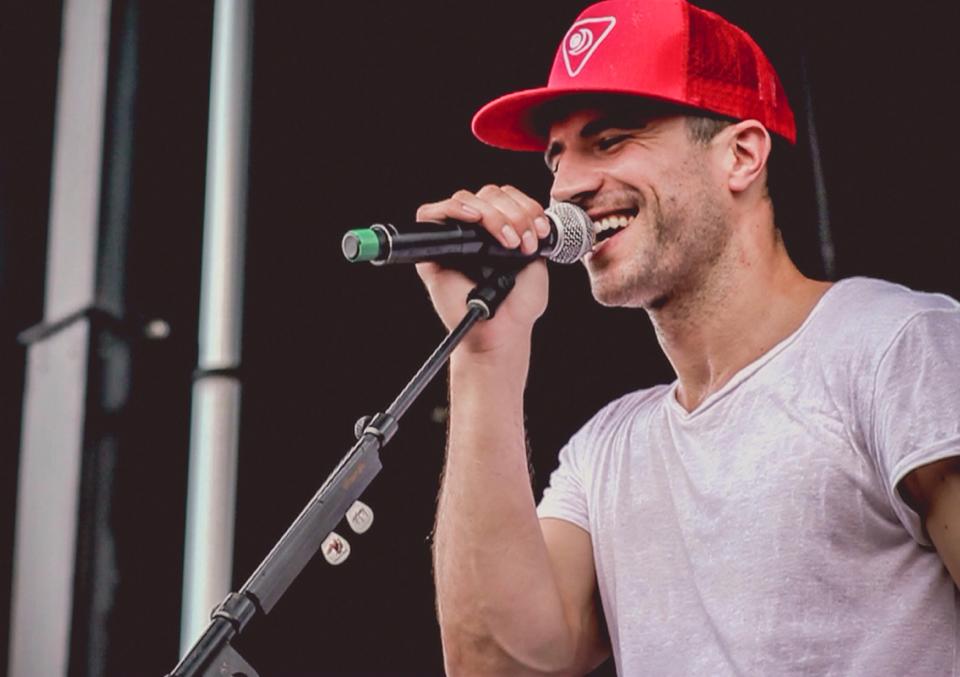 C'mon just look at Sam Hunt. He's a masterpiece. Here's the deal--- Country Fancast is going to highlight several of country music's hottest male artists and y'all will decide who reigns supreme. Does Sam Hunt make your list?

Sam Hunt, 31, hails from Cedartown, Georgia and is the eldest child of an insurance agent and a teacher. His high school days were highlighted by his football prowess, which led to Hunt becoming Middle Tennessee State University’s quarterback for two years. Due to a string of injuries, the young athlete taught himself how to play acoustic guitar and worked on songwriting. We can thank Hunt’s college roommates for encouraging him to perform his music at bars after hearing a few of his original songs.

After graduating in 2007 with a degree in economics, the Kansas City Chiefs invited the talent to their training camp. Unfortunately, Hunt’s professional football dream went kaput and he decided to take the leap and head to Nashville in his mom’s minivan.

But hey, that setback turned out great for us— you don’t put this kind of masculine beauty under a football helmet. That’s a sin.

In early 2014, the budding entertainer inked his own recording deal with MCA Nashville. His very first studio-backed single “Leave the Night On” rocketed to No. 1 on the Country Airplay chart and also scored RIAA Platinum certification. The smash hit’s music video resulted in Hunt winning ‘Breakthrough Video of the Year’ at the CMT Music Awards.

The Georgia native’s debut full-length studio album, Montevallo, dropped in October 2014 and continued Hunt’s meteoric rise into country music elite status. The second single from the album, “Take Your Time” was a mega hit and Montevallo spun off four consecutive top 40 Hot 100 singles. Notably, Hunt became the first country artist to have all of the singles from his debut album to peak within the top 40 on the chart.

Hunt has blasted away country music stereotypes and introduced fans to a new sound. Despite mutterings from country music’s hardcore traditionalists, his unique musical approach earned him the American Music Award for ‘New Artist of the Year’ in November. Obviously what he’s doing is working.

Nobody puts Baby in the corner. Nobody.