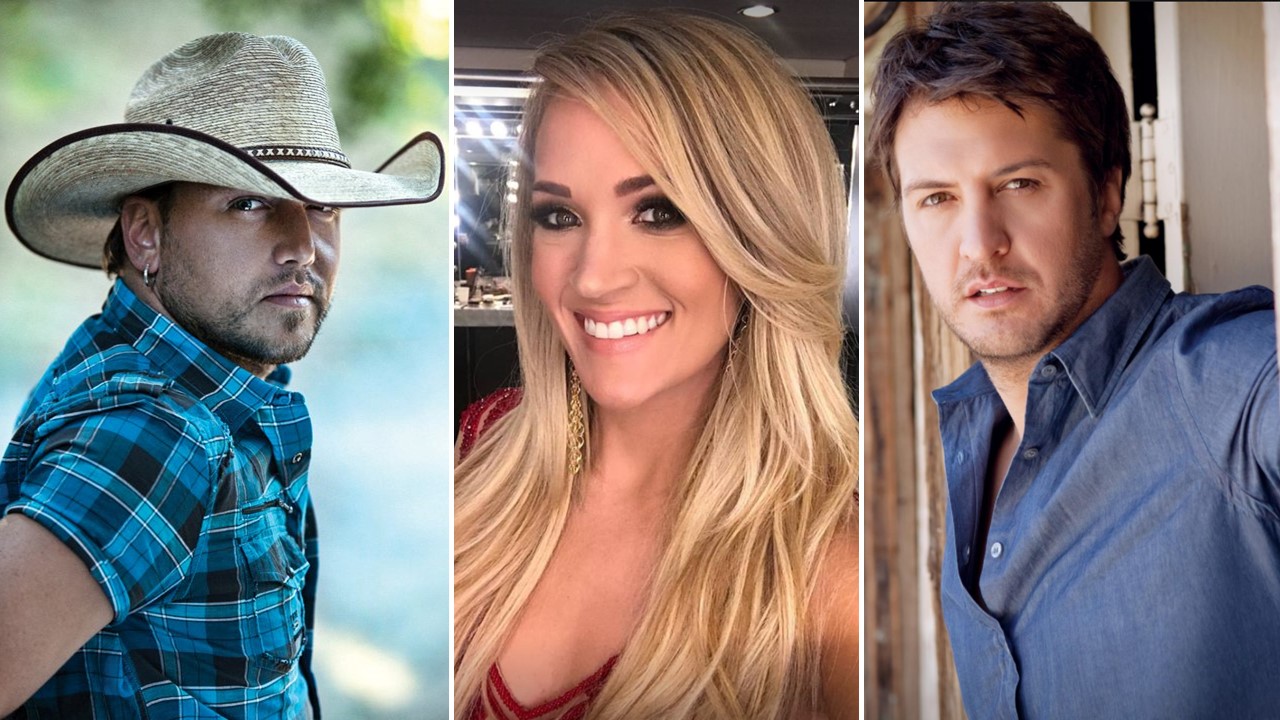 We’re taking a walk down memory lane to see what these country music stars looked like as kids. It’s amazing how much they’ve changed over the years. In some cases the younger versions of these celebrities are hardly recognizable. Take a look at this collection of hilarious throwback photos below!

It’s no surprise that this star had a guitar in hand at such a young age. He has always had a knack for music. He began playing guitar and writing his own songs during his early teen years, and moved to Nashville after graduating high school to see if he could make it big. Here we are, years later, and Shelton has become one of the biggest country stars of the 21st century.

It’s hard to decide which version of Tim McGraw is cuter. Seriously… look at that smile! McGraw has earned his place at the top with hit after hit, including “Live Like You Were Dying,” “Felt Good On My Lips,” and “My Little Girl,” among many others.

This rising star made her breakthrough on season two of The Voice, where she made it to the quarterfinals. It’s safe to say she was just as cute and spunky then as she is now!

I wore sweats and combat boots together before it was cool. #tbt

Miranda has always been a down-home Texas beauty. Look how adorable she was as a kid! Miranda is more than just a pretty face; she is an avid singer-songwriter who also holds a great deal of passion for rescuing animals in need through her MuttNation Foundation.

Young Luke Bryan was looking sharp in his suspenders and fancy hat!

#GiveWithTarget #TBT: 4th grade dress up as someone famous at school. Can you tell who I am? Proud to work w/@Target in support of education #ad

This sweet southern belle has done everything from working at Sonic, to participating in the Miss North Carolina pageant, to singing her heart out for Simon Cowell on American Idol. This beloved artist has definitely worked her way to the top.

We’re willing to bet that Keith Urban was voted “best hair” in school. Look at those locks! This New Zealand-born, Nashville-made superstar worked his way to the top by appealing to a wide variety of fans- those who prefer country, to pop, to rock- he does it all!

Jason’s love for music started at a young age. Did you know that his real name is actually Jason Aldine Williams? He created his stage name “Aldean” by changing the spelling of his middle name in order to stand out, because he felt Jason Williams was too common of a name.

This actress and country singer has come a long way from carefree days of her youth. She shines on her latest album “thirty one.” Check it out!

Happy Mother's Day to all the moms out there…..especially this one. I love you momma. Thank you for EVERYTHING you have done! I have always appreciated you but the second I too became a mom that appreciation grew even more. All the sacrifices u made u have always shown grace and strength. Thank you for being the best role model to me on how to be a loving, patient, and strong mother.

This American Honey was originally a Gospel singer before she became 1/3 of Lady Antebellum. She hails from Nashville, Tennessee, and was raised by her mom and dad, two professional country singers.

Faith Hill is an example of an all-American girl. She was one of the biggest female country stars in the 90’s and 2000’s, but isn’t afraid to get a little dirt on her hands. She grew up playing ball in her small town Star, Mississippi, just outside of Jackson.

This country icon looks totally different as a kid, but we can still recognize that winning smile!

Carrie Underwood was a vocal powerhouse from the very beginning. Look how adorable she was as a toddler having fun with her momma. It’s hard to believe this star got her start on American Idol all the way back in 2005.

Such an awful picture of both of us, but I love it! I love it because it's real life! It's not shot in any studio…we're not all gussied up in our Sunday best…heck, we couldn't even manage to fully open our eyes…life is silly and messy and beautifully imperfect. And it all started with this woman! Thanks, Mom, for being my best friend! I love all our moments together…picture perfect and otherwise! I love you!💕❤️ #HappyMothersDay

Eldredge was adorable as a youngster. He was born and raised in Paris, Illinois, and his hometown still has his heart! In fact, he, along with Darius Rucker and Chris Stapleton, returned to their home city of Chicago for CMT’s “Hometown Heroes” special in March, 2017.

What a little ham! McCreery took home the title of American Idol’s season 10 winner in 2011. Ever since then, he’s been stealing hearts and making music with his loveable country boy style.

Reba stole the country scene in the ’80s and ’90s, and is still dear to the hearts of country music lovers everywhere. Those adorable curls hold true to the red head to this day!

Dustin Lynch is the definition of a small town country boy. He grew up in Tullahoma, Tennessee, and has always had a passion for music. He picked up his first guitar at the age of 9, and debuted his musical talents for the very first time at the Bluebird Café in Nashville at the age of 16.

Chris Young wasted no time launching into his country music career. He fell in love with performing through musical theater in grade school. Before he even graduated high school, he was playing in clubs in Nashville and finishing up his self-released debut album. His latest release is a single called “Losing Sleep.” We’re sure Chris always makes the “Nice” list…

#TBT Dear Santa, I promise I've been good this year and I hope you got the list I sent you! #ItMustBeChristmas

Be sure to share these awesome photos with other country music fans!