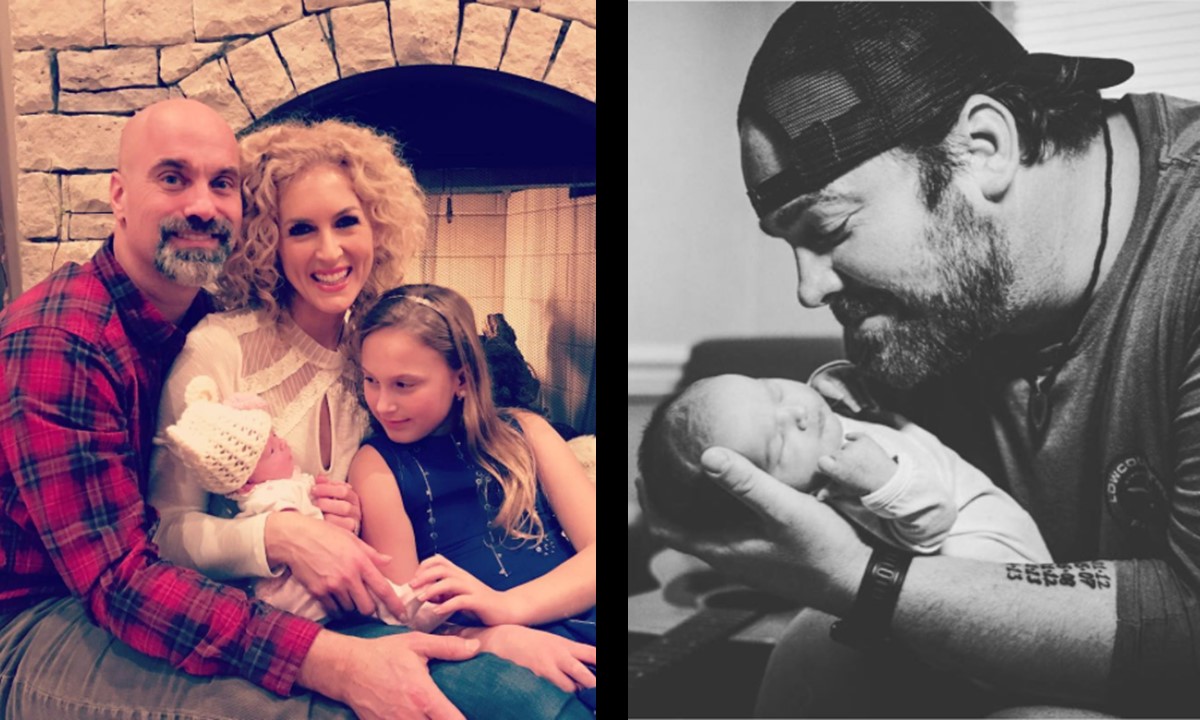 It's been difficult to follow country music births this year, and the baby boom does not appear to be slowing down. Catch up with all the new babies here...

It is only August, but 2017 has already proven to be an incredibly exciting time for the country music world. This year, more than a dozen of the genre’s biggest stars have already welcomed a newborn baby to their respective families. In fact, one special couple added two daughters! When trying to make a list of new babies, the only hard part is knowing where to start! Let’s take a look at these lucky families below…

Since the beginning of 2017, Thomas Rhett has been named ‘Male Vocalist of the Year’ at the ACM Awards, and now he recently became a dad! The year has been nothing short of spectacular for Thomas and his gorgeous wife, Lauren. Many country music fans are familiar with their adorable love story, but did you know the pair added two new daughters to their family within just a few months? After completing a long adoption process, the two lovebirds welcomed home their first child, Willa Gray, back in May. However, Lauren was pregnant throughout the adoption, and she gave birth to Ada James on August 12th. What a cute family!

georgia boy, tennessee girl, uganda cutie pie = our new all american family 🇺🇸💙❤️💙 thankful for the men & women of our country who give us this freedom and make our sweet family possible #happybirthdayamerica 🎈💙

On June 11th, Arkansas native Justin Moore welcomed his first son, Thomas South, into the world alongside his wife, Kate. However, Thomas will go by his middle name. He will be called South in honor of his roots. Since the country singer already had three daughters, he is excited to finally have another male in the house to even out the ratio.

In June, Lee Brice and his wife, Sara, added to their family when they brought home their new daughter, Trulee. Now that’s a cute baby!

These arms have never held anything more precious. God is so good.

They're not just for cooking!! 👶🏼 Get the full set of #loveanddaisies utensils @hsn. Catch me LIVE in an hour! #itsfunhere 💗🌼

The “Boy and a Girl” singer announced via Instagram that his wife, Emily, had given birth on January 12! Mo Pitney and Emily got married in March of 2016. The couple did not wait long to expand their family!

Other country singers who have already welcomed a new child this year include Stephen Barker Liles, Ashely Monroe, Josh Abbott, and Randy Rogers. Well, that catches us up to date! However, numerous other country families will grow in the coming months. Check out which country stars are still expecting below…

Although Brittany has not given birth to Jason Aldean’s new son yet, she has taken to Instagram to show off her baby bump pictures. Jason and Brittany are not the only members of the family looking forward to meeting the child, Aldean’s two daughters from his previous marriage cannot wait to meet their baby brother either. Take a look at one of Brittany’s most recent baby bump photos featuring her puppies here.

Tyler Hubbard of Florida Georgia Line recently got some big news regarding his future child. After being told Hayley was pregnant with a boy, the couple now know the real gender of their child. This year, the Hubbard’s will be welcoming a baby girl into the world! What a cute couple!

Gods got jokes……After thinking we are having a boy for the last few months, turns out the blood test was wrong and we're actually having a little girl. Woe… so many emotions but really really excited about this next chapter even if God does like throwing us a curve ball every now and then. Just keeping us on our toes. #daddysgirl

Lady Antebellum singer Hillary Scott is pregnant with twins. We can’t wait to meet the little babies in February!

God has answered our family's countless prayers! Our family is growing…Chris, Eisele, and I wanted to share our DOUBLE portion of joy with you all! We appreciate all the love and prayers in the coming weeks as we wait (somewhat patiently if you're Chris and I, and impatiently if you're Eisele 😂) for these precious BABIES to arrive. Yep, babies! We are having TWINS! It's truly a miracle. Because we've been so open about our last pregnancy loss and journey, I want to be fully transparent with you that this happened naturally. Chris nor I have any family history of twins that we can find and are just resting in the profound gift this truly is. My heart still grieves for our loss and all who are struggling with pregnancy and infant loss and infertility. God hears every prayer and I will continue to share our story to point to the Source of all life, peace and comfort in the best and most difficult of times. Don't lose hope! Thank you @hodgesusry for capturing this priceless moment and make sure you swipe to see all the sweet moments @montgomeryleephoto captured on the day we told Eisele. Love and blessings to all! The Tyrrell's

Craig Wayne Boyd will be the father of a new baby boy this January!

In case you missed it, @People helped us break some big news yesterday! That's right… we're soon to be #Outnumbered. #BabyBoyd

Not to be outdone by his Lady Antebellum partner Hillary Scott, Dave Haywood will also be welcoming home a child by the end of the year. His wife, Kelli, is due in December with a baby girl!

Thanks for the birthday wishes y'all ☺️ Got to spend it with the fam at Yellowstone! Back to the #youlookgoodworldtour this weekend!! 🎉🎂 -dave

Dylan Scott will be the father of a new baby boy this December!

Blair and I are over the moon excited about our little BOY!!

Rodney Atkins‘ wife, Rose, is due in December. However, the gender has not been revealed.

Happy Fourth of July! We are thrilled to announce our family is growing. Baby Atkins will arrive in December and we know Elijah is going to be the best big brother. 🎈🎈Photo: @fashionandfarmcountry

Brantley Gilbert and his wife, Amber, will welcome home a baby boy this November!

Hey y'all….head over to People.com….we got somethin' to tell ya! link in bio.

Jessica Walker is due in October/November. The baby’s gender has not been released.

Kaitlyn Lucas is due in September with a baby girl! She will be the couple’s third child.