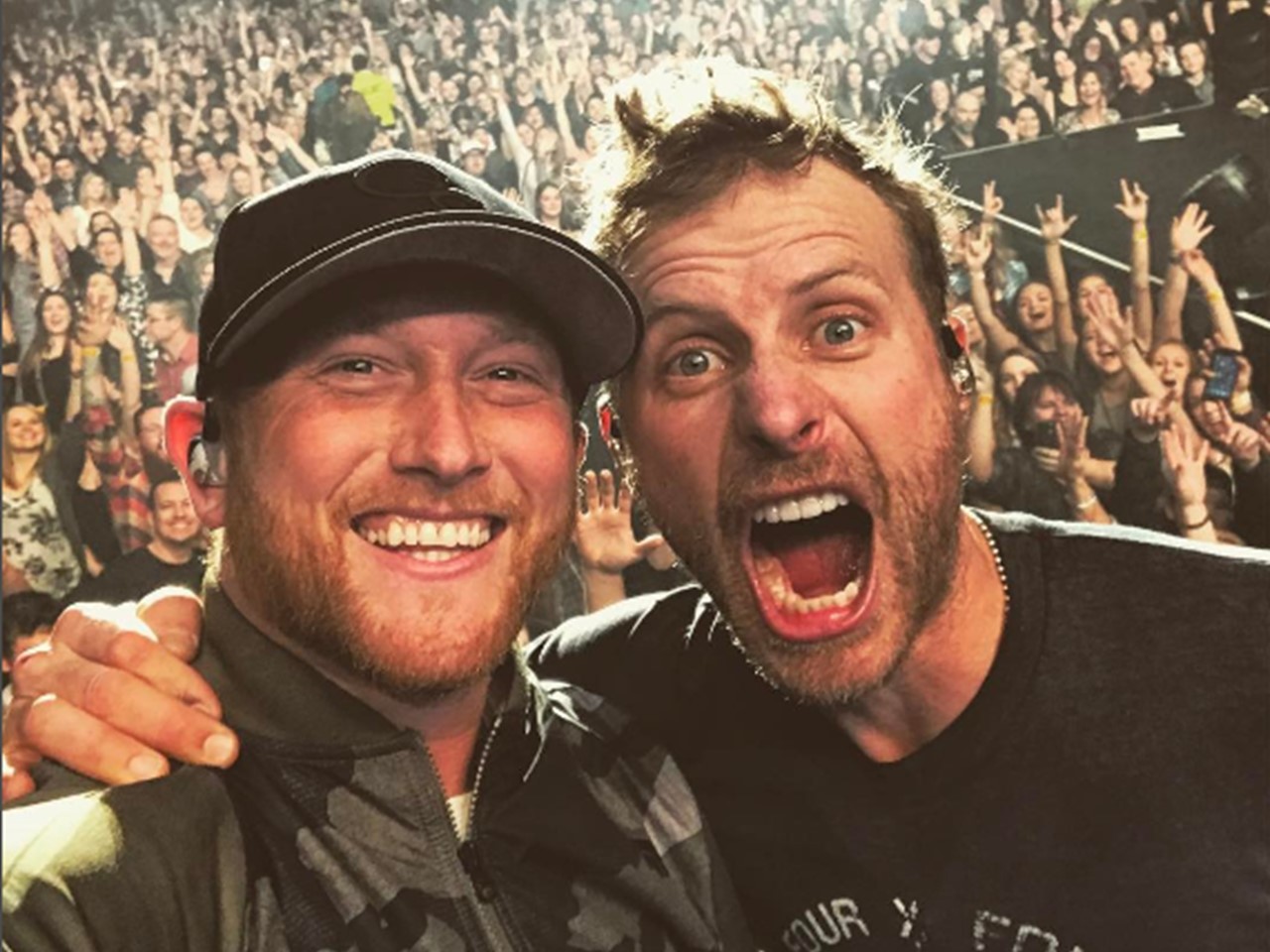 Cole Swindell and Dierks Bentley teamed up for the official "Flatliner" video while out on the road! Enjoy the finished product here.

The video captures Swindell and Bentley in front of a capacity crowd on Bentley’s 2017 What The Hell World Tour in Sioux Falls, South Dakota. Enjoy the footage below!

“After kicking off the album with ‘You Should Be Here’ and how special that song was to me for so many reasons, I knew it would be hard top that feeling. Now, I find myself in a place every night having the opportunity to get up on stage with Dierks Bentley- one of my favorite artists and an artist I have looked up to as a mentor since before I moved to Nashville. Not only do I have this opportunity opening for his ‘What The Hell World Tour’ but he brings me out during his set to perform “Flatliner”- one of my songs. It’s unbelievable. Dierks is so gracious,” Swindell shared with the Tennessean about the collaboration.

The young artist continued, “I have said since the day this song was released that I wrote ‘Flatliner’ about four years ago with him in mind to record it. Never in my wildest dreams did I think he would record it with me for my own album one day. And here we are. This is such a fun, highly energized and, honestly, surreal moment each and every night of the tour for me that there was no question in my mind of how I wanted to capture this video.”

“Flatliner,” written by Swindell, Matt Brownleewe and Jaron Boyer, is the third single from Swindell’s sophomore album You Should Be Here. Fans can still catch Swindell touring with Dierks Bentley’s 2017 What the Hell World Tour.

Be sure to share this new video with other Cole Swindell fans!