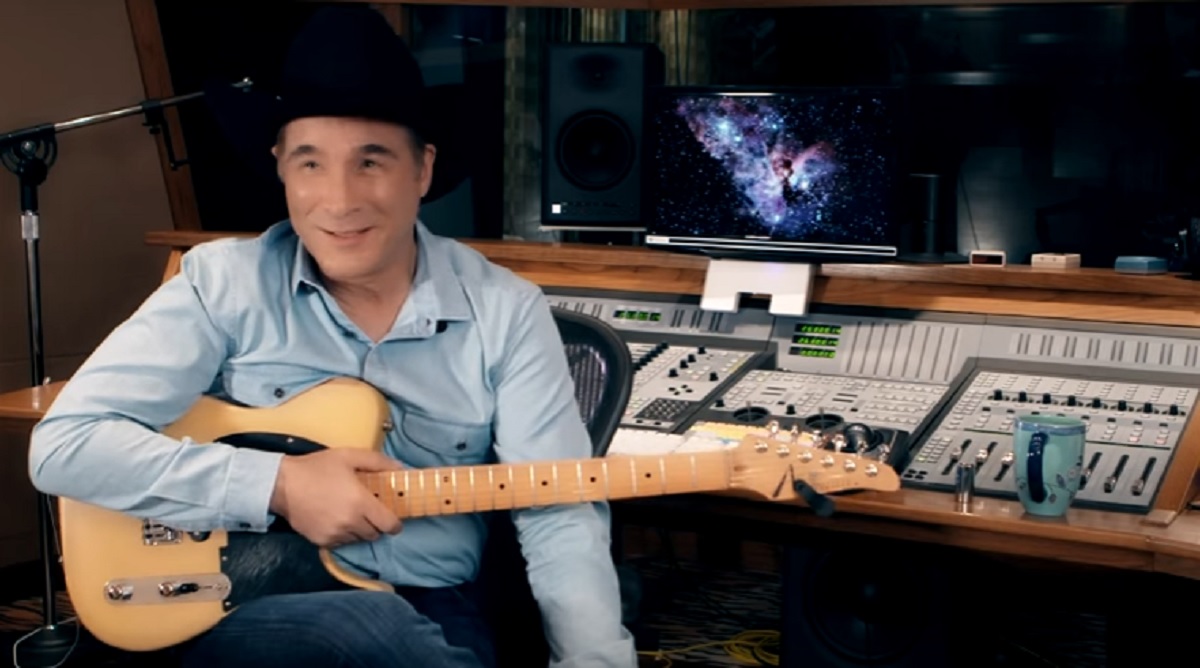 Watch Clint Black perform Still Calling it News in his latest music video where he takes a shot at modern media and how poorly they covered the recent Presidential Election race.

Clint Black takes a shot at the modern media situation with his latest music video for “Still Calling it News”.  In a press release, Clint insists that this video “shouldn’t be taken as a political statement, but rather as a way to illustrate how our focus has been steered away from the important issues facing our country today.”  The video features clips taken from numerous news broadcasts including CNN’s Anderson Cooper’s 360, FOX’s The O’Reilly Factor, ABC News, CBS News, CNN’s The Situation Room with Wolf Blitzer, among numerous others.   Most news featured in the video shows just how far-flung the media coverage veered from the real policy issues of the election.  Watch the music video, the story behind the song interview and check out the lyrics to this tune below.

Watch the story behind the song in this interview with Clint Black:

The focus of this song reminds of the classic Don Henley tune “Give us Dirty Laundry” that also makes a satire of media coverage and sensationalism of the news.

“Still Calling It News” was written by Clint Black and Hayden Nicholas back in 2012 sometime around the start of the election cycle.

[Verse 1:]
Heading into the election and the word is in
From every direction and it starts to spin
The focus on the pointless is blurring my view
Now everything they were thinking, and not a thing they knew
And they got all issues, it’s just a little ruse
It’s getting pretty old
But they’re still calling it news

[Chorus:]
Looking at the headlines, black and white
The devil’s in the details day and night
The grey little areas are giving me the blues
It’s getting pretty old
But they’re still calling it news

[Verse 2:]
Can you find a politician where it’s guaranteed?
No hyperbole-ation
Just the words I need
Can I get a little filter for the bloggers too
So anything off kilter just won’t get through
Now on the World Wide Web do we know what’s true?
It’s getting pretty old
But they’re still calling it news

[Outro:]
They’re offering something that I can’t use
It’s getting pretty old
But they’re still calling it news

The new “On Purpose” album is dedicated to his father, who died in late 2012.  Clint stated, “My dad was a huge country fan and is the first reason I listen to country music. He is probably the reason I’m a songwriter today. He was my introduction to “who’s behind the music”. I grew up wanting to be the writer behind the song. That really all started with him.  To him, country music was a sacred thing. From time to time, I imagine him out there just beyond the spotlight, listening. So I dedicate this album to him, wishing we could share one more release together but alas, the clock ran out. I’ll just live with the faith that somehow, he’s able to hear it.”

“Still Calling It News” appears on Black’s 2015 album On Purpose, which hit No. 13 on the Billboard Country Albums chart.