Chris Young Releases Video for “Think Of You” [WATCH] 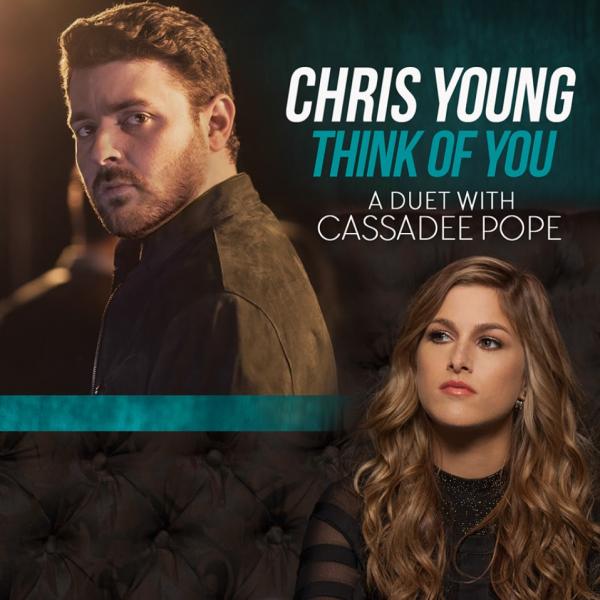 Chris Young has released a music video for "Think Of You", his duet with Cassadee Pope

Following the popular lyric video for “Think Of You”, Chris Young has released the official music video for the song which features fellow singer Cassadee Pope.

The video features the pair struggling with memories of a past love while trying to get on with their lives. The duo do a fantastic job of conveying the emotion of the song.

Young recalls the decision to have Pope on the track:

“I was playing an acoustic show with Cassadee, and she started her first song, and the minute she opened her mouth, it clicked. We were right in the beginning stages of ‘who do we get to do this?’ and I said, ‘I’m asking her right when I get off this stage.’ She’s awesome, and I’m so glad she said ‘yes’ because she was my first choice, and I think people are going to be really into this song.”

Cassadee Pope was a winner on the popular television show The Voice. Fans get to see the pair on tour currently, which is something Young was adamant about.

“I had gone out of my way to grab her on the tour, we knew that was going to be the next single,” Young explained at the No. 1 party for “I’m Comin’ Over.”

“It’s one of those things where I was so lucky to get someone with a voice like that on the track. It such a vocally powerful song. It’s range-y. I don’t know if you guys have ever heard her sing live and in person, it sounds like her record. It’s incredible. She’s doing a high c sharp on the record. It’s nuts. I’m pumped. That’s something we’ll be able to give people when the single’s fresh, when it’s new, when they don’t know it yet, as well as — hopefully — six months from now where it won’t be a big deal.”

Fans can see Pope and Young on the road until their last concert on Feb 26th in Baltimore.

Watch the music video for Chris Young‘s “Think Of You” below!