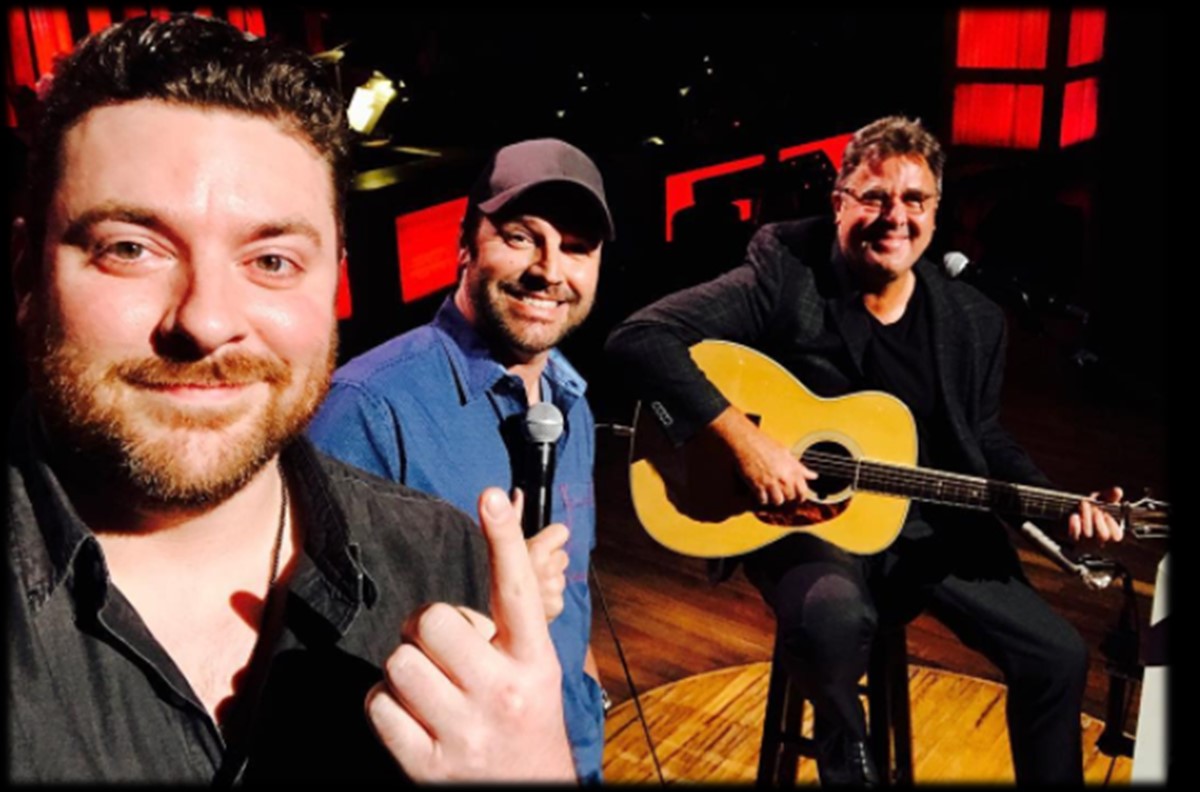 Country star Chris Young got the thrill of a lifetime last night as he took the Grand Ole Opry stage. Watch his reaction here!

While breaking the big news, Gill joked that he’d never been paid for his work on the “Sober Saturday Night” session. “I’ll make you a deal,” Gill said. “I’ll forgive the session fees if you’ll be the newest member of the Grand Ole Opry.”

Accepting the invitation to a standing ovation for the crowd, Young answered Gill, saying, “You’re getting triple scale at this point!” Noting his surprise, he added, “Dang, you got me good! I love you guys. I love everybody here. I love this place.”

“As a friend and someone that’s been out here for 30 years, you will not believe the friendships, the relationships, and the heart that you will gain from being out here for the rest of your life,” Gill added. “It’s going to be really powerful to you, so congratulations.”

“Since making his Opry debut more than a decade ago, Chris Young has won legions of fans around the world and has earned the honest respect of his industry peers,” said Opry General Manager Sally Williams. “Both are evident every time Chris plays the Opry, as our audiences light up and his fellow artists watch from the wings. Chris has an incredible passion and love for the Opry; he lauds its past and is excited about its future. He continues to make significant contributions to country music and to his community, and we could not be more excited to officially welcome Chris to his musical home with his Opry induction in October.”

Young made his official Opry debut on June 15, 2006 and another dream just came true for the 32-year-old entertainer! His formal induction will take place on Tuesday, October 17th, just days before the release of his 7th studio album, Losing Sleep.

Share this update with other fans of the humble star!