Chris Stapleton Talks the Ups and Downs of Fame 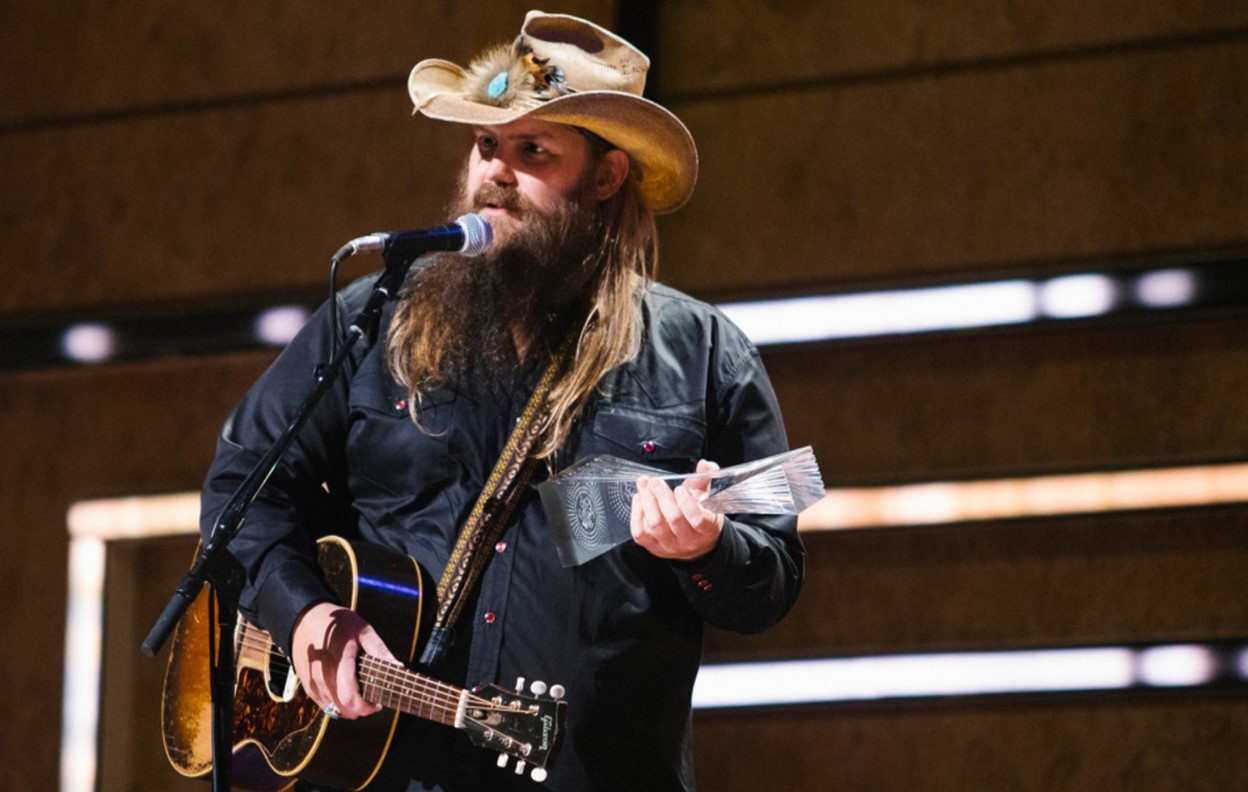 Country music star Chris Stapleton recently opened up to discuss the positives and negatives of fame. Check out what the artist had to say...

Country music hit-maker Chris Stapleton’s popularity skyrocketed when he debuted his debut solo studio album, Traveller, in May of 2015. Since, Stapleton dropped his sophomore album, From A Room: Volume 1, which has sold more than 500,000 copies and peaked at No. 1 on Billboard’s Top Country Albums chart. However, all of this fame has not come easily. The last couple of years have been a lot of fun for the Kentucky native, but now he is constantly followed by cameras and can not escape the public’s eye. Although you might think this lifestyle sounds frustrating and annoying, Chris has different opinions.

In a recent interview with Nash Country Daily, the “Tennessee Whiskey” singer said, “The good far outweighs any negative. There’s a slight loss of privacy that comes with it, but you also get to do great things. You get the opportunity to do charitable things and help people–like really help people– not just with a song. Those things far outweigh any kind of negative that may come from [fame]. It’s a trade-off. But I think most people would trade it if they knew you got to do some really great things with it.”

Sometimes when people become celebrities they lose sight of the real world, but It is great to see that Stapleton’s heart is still in the right place.

Stapleton truly loves his life. “It’s kind of a whirlwind,” he explained to Wide Open Country. “It’s an unimaginable fairytale. We’re so proud just to make music and go out and play for people. That’s the dream. When people are nice enough to give you things like these,” Stapleton said, holding several CMA Awards, “That makes the dream an even larger dream. That’s the only way I can describe it.”

Luckily for the 39-year-old, he still has plenty of exciting adventures ahead of him. In fact, his brand new album, From A Room: Volume 2, drops tomorrow, December 1st! On top of music, Chris Stapleton’s family is due to grow in the coming months. His wife and musical collaborator, Morgane, is pregnant with twins! The happy couple are already the proud parents of two children!