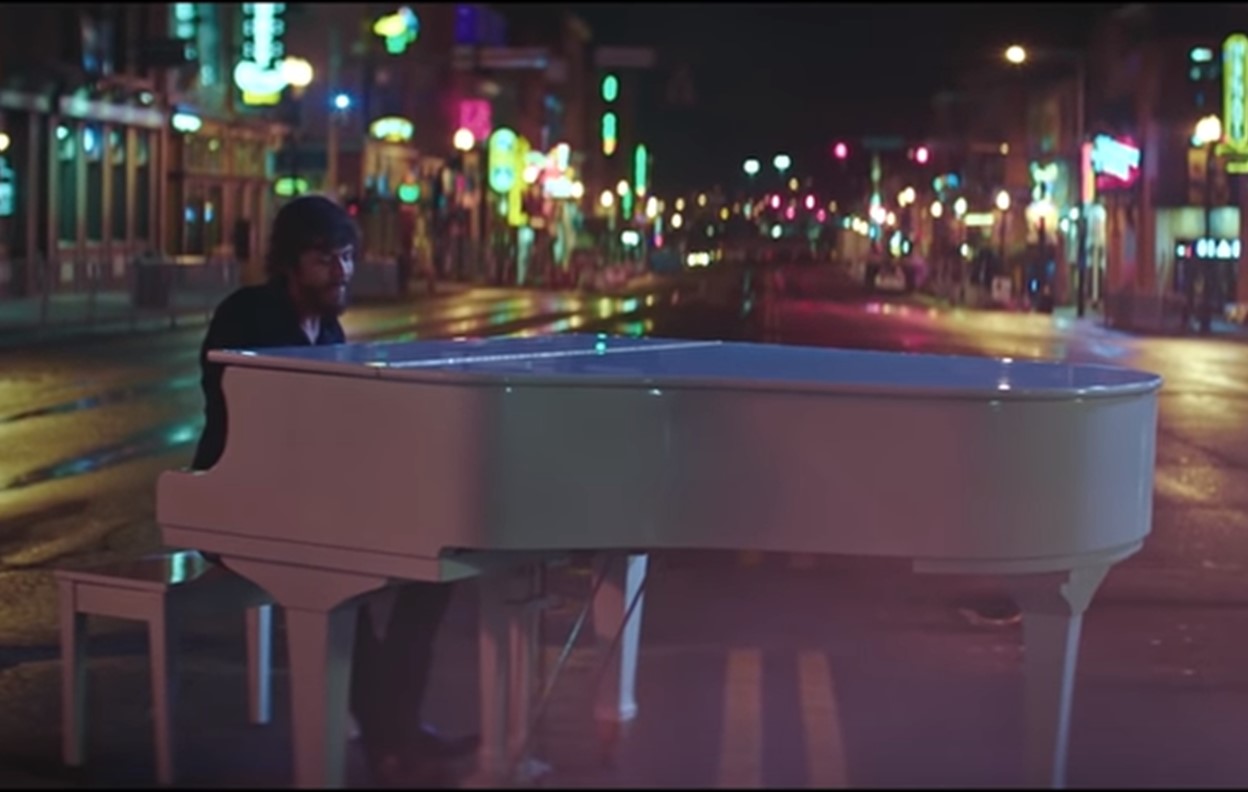 Chris Janson's latest music video, "Drunk Girl," holds a special meaning to the singer. More here on why it's so close to his heart!

Country music singer-songwriter Chris Janson experienced a beautiful full-circle moment in his career that will leave fans with chills!

Before Chris caught his big break and had his songs blasting on radio stations, the singer was busy working four-hour shifts playing on Nashville’s Lower Broadway Street. Flash forward thirteen years and Chris returned to his old stomping grounds to play once again— except now he commands the entire block!

This sentimental full-circle moment would be the perfect background for his hard-hitting video, “Drunk Girl.”

“I shut down those bars, playing them my first year in town, and then to shut down the whole street … it was just very humbling,” Chris speaks of his four-hour music video shoot.

Chris’ team obtained permission from both the city and all of the Lower Broadway’s business to clear the block so that the singer could bring his vision to life by playing a baby grand piano in the middle of the street. Chris guessed that he sang his track somewhere around 25 times, from 2 a.m. to dawn, as every angle was captured to create the perfect music video.

“Drunk Girl” has a deeper meaning than the typical song— the music video reveals the backstory of a woman leaving a bar with her date. The flashbacks display her as a young girl in an abusive home and then, as a young adult, being the victim of a situation that involves alcohol. It’s not until the very conclusion of the music video do fans find out what her date does with her in her vulnerable state.

When it was all said and done, Chris revealed that he cried at the completed work. “I don’t cry very easily,” he says. “But man, this one broke me down quick.”

The opening of the video includes a warning that the “content addresses sensitive topics that might be upsetting to some audiences,” however, Chris hopes all will watch and gain some greater knowledge and insight on the important subjects.

“Sometimes these things get swept under the rug,” Chris begins. “Sometimes they get pushed so far back in the closet, nobody wants to look at it … Well guess what? It happens every day and it’s something to be thought about.”

Since Chris dropped “Drunk Girl” back in December, he has had an abundance of positive feedback of people saying how his song has sparked thought and conversation. When it comes to meet-and-greets, he says, many parents reveal that they’ve played the track for their high school and college children. Recently, a parent told him, “I played it for his whole fraternity.”

“We don’t ever want to offend anybody,” Chris begins, “but man, it’s almost a disservice if you don’t just bring light to some subjects that are so important and that don’t get talked about nearly as much as they should.”

Great work Chris— way to make a positive impact through your music! For more Chris Janson updates keep up with Country Fancast!