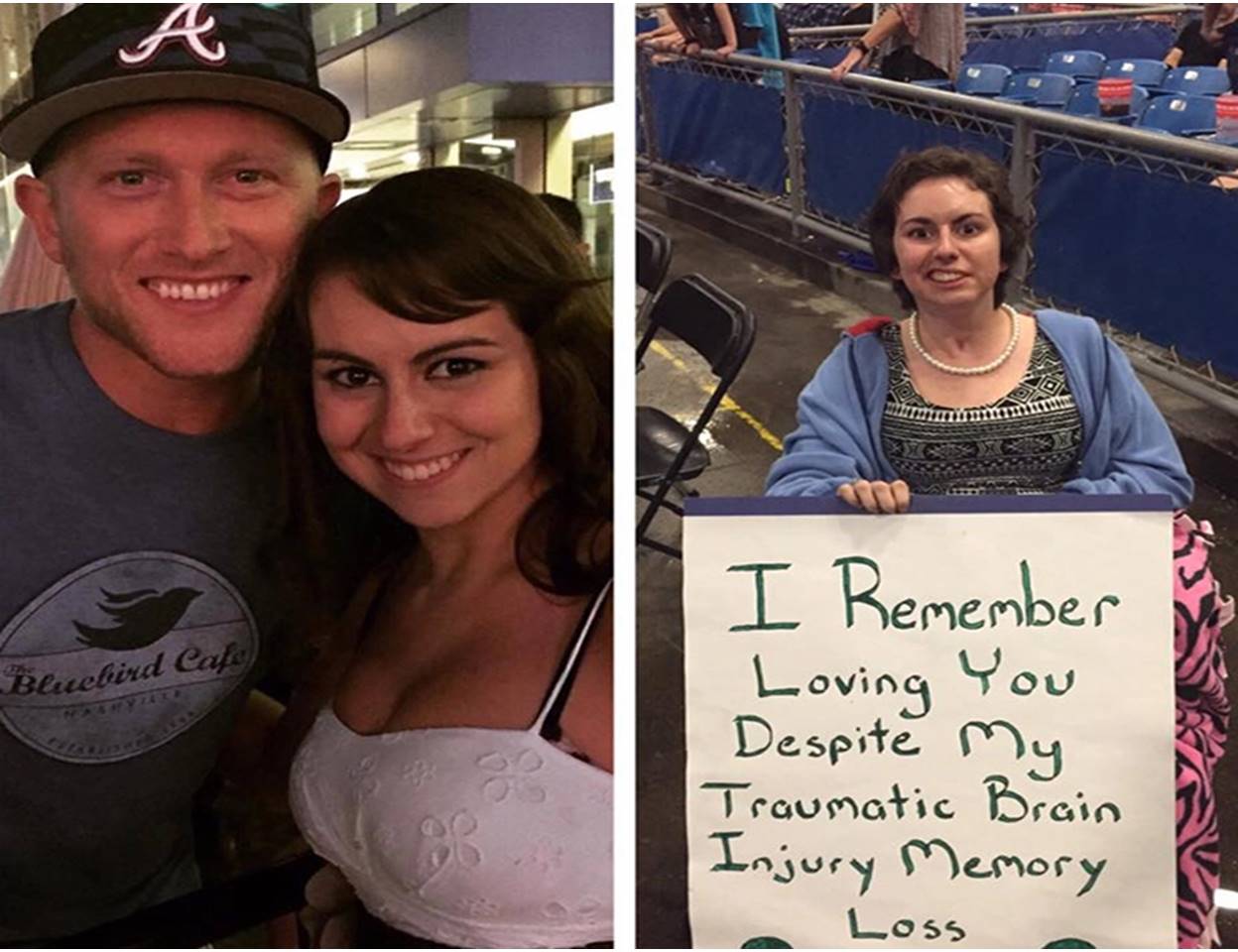 Cole Swindell has a very, very special fan. Chelsea Hogue, 23, of Louisville, Kentucky was tragically struck by a hit-and-run drunk driver back in February and suffered a traumatic brain injury that wiped out many of her memories— including meeting her favorite country singer Cole Swindell.

Chelsea’s boyfriend, Joey Osborne, posted a plea on Facebook in hopes of having her meet the “Middle of a Memory” singer once again in order to build a new memory. Read his moving message below.

“I have a big favor to ask for everyone, The picture on the right was Chelsea Hogue last night at the Florida Georgia Line Concert to see Cole Swindell!!! We travelled from Louisville, KY to St. Louis Missouri to let her relive one of her dreams. We’re asking to please share this picture to try to get his attention so he can come see her. For those of you who don’t know, she was in a terrible car accident this past February, she was hit by a drunk driver who is on the run and didn’t have any insurance so her and her family are stuck with all of the medical bills. She now suffers from a TBI (Traumatic Brain Injury) and she has had to basically relearn everything. She works so hard and gives 110% in therapy everyday! She met Cole Swindell last year (picture on the left) but unfortunately she doesn’t remember it. Our favor is to ask everyone to please share this picture to everyone and make it go viral. Also, we would like for everyone to tag him in the shared post as well! We have contacted his team, his company, wrote him on Facebook and Twitter. We really want her to relive one of her dreams and that’s meeting Cole Swindell! Thank you to everyone and RISE UP CHELSEA!!!”

Thanks to the magic of social media sharing, Swindell saw Joey’s heartfelt post and responded via Twitter.

We will make this happen! Let's find a show soon https://t.co/hhPbjimNmp

After the singer’s reply, Joey went to his Facebook page to share the exciting update, “You should of seen the look on Chelsea Hogue’s face whenever I told her! I have it on video!!! I’ll post it once everything is confirmed. Once I hear back from Cole, I will definitely let everyone know the news!!! Y’all can share the crap out of this to let everyone know!!! Thanks to everyone for all of the support!!! RISE UP CHELSEA!!!”

We love when good things happen to deserving people. Share this heartwarming story with other Cole Swindell fans!