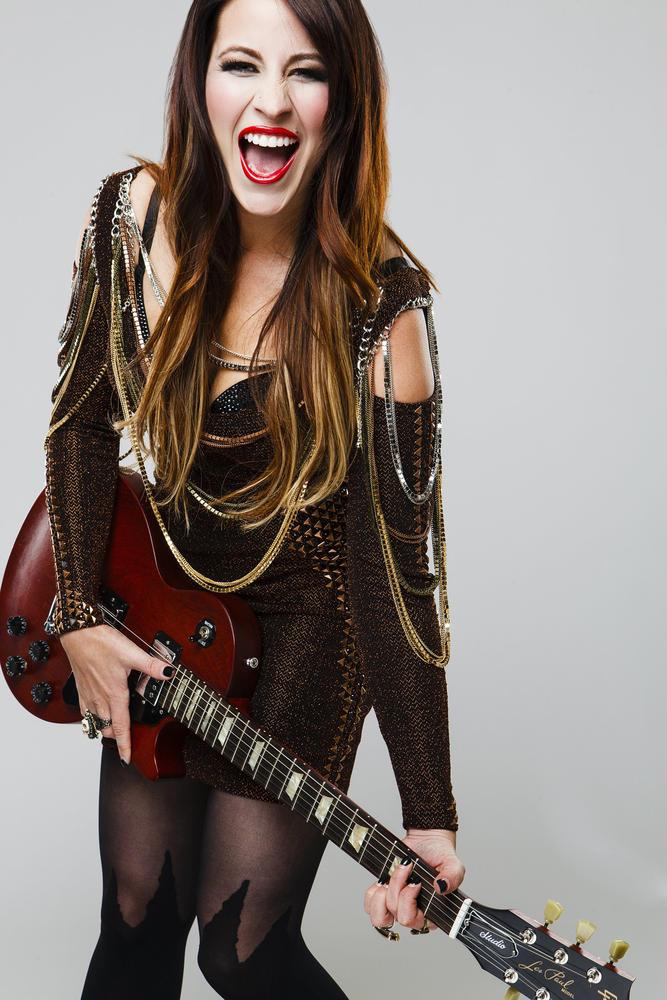 This proud Phoenix native brings a new flavor to country music with a dash of rock-and-roll and pinch of south-western style. She grew up on a Valley of the Sun ranch, riding horses and dirt bikes. Bain says, "All my friends I've had out here are all country music fans, more so than a lot of states I've been to. People forget that the Southwest, this is where cowboys come from. This is John Wayne country."

Chelsea Bain is new to the Nashville scene, giving her country music flavor its own infusion of rock-and-roll. She has opened for Tim McGraw and performed for Nascar events. Check out her two official music videos below.

Chelsea Bain
If you love cars, Nascar, and country music then this song is for you. Just listen to the open lines, “Back door slams I hear momma praying as I run to the Cheverlot, He had the engine prying and dust all flying as we tore out the drive way”.
2

The Power of a Woman

Chelsea Bain
“The Power of a Woman” shows Chelsea’s softer side. Most of her songs are much more forceful. “The Power of a Woman” was actually written by Lee Brice, John Ozier, Kyle Jacobs, the song was included on Brice’s 2010 album Love Like Crazy.
Next: Meet Luke Bryan's Wife
View Comments (0)
Country Fancast ×