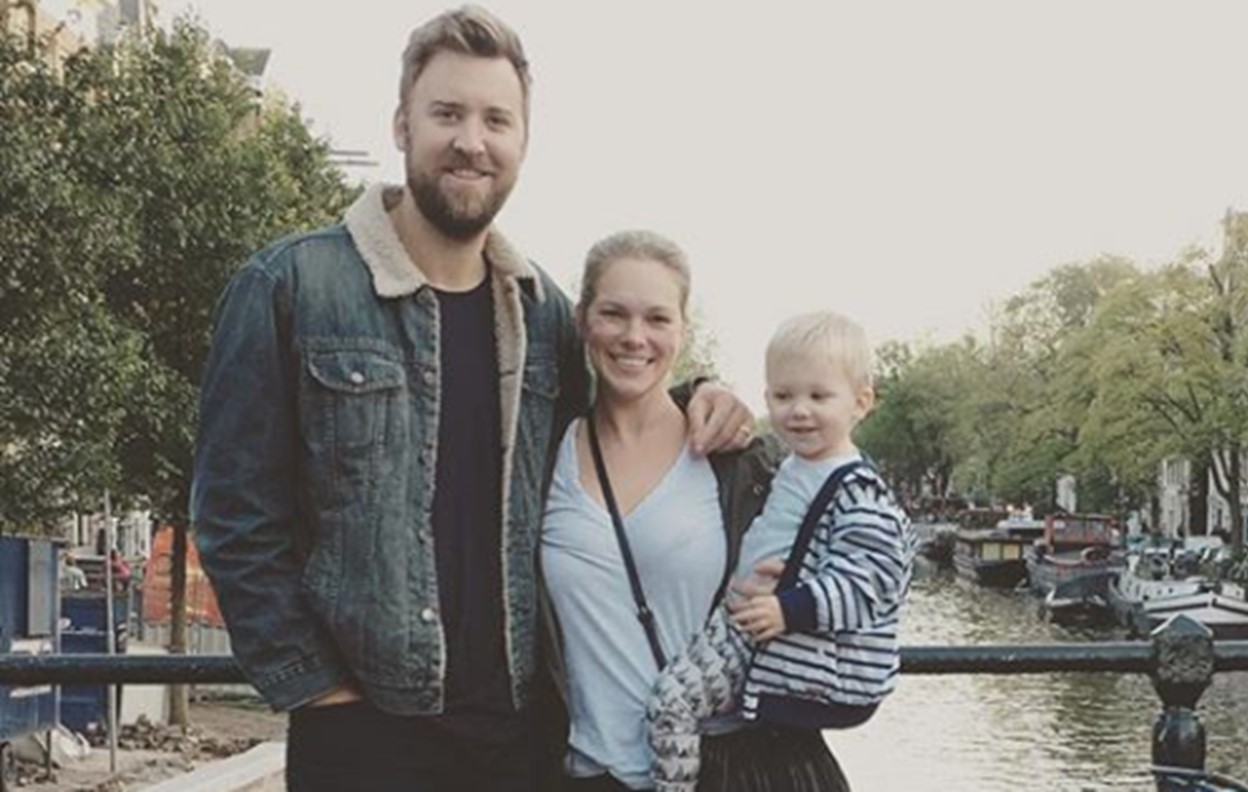 Lady Antebellum's Charles Kelley has fully embraced touring the world with his son, Ward, and wife, Cassie. More on the trio here!

Lady Antebellum‘s Charles Kelley admits that his son Ward has seen more in his 2 and half years of life than he did his first twenty. Charles grew up in Augusta, Georgia where he spent his summers working on his dad’s farms located in the North Georgia Mountains. There he would spend his days raising cattle and riding around on the tractor each and every day. With his country lifestyle, Charles never imagined he’d travel outside of the United States let alone Georgia. At Thanksgiving one year when he was younger, Kelley sat down for a meal made for 75 family members where he listened to one of his cousins talk about an expedition he had taken to China.

And even though there is no place like home, once Charles joined Lady Antebellum and began touring with his family, he began to change his mind where he even admitted that he’d love to retire somewhere like Positano, Italy.

Kelley tells PEOPLE, “I had never really seen the world until Lady Antebellum. You can have pride in your country, but when you get to go and travel and see all these different places, it’s so eye-opening. There’s so many different ways of living.”

He then talks about traveling with his family and the wonderful experience it truly is. When Charles is circling the globe for his tours he loves to bring his wife Cassie and son Ward. Charles estimates that his young toddler has been on over 100 flights and has visited several countries around the world.

Exploring the world from up high

Even though Ward may be too young to process all of this, Charles says that he is still a “sponge” and is very aware of his surroundings. In a recent trip to Amsterdam, Kelley said that his son was “enamored” by the sea of bike riders zooming by.

“I still love the South, I love Georgia, but there’s just so much beauty in the world,” Kelley reflected.

And even though Charles would love to provide his son with experiences that he had when he was his age, he also admits that he’s being a little selfish by bringing his boy on the road so he can watch him grow up. Charles and Cassie open up about their recent struggles with fertility before Ward was welcomed into the world, “it really did feel like kind of a miracle,” he said. “And I don’t want to miss a thing.”

Stop growing up so fast.

Kelley then says, “My wife and I have such a strong relationship that it’s just so much better when they’re out with me. Having them with me is so cozy. I also don’t want Ward to grow up [and] be like, ‘I never got to see my dad — he was always traveling.'”

9 years today married to this amazing woman @cassiemkelley ! We’ve been through highs and lows and everything in between and I wouldn’t change it for the world! And now we get to share it w this little man

Charles says his son is currently in the stage where he copies everything his dad does, and since Charles loves golfing, he purchased Ward a mini set of golf clubs so they can play together on the course.

Not to mention that Ward Charles is a complete rockstar like his dad. Looks like Charles isn’t the only one who is tour ready!

Ward Charles and Kelley even got tattoos in the same place on their arm! Of course, Ward Charles’ is only temporary… for now.

Kelly admits, “He’s got such a unique situation to be able to see the world that most kids don’t have. I want him to grow up knowing how privileged he is and to not take it for granted. We’ve brought him along and really wanted him to be a part of our lives — not just this kid that you see every once in a blue moon. I want him to be proud of what I’m doing and hope I’m a good example for him.”

Thanks to our amazing nanny Meg who bought little man a matching shirt so he can look just like daddy! #scotlandtwins

We can see that Kelley is already the father of the year as Ward Charles debuts his first hit single on his dad’s Instagram. This family serves nothing but love, laughter, and talent.

This is Ward’s new hit thanks to some clever editing by @russelled #birthdaytime And no it’s not his birthday it’s just what he decided he wanted to sing. You’re welcome world!

Join the Lady Antebellum family on the road this summer on their Summer Plays On Tour with co-headliner Darius Rucker and special musical guest Russell Dickerson.

Make sure to share this with other Lady Antebellum fans!