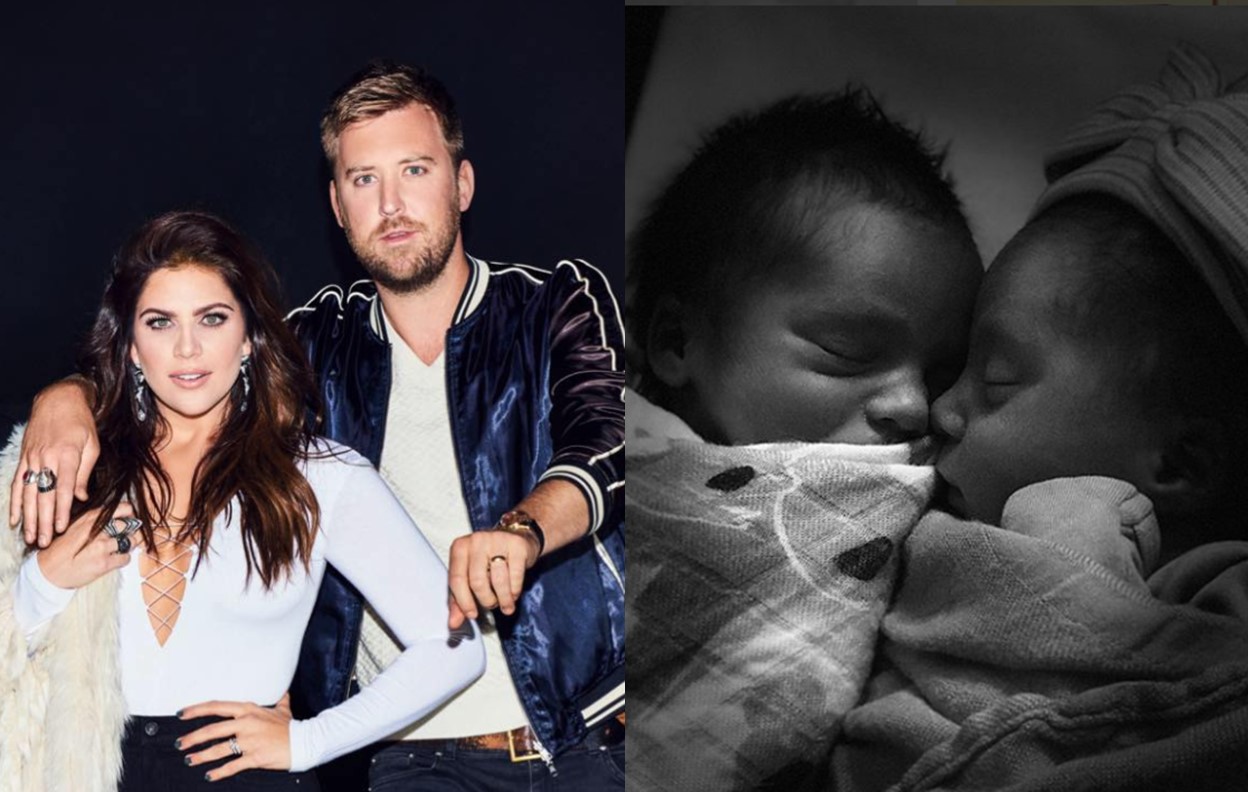 The Lady Antebellum family has expanded once again with the arrival of Hillary Scott's twins! Check out Charles Kelley meeting the latest additions...

Scott has officially dubbed her fellow band members, Charles Kelley and Dave Haywood, as honorary uncles to her little ones! Though Haywood beat Kelley in meeting the babies first, a photo of Kelley’s meeting made it on Instagram. Hillary posted the adorable picture with the caption, “Meeting their uncle @charleskelley aunt @cassiemkelley and Ward today sure was special!”

Meeting their uncle @charleskelley aunt @cassiemkelley and Ward today sure was special! Dave, Kelli and Lillie came by 10 days ago and of course this tired Mama didn’t get a decent picture(we will get a redo soon @davehaywoodla @kellicashhay with Cash!!!)…but Emory and Betsy sure love their @ladyantebellum family!! #babybellum

Could this picture get any more precious?

The beautiful twins, Emory and Betsy, were born on January 29th— making Hillary a mama of three daughters! Big sister Eisele looks to be adjusting well to her new role…

Scott’s twins aren’t the only new kiddos in the Lady A family! Haywood and his wife Kelli welcomed their daughter Lillie Renee into the world in December. Scott, Kelley, and Haywood better watch out, they are now outnumbered with six little ones between them.

After spending the next few months soaking up family time, Lady Antebellum will kick off their co-headlining Summer Plays On Tour with Darius Rucker.

Share this cute moment with other Lady A fans!