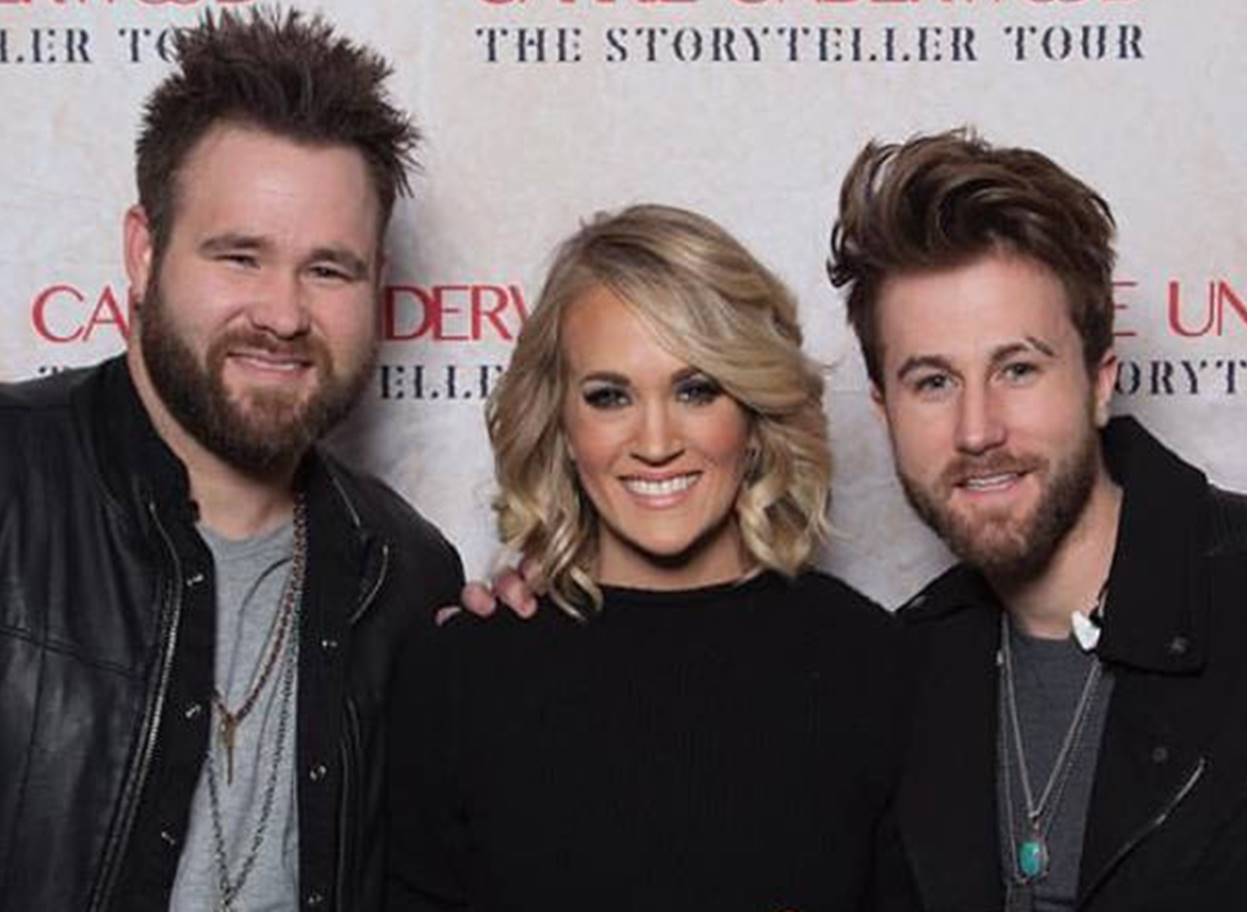 Carrie Underwood has officially finished The Storyteller Tour, the biggest tour of her career, playing for over 1 million fans in 2016!

Earlier this week, country music powerhouse Carrie Underwood closed out her The Storyteller Tour in Salt Lake City, Utah, completing 92 shows for one million fans across seven countries since its launch in January. The tour sold out arenas across the United States and Canada, including New York City, Los Angeles, Nashville, and Toronto.

In addition to the US and Canada, she traveled along with tourmates Easton Corbin and The Swon Brothers overseas to Sweden, Norway, Scotland, England, and Ireland as part of Country to Country (C2C), Europe’s biggest country music festival.

Thanks, @eastoncorbin for being on this amazing tour. And thank you for this incredible gift! One of my favorite pics of one of my favorite artists ever! It really has been a pleasure getting to work with you. You and your crew are so hard-working and sweet. Keep on being awesome, no matter where the road takes you next! #TheStorytellerTour #ItsSoHardToSayGoodbye

Watch highlights from the fall leg of the impressive tour below.

Wow, what an amazing fall it’s been! Thanks to all who came out – I will never forget you! #TheStorytellerTour http://smarturl.it/CUStorytellerWrap

Next up, the songstress will head to New Zealand and Australia in December to join Keith Urban on his ripCORD World Tour 2016. Sadly, little Isaiah will not be making the big trip with his mom this time around.

So, I may or may not have smuggled the kiddo into New Zealand with me…….ok, I didn't, but maybe I should have because I'm already missing him like crazy! But, I know he's being spoiled right now by his daddy and Nana and Papa. What on earth am I going to do without him for all this time?!?!?!

Thank you so much @theswonbrothers for being on this adventure with us! It's hard to believe we all started out as kids with big dreams singing everywhere in Oklahoma together! We sure have come a long way. I'm glad to say I knew you "back when…" Love you guys… #TheStorytellerTour

Be sure to share this update with other fans of the talented singer-songwriter!