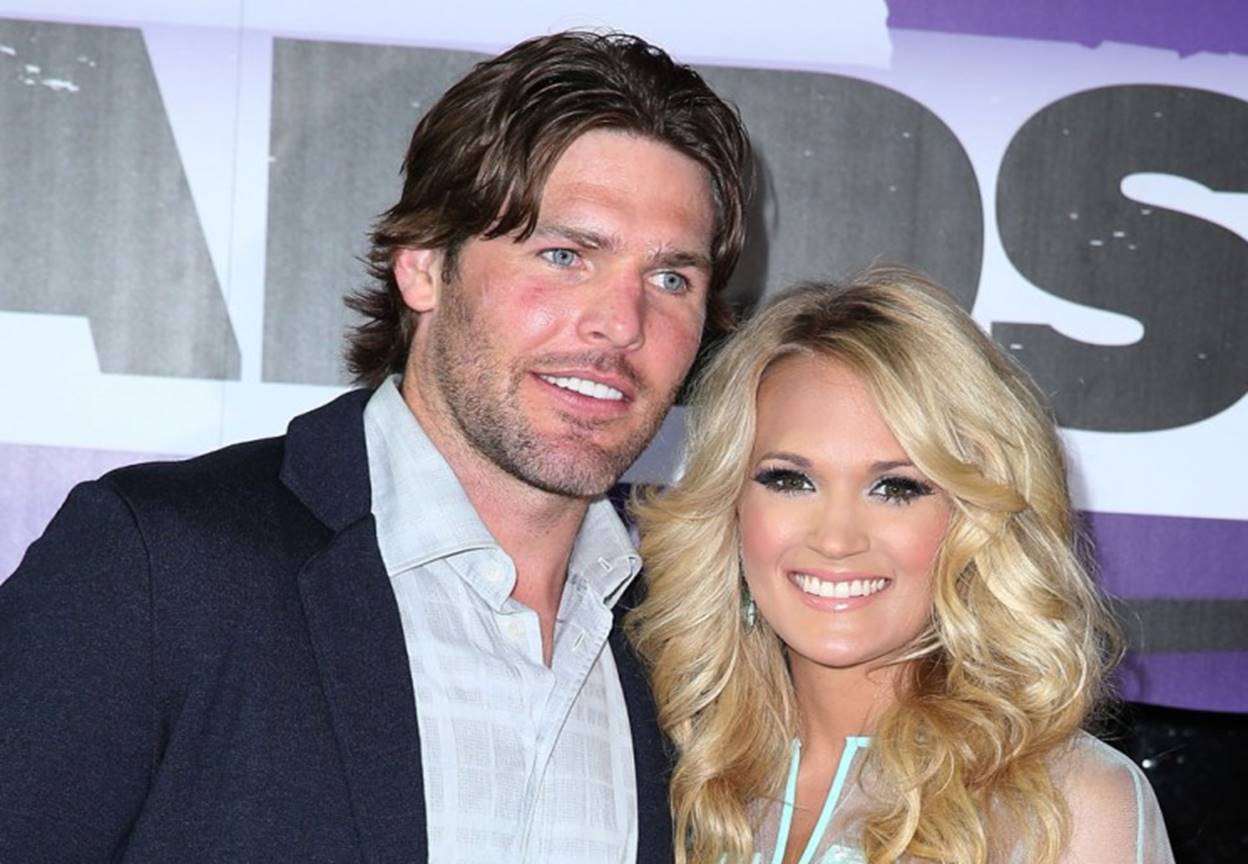 Michael Andrew Fisher, 36, hails from Peterborough, Ontario and grew up playing ice hockey. In 1998, the naturally talented athlete was drafted by the Ottawa Senators and was eventually acquired Fisher by the Nashville Predators in 2011. Fisher was honored with the 2012 NHL Foundation Player Award, which is given to the NHL player who applies the core values of hockey — commitment, perseverance, and teamwork — to enrich the lives of those in his community.

That's my man! The first time I met him, I sent a text to @bassmmmbass (who set us up) saying "Hot, hot, hot!!!" I was right then, and I'm right now when I say that he's hotter now than he's ever been! What an amazing husband, father, friend and hockey dude!!! 😝❤️❤️😍😘 I am one lucky lady!

The handsome NHL star first met Carrie Underwood backstage after one of the Oklahoma songbird’s concerts in 2008. The couple got engaged on December 20, 2009 and got hitched July 10, 2010 at The Ritz-Carlton Lodge- Reynolds Plantation in Greensboro, Georgia with over 250 guests witnessing the event.

On February 27, 2015 the happy couple welcomed Isaiah Michael Fisher into the world. This cutie is already one! Can’t believe it!

Can't a mom just go to the bathroom in peace?

We like Mike. A lot. Congrats to this sweet couple on keeping their relationship strong while balancing two major careers and a young son!