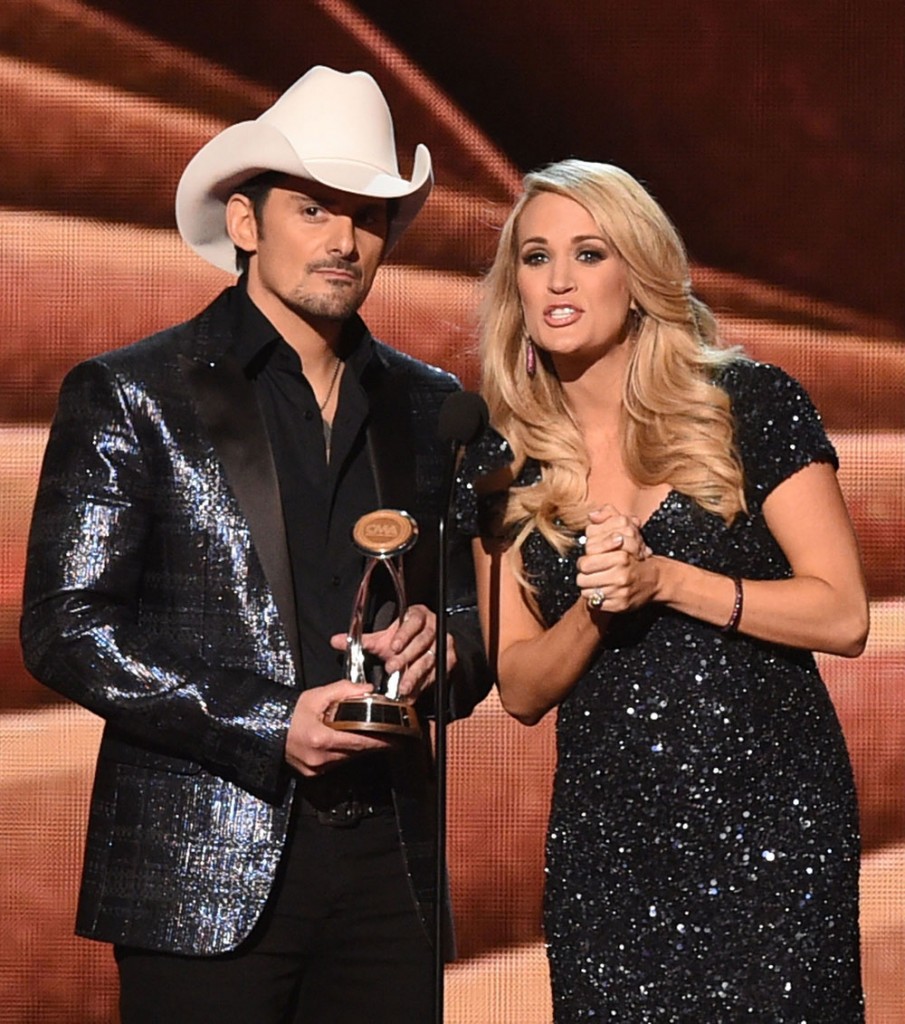 Carrie Underwood and husband Mike Fisher's countdown to baby is winding down, about two months to go!

A name for baby boy Fisher hasn’t been selected! Underwood, 31, explains, “We don’t have a baby name. We need to lock that down here pretty soon. We joke a lot about funny things that go with Fisher, but there’s not some family name that I have had to be like, ‘No! That’s terrible!'”

I guess we can strike ‘Fly’ off the baby name list completely. Her hockey playing husband, Mike, jokingly claimed he was a big fan of a ‘Fly Fisher’ moniker. We vote for ‘Hunter Fisher’ or ‘King Fisher.’ Kidding.

Underwood, with the help of co-host Brad Paisley, “accidentally” announced the gender of her baby while hosting the Country Music Awards. The country stars joked about naming baby Fisher ‘Garth’ in honor of the country music legend. Brad Paisley has two sons, William Huckleberry and Jasper Warren. Paisley said he was no good for providing baby advice, but maybe he could help in the naming department.

Despite her baby name uncertainty, the country star is definitely ready to reclaim her body after baby, “Just knowing that the whole process itself is really beautiful… Even when I feel pretty large, it really is such a miracle and such a beautiful thing… I’m looking forward to reclaiming my body. I’ve been saying it’s been on loan for the past many months… I’m excited to take it back.”

Best wishes to Carrie as she quickly approaches her due date! For more Carrie Underwood coverage, click here!