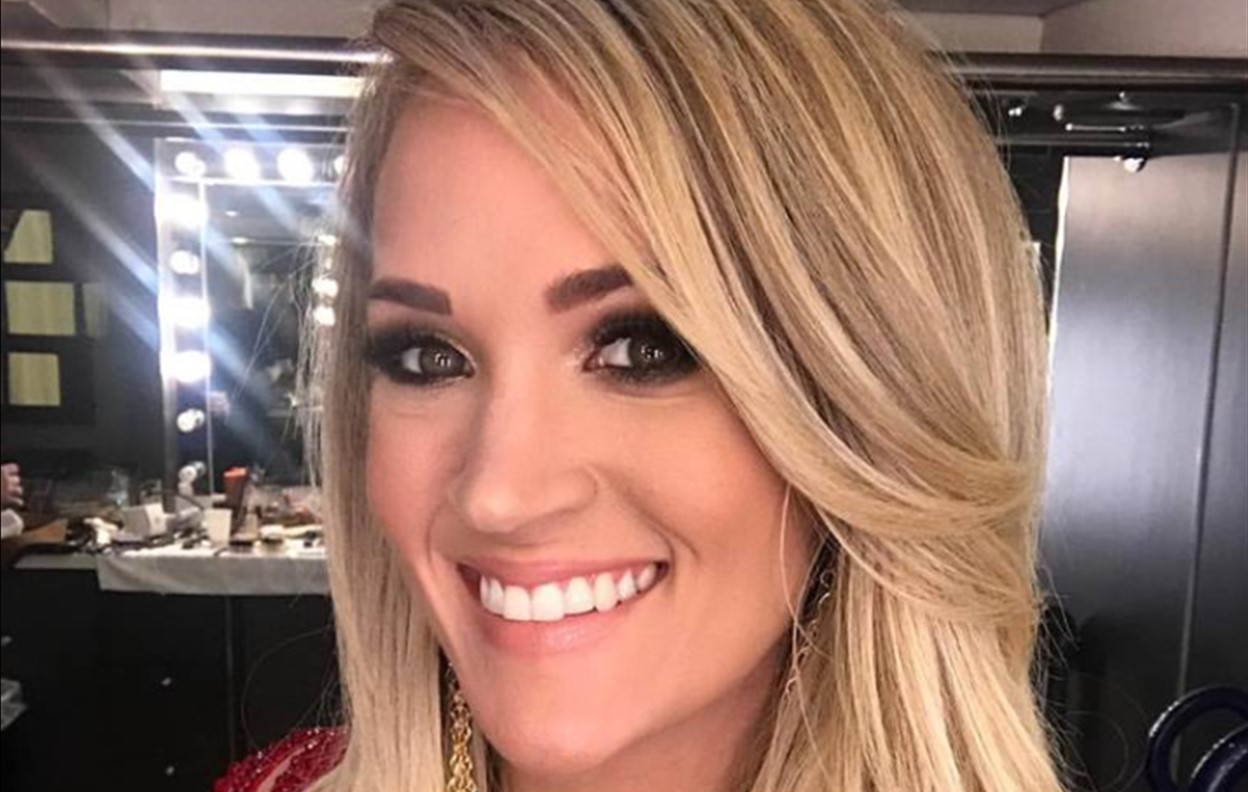 Fans of country music entertainer Carrie Underwood can now rejoice--- check out a snippet of "The Champion" audio right here!

Country music fans got a little treat during Saturday night’s NFL playoff game between the Atlanta Falcons and the Los Angeles Rams— a little taste of Carrie Underwood‘s “The Champion,” which was created especially for the upcoming Super Bowl.

Listen to a snippet of the tune below!

“My husband loved it,” Carrie shared last year about the soon-to-be-debuted Super Bowl anthem. “He would listen to it before playoff games. He was like ‘I want everyone to hear it!’ and I had to tell him, ‘You can’t do that. You can’t play it in the locker room. I’m sorry.’ But that was a good indicator that we were on the right track.”

The Oklahoman has been relatively quiet since the beginning of 2017 on the musical front. Carrie split from longtime label Sony Music Nashville and signed with Universal Music Group last year. Lately, the star has been focusing on songwriting and spending time at home in Tennessee with her 2-year-old son Isaiah and husband Mike Fisher, who recently retired from the NHL. In November, the singer-songwriter co-hosted the 2017 CMA Awards alongside Brad Paisley and injured herself in a fall on the stairs outside her Nashville home not long after. On New Year’s Day, Carrie revealed that she sustained injuries to her face along with her originally reported broken wrist.

“I’ll spare you the gruesome details, but when I came out of surgery the night of my fall, the doctor told Mike that he had put between 40-50 stitches in,” she explained in her message to fans, referring to her husband. “Now here we are 7 weeks later and, even though I’ve had the best people helping me, I’m still healing and not looking quite the same.”

Underwood didn’t expand upon the specifics of her facial changes, but she did add that she may look a bit different.

“When I am ready to get in front of a camera, I want you all to understand why I might look a bit different,” she wrote. “I’m hoping that, by then, the differences are minimal, but, again, I just don’t know how it’s all going to end up.”

Though she’s still in the healing process, Carrie realizes that she’s lucky her accident wasn’t much worse.

“I am grateful that it wasn’t much, much worse,” Underwood stated, adding that she’s currently attending physical therapy for her wrist. “I’ve still got a ways to go in the recovery process, but it’s encouraging to see every day be a little better than the last.”

We hope Carrie’s recovery process is going well and we look forward to experiencing the “The Champion” very soon! Super Bowl LII kicks off on February, 4th at U.S. Bank Stadium in Minneapolis, Minnesota.

Be sure to share this updates with other fans of this star!