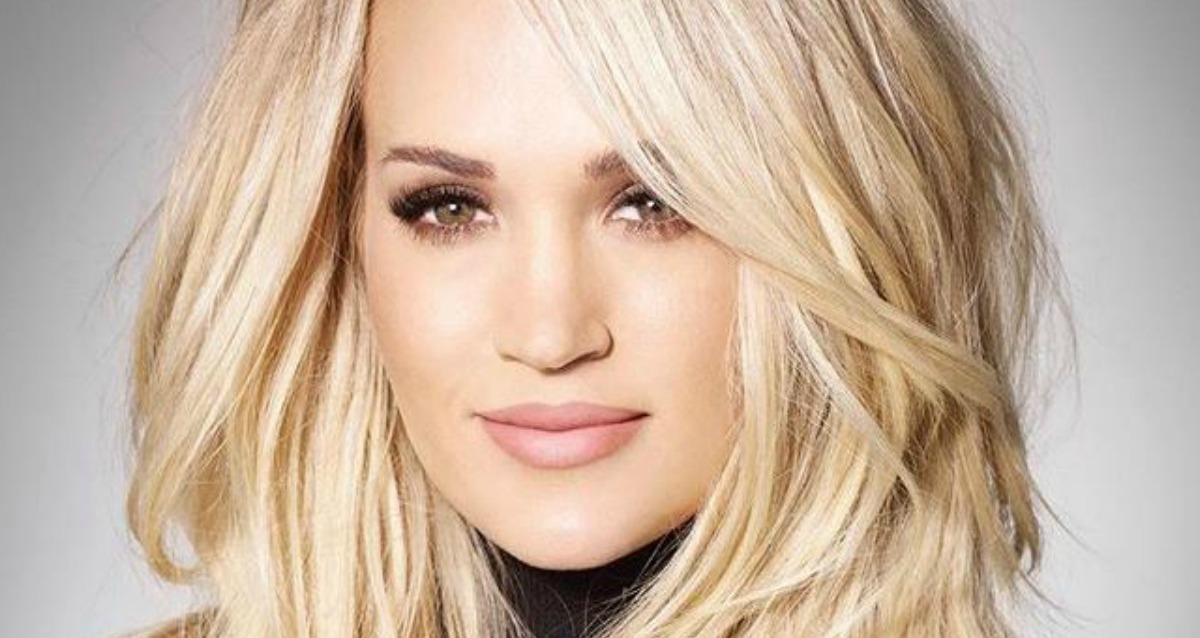 If country music singer Carrie Underwood could go back to the 90’s and give herself beauty advice she knows EXACTLY what she would say.

Carrie Underwood is known for her impeccable make up and the fact that she usually does her own for her performances. It’s safe to say that she knows a few things about beauty, however even an expert has room for improvement sometimes!

Underwood was recently on the Bobby Bones Show  where she revealed a regret that she has when it comes to her appearance.

If she could go back in time she would tell herself one thing:

“Back in the ’90s, super thin eyebrows were the thing and mine were kind of crazy,” Underwood continues, “and the more you pluck them, the less they grow back.”

She then talked about her family members and their creative way of maintaining their brows.

“Someday I am going to be like one of my crazy aunts growing up and just shave them off and draw ’em on purple. I feel like that is going to be my game when I am old. I won’t care anymore,” Underwood said.

That would be quite a sight to see! Carrie Underwood with drawn-on purple eyebrows!

Get your own digital #CryPretty glitter tears using the Facebook camera filter on your mobile app. Click here: http://smarturl.it/FBdigitaltears

The country music singer has admitted to trying microblading. Microblading is a tattooing technique where a small blade is used to add pigment, as opposed to a needle. It seems to have worked well for Underwood as her brows always seem on point.

I recreated my Cry Pretty cover makeup for @pandora, where you can hear the whole album on-demand now! http://strm.to/CryPrettyPandora

Underwood has always loved makeup and is an advocate for it.

“Makeup is meant to be fun and make you feel good about yourself, so play a little bit! Find something that you see in a magazine or maybe one of your friends does and try it” she says.

“Makeup is a confidence builder for me. When I want to look hot, I like smoky eyes and eyeliner,” Underwood continued. “I just feel like it’s nice to have things that enhance the things you like and cover up the things you don’t. I like walking by a mirror and I’m like, ‘Ok! I feel like I’m put together. Alright!’”

As far as going natural every once and awhile? Don’t expect a bare-faced Carrie Underwood anytime soon.

“I don’t think I ever have makeup-free days, to be honest. I wear makeup for me. I don’t want to walk by a mirror and feel like I haven’t given some sort of effort. I just feel better when I have a little on.”

My baby loves me just the way that I am…

Want to get Carrie’s smokey eye look for yourself? Watch the video below!