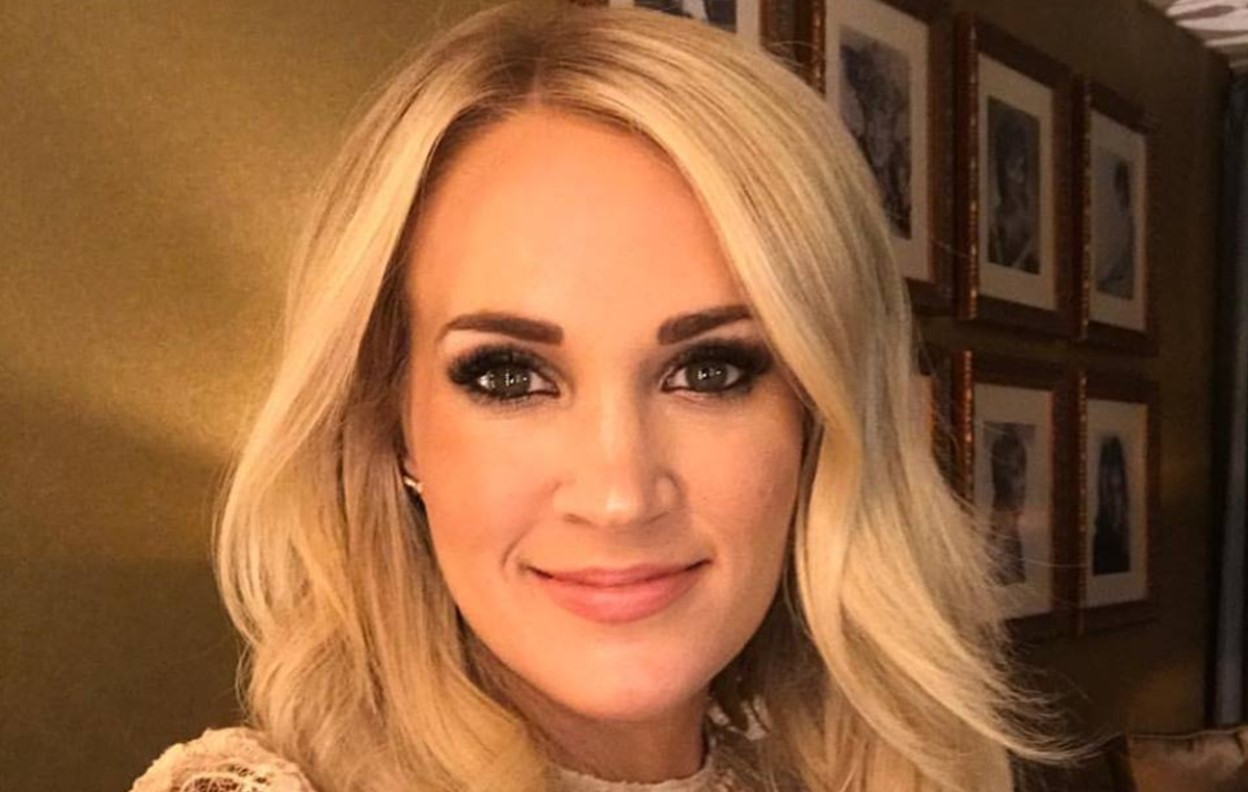 After being injured in a fall late last week, country music star Carrie Underwood ended up having surgery on her broken wrist. More details here!

Country music singer-songwriter Carrie Underwood is healing after undergoing surgery on her broken wrist. On Friday, the 34-year-old star sustained the injury after taking a hard fall on the stairs outside of her Tennessee home.

“I just wanted let everyone know that I’m doing great,” Underwood shared via Twitter on Tuesday. “Had surgery on my wrist yesterday & all went well…even though I’ll be setting off airport metal detectors from now on…I’m so thankful for the doctors, nurses, family & friends who’ve been taking such great care of me.”

After Carrie’s tumble, her husband Mike Fisher rushed back to Nashville overnight to be by her side. With Mike and little Isaiah on the scene, we’re sure Carrie is being taken care of very well.

We wish her the best as she heals! Also of note this week, Carrie will release her live concert filmed at her sold-out Madison Square Garden in 2016 digitally on Friday, November 17th. That’s right, her fans will be able to relive her Storyteller Tour – Stories in the Round stint again, again, and again.

The Oklahoman took her critically-acclaimed world tour across nine countries, playing more than 100 shows for over one million fans. Carrie Underwood: The Storyteller Tour – Stories In The Round, Live from Madison Square Garden will be available digitally via iTunes, Amazon, Google Play, and Qello.

View the trailer below!

The Carrie Underwood: The Storyteller Tour – Stories In The Round, Live from Madison Square Garden set list is as follows:

“We had the best time on ‘The Storyteller Tour’ performing for the fans last year,” shared the superstar in a press release. “The amazing production and 360-degree stage let me get closer to them than ever before. I saw so many of their social media posts asking for a release of the show and we knew we had to do it.  I’m so happy to get this out and relive the most fun I’ve ever had on tour!”

Be sure to share this update with other Carrie Underwood fans!