Carrie Underwood Celebrates Another No. 1 Smash Hit with “Heartbeat” 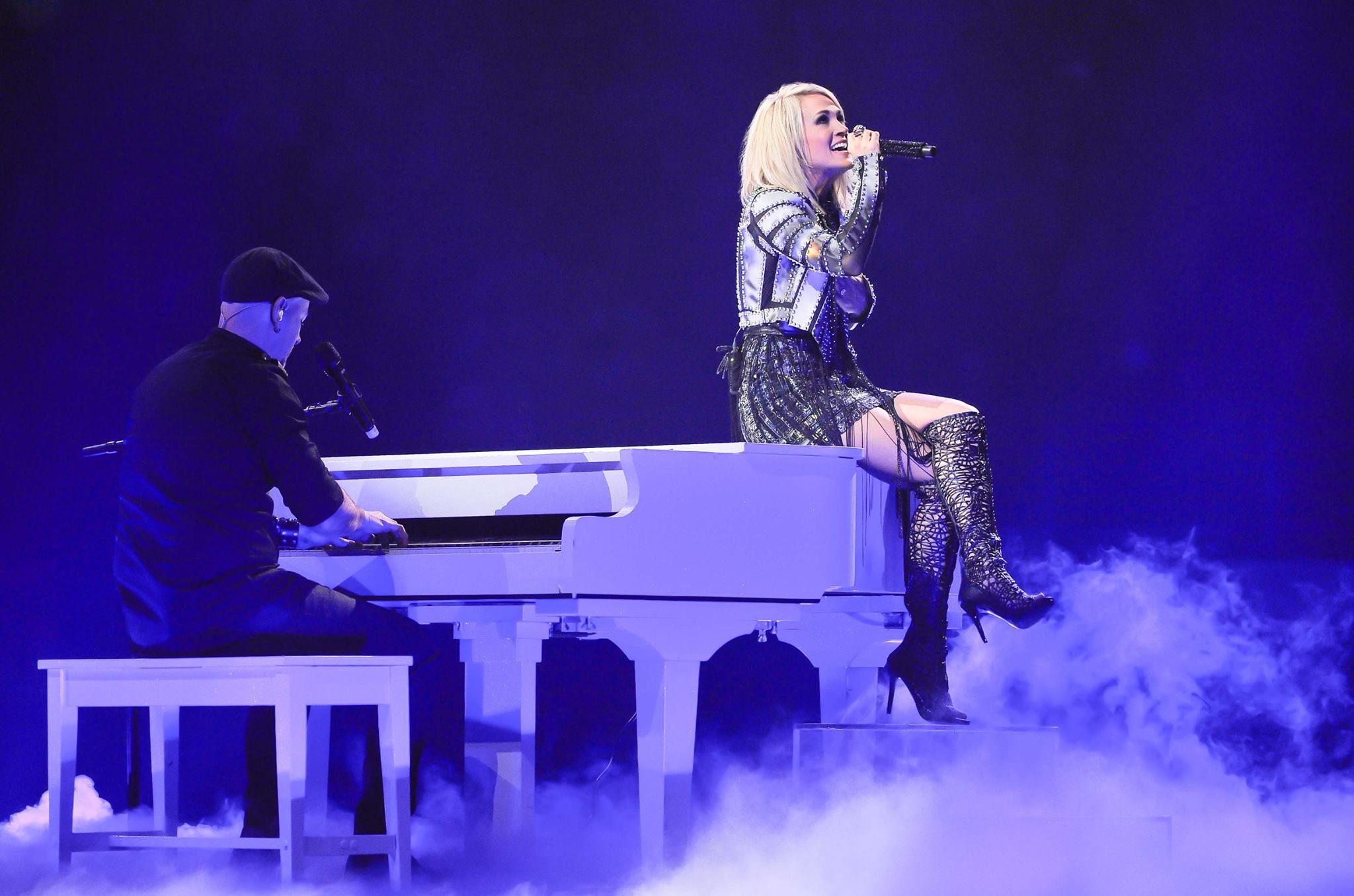 ACM ‘Female Vocalist of the Year’ nominee and seven-time Grammy Award winner, Carrie Underwood‘s latest single “Heartbeat” featuring Sam Hunt has hit the coveted No. 1 spot on both the Billboard and Mediabase Country Airplay charts! This event marks the 23rd No. 1 of her career and 13th as a songwriter.

The 33-year-old singer co-wrote “Heartbeat” with Zach Crowell and Ashley Gorley, and the romantic track was released as the second single from her 2015 Storyteller album.

“I don’t do typically do very many love songs. But ‘Heartbeat,’ when we were writing it, there was something so real about it,” Underwood expressed. “That’s definitely, in some ways, that’s me. It’s my story.”

The successful American Idol alum says the track reflects her relationship with husband Mike Fisher. “I’m the kind of person, I just want to be alone with him, and be one on one,” she confesses.

Underwood just returned to the United States after wrapping up the international dates of The Storyteller Tour this past weekend, playing sold-out shows in the United Kingdom. The weekend before Carrie played for the first time in Scandinavia to thrilled crowds. All 5 dates were a part of Country to Country, Europe’s largest country music festival. Fans can catch Underwood on her sold-out Storyteller Tour, check out her tour schedule below!